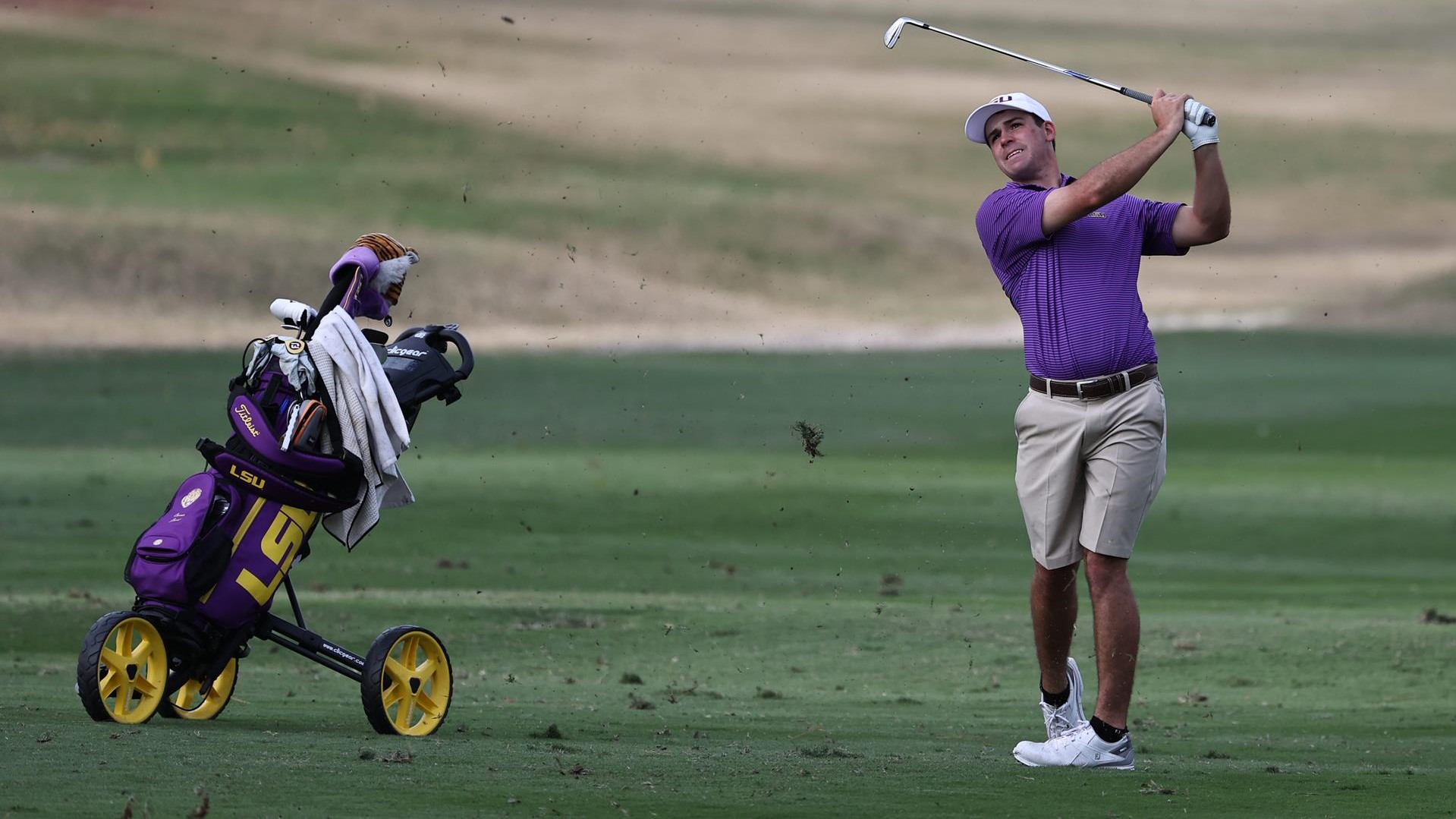 Gainesville, Fla. – The No. 16 LSU men’s golf team is tied for third at the Gators Invitational after playing a round and a half of golf on Friday at the Mark Bostic Golf Course. The Tigers currently sit a 14-under par with six holes remaining in round two.

The tournament, initially slated to be a three-day event with 18 holes played Friday, Saturday and Sunday, shifted plans on Friday morning due to the impending forecast for the weekend. Shotgun starts were utilized Friday morning and golf was played all day long until play was suspended due to darkness. The plan is now to resume play on Saturday morning at 7 a.m. CT with hopes of finishing the tournament before a system moves in Saturday afternoon.

The Tigers came out firing on all cylinders with a season low 10-under 270 in round one led by sophomore Connor Gaunt’s 4-under 66. Gaunt started on No. 7, just like the whole LSU starting five, and birdied five of his first 11 holes to get to 4-under for the round. He sealed the round off with seven straight pars; it’s his third round of 4-under or better this season

Trey Winstead (-2), Nicholas Arcement (-2), and Garrett Barber (-2) all turned in counting scores of 2-under 68 to polish off the 10-under 270. Drew Doyle and Michael Sanders pitched in rounds of even par 70s; Sanders is playing as an individual.

When play ended on Friday night, Winstead was the low Tiger in the clubhouse at 4-under par for the tournament, which has him tied for eighth. Winstead currently has four birdies, six pars, and two bogeys with six holes remaining in the second round. Arcement (-1) and Barber (-1) are currently under par in round two, while Doyle and Sanders have even par rounds going. Gaunt is at 2-over with three holes remaining in round two.

The most up to date scores and standings can be viewed at Golfstat.com. As mentioned above, the plan is to get in as much of the tournament as possible beginning at 7 a.m. CT on Saturday morning.