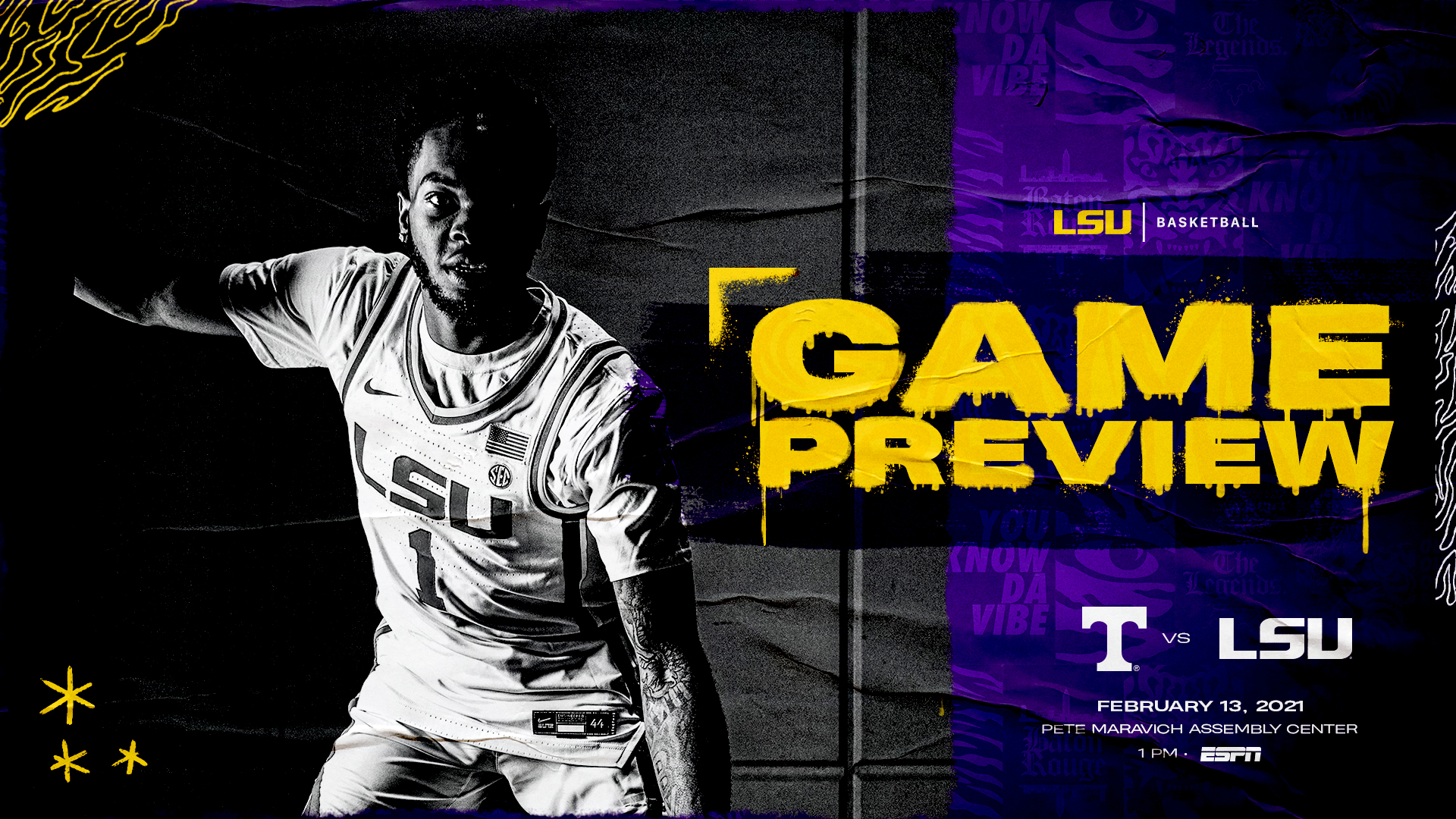 BATON ROUGE – The battle for seeding in both an upcoming Southeastern Conference tournament and an NCAA Tournament puts the spotlight here Saturday as LSU and No. 16 Tennessee battle at 1 p.m. in the Pete Maravich Assembly Center.

The Tigers and the Volunteers are both 7-4 in the league standings, part of a three-way tie for second with Arkansas.

The game will be broadcast on ESPN with Karl Ravech and Jimmy Dykes on the call. The Voice of the Tigers, Chris Blair, and former LSU head coach John Brady will be on the call for the affiliates of the LSU Sports Radio Network (Baton Rouge flagship for Guaranty Media, Eagle98.1 FM).

LSU is 12-6 on the season while Tennessee is 14-4 overall. LSU was a 94-80 winner on the road at Mississippi State on Wednesday night, while Tennessee was a winner against Georgia, 89-81.

LSU showed the offensive balance against State that the Tigers have shown when it has been successful this season.

The Tigers shot 61.3 percent from the floor, making 38-of-62 field goal attempts. It was the fourth time in the Coach Will Wade tenure that the Tigers shot 60 percent or more from the field. It was LSU’s highest percentage in a road game since the John Brady coached Tigers shot 62.0% at Ole Miss on Feb. 15, 2000.

LSU took advantage of 15 Mississippi State turnovers in the game, getting 26 points off turnovers, compared to three for the Bulldogs off seven LSU miscues.

Coach Wade did say in his Friday media session that Mwani Wilkinson is scheduled to be back for the Tennessee game after missing Wednesday’s game for LSU with the (non-COVID-19) flu. Shareef O’Neal will miss the game because of his lingering foot problems.