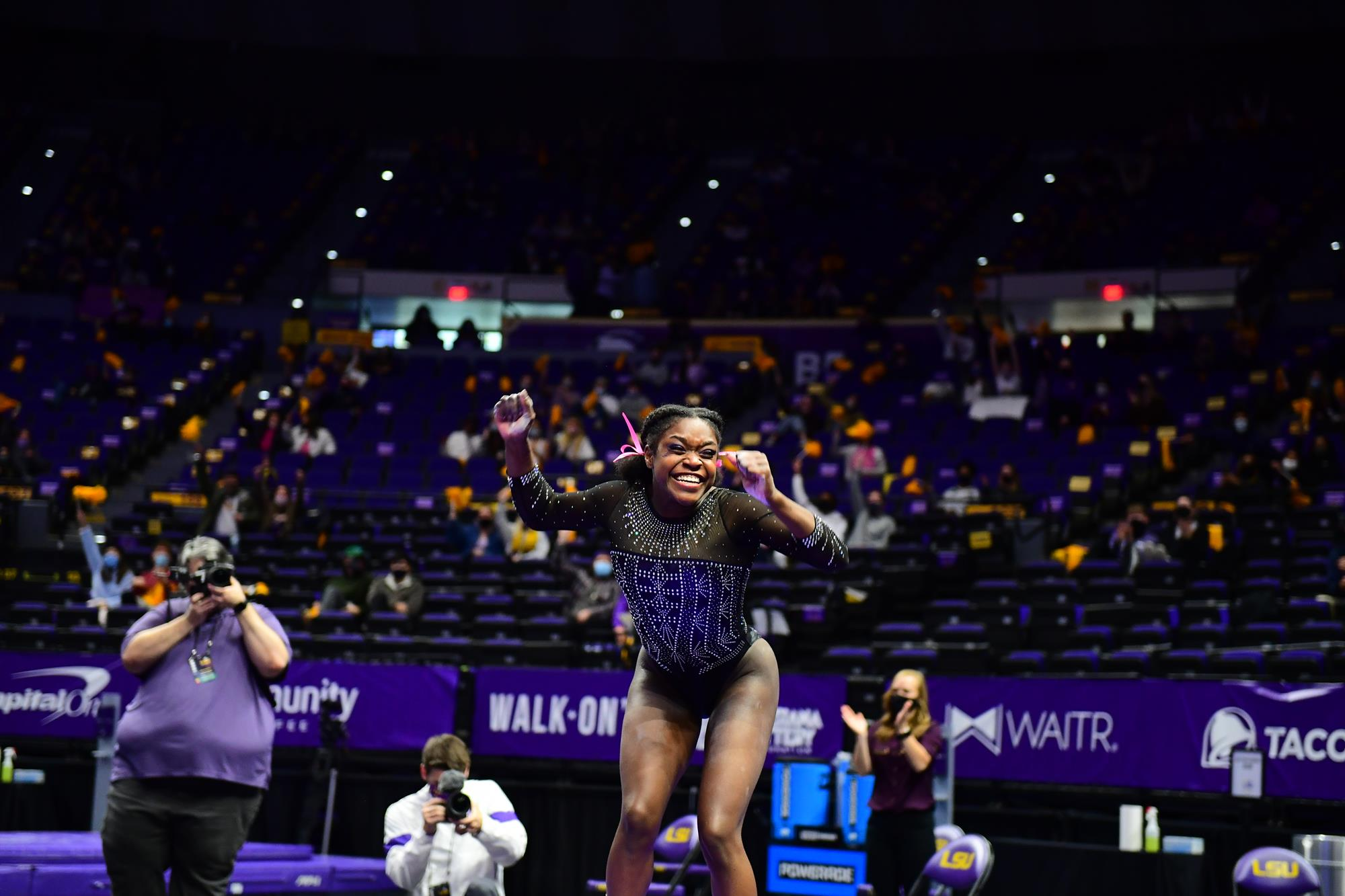 “That was a heck of a meet and a heavy-weight boxing match,” LSU Gymnastics head coach Jay Clark said. “I’m proud of our kids. They fought toe to toe with probably one of the best Florida teams I’ve ever seen. I have nothing but positive things to say about the way they fought and left it all out there tonight.”

Tigers Lead on Vault
LSU opened strong on vault with a 49.600, the best vault score in the nation so far this year. Alyona Shchennikova scored a 9.925 and Elena Erenas scored a 9.85. In her return to competition, Sarah Edwards scored a 9.925. In the final two routines, Kiya Johnson and Haleigh Bryant each earned a 9.95.

LSU Keeps Rolling on Bars
The Tigers built off their strong start with a season high 49.55 on bars for the second-highest score in the nation. Johnson opened up with a 9.92 to set the tone. The freshmen Olivia Dunne and Bryant followed with a 9.85 and 9.875. Shchennikova and senior Sami Dirante wrapped up the season high with a 9.95.

Tigers Stay on Top Through Beam
LSU posted another 49.55 on beam to stay on top of the Gators through three rotations. Christina Desiderio matched her season high on beam, starting the Tigers off with a 9.90. Durante and Bryant followed with a 9.925 and 9.875, respectively. Senior Bridget Dean and sophomore Johnson capped off the rotation strong, each scoring a 9.925.

Squad Goes 198 for First Time This Year
Dean stepped into the first spot on floor and earned a 9.875, followed by Desiderio with a 9.75. Shchennikova scored a 9.925 to match her career high. In her second career floor performance, Sierra Ballard scored a career high 9.925. Edwards scored a 9.875 to give LSU a 49.350.

Up Next
LSU will return to action to face Alabama at 7:30 p.m. CT Friday in Tuscaloosa. The meet will be streamed live on SEC Network+ through WatchESPN.com and the app.

July 2021 CCACSA Student-Athletes of the Month

July 2021 CCACSA Student-Athletes of the Month

Olivia Dunne and NILSU: This is History

Olivia Dunne and NILSU: This is History