Volleyball Battles in Four Set Loss at No. 9 Florida 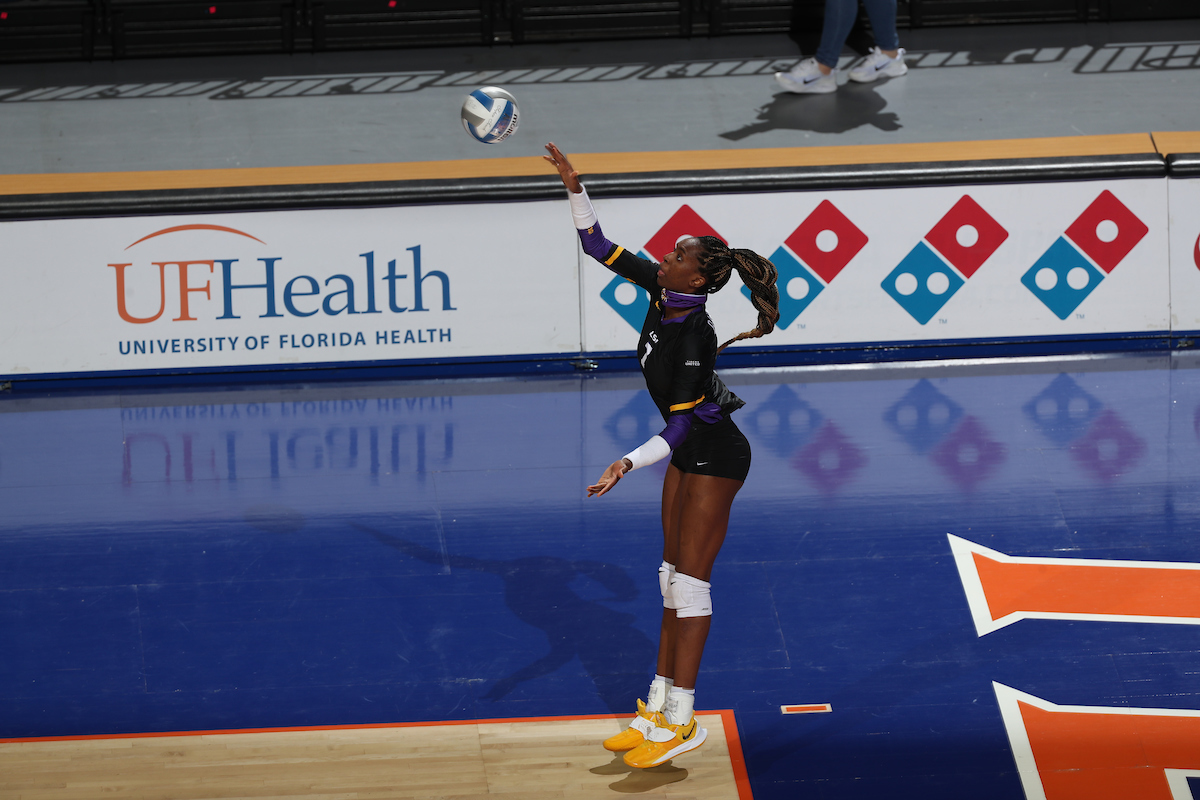 Gainesville, Fla. – The LSU Volleyball team battled hard in a four-set loss to No. 9 Florida Thursday night in the Exactech Arena.

Florida took the first set, 25-17, but LSU responded in a tightly contested second set to even the match, 25-22. The third set was also close, but Florida pulled away towards the end and won, 25-20. Florida led the fourth set all the way through , 25-19, to clinch the match.

“I’m super proud of our team,” said head coach Fran Flory. “We played and gave everything we possibly could to this match – physically, mentally and emotionally.”

The Tigers will be back at the PMAC for the first time this spring next Thursday and Friday for two matches hosting Arkansas who is 8-4 on the season and has two matches at home against Alabama later this week.

Florida was able to kill balls all night long at a high clip with a hitting percentage of .300 to LSU’s .169.

“We need to figure out how to kill more balls,” said Flory. “Our ball control kind of failed us and our outsides had to carry too much of the load, and we have to be a more diverse offense and spread the sets and choices out.”

The duo of T’ara Ceasar Thayer Hall led Florida offensively and finished with 20 and 19 kills, respectively. Ceasar added 15 digs for a double-double. Holly Carlton had 55 assists and three service aces.

Taylor Bannister led LSU with 15 kills and added nine digs too. Whitney Foreman paced the match with six total blocks. Paige Flickinger and Raigen Cianciulli each had 12 digs for LSU.

“The bottom line is,” Flory explained, “Florida’s physicality and size beat us today. That was the defining factor.”