No. 2 LSU and No. 1 Florida Face off Friday Night 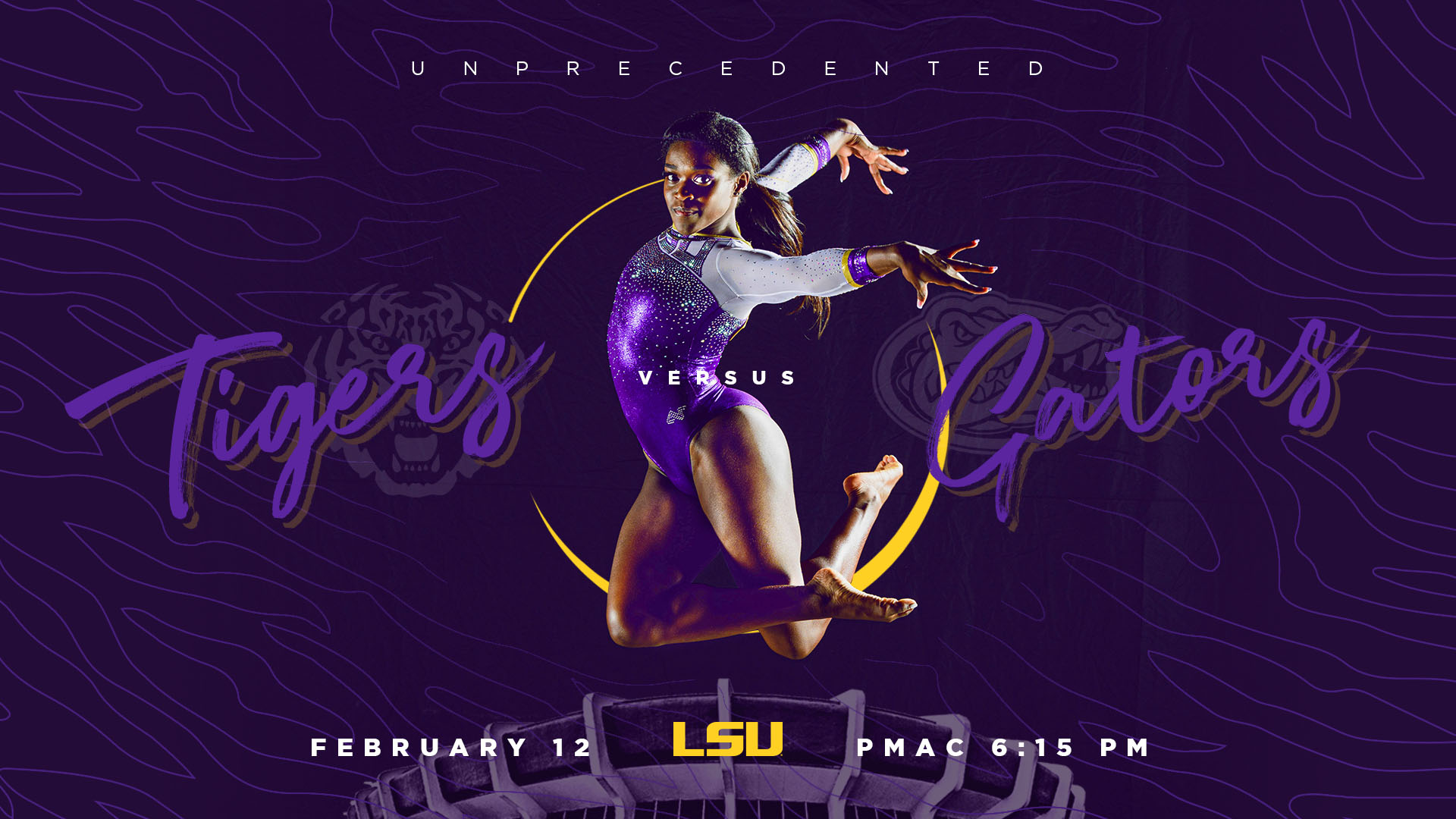 Intros for the showdown between the top-two teams in the rankings will begin at 6:15 p.m. CT. The meet will be televised live on SEC Network with Bart Conner and Kathy Johnson Clarke on the call.

The meet is officially sold out with a limited number of student tickets available at the PMAC ticket office prior to doors opening at 5:15 p.m. Fans are encouraged to visit stubhub.com, the official ticket marketplace of LSU Athletics.

The same PMAC guidelines from the two previous home meets are still in place. Fans will be required to wear face masks and there will be up to 25 percent capacity in the arena with fans physically distanced. A comprehensive and updated list of COVID-19 related changes can be found here.

Clark Previews the Meet
“There has been a lot of build up for this meet and for obvious reason when it’s No. 1 vs. No. 2,” LSU head coach Jay Clark said. “I really believe in this team and the preparation all season. This is another meet to build and move toward achieving some of the goals we’ve set forth. I am sure all 2,000-plus fans that will be with us will be excited and ready to go.”

Last Time Out
The Tigers are coming off three-straight 197-plus scores spread between two road meets and one home meet. In the win over No. 22 Auburn, Sami Durante took the bars title with a 9.95. Alyona Shchennikova, Elena Arenas and Haleigh Bryant split the vault title with a 9.90. Bryant took the all-around title with a 39.550, for her third-straight win. Shchennikova made her all-around debut and scored a 39.525 to finish right behind Bryant. Following their performances in Auburn, Bryant was named the SEC Freshman of the Week and Shchennikova was named the SEC Gymnast of the Week.

Each Class Balances Out Routines in 2021
This season, LSU’s lineups have been pretty balanced between the three classes with gymnasts who have performed. Out of 96 total routines, 38 have come from the seniors, 24 from the sophomores and 34 from the freshmen. Shchennikova and Kiya Johnson have contributed 23 of the sophomore’s 24 routines. Both the freshman and senior class have been made up of five gymnasts.

LSU and Florida have been two of the top teams in the country over the last decade. The two teams have won every SEC regular season and meet championship since 2016. At least one of the two teams have finished top-five nationally in every season since 2006.