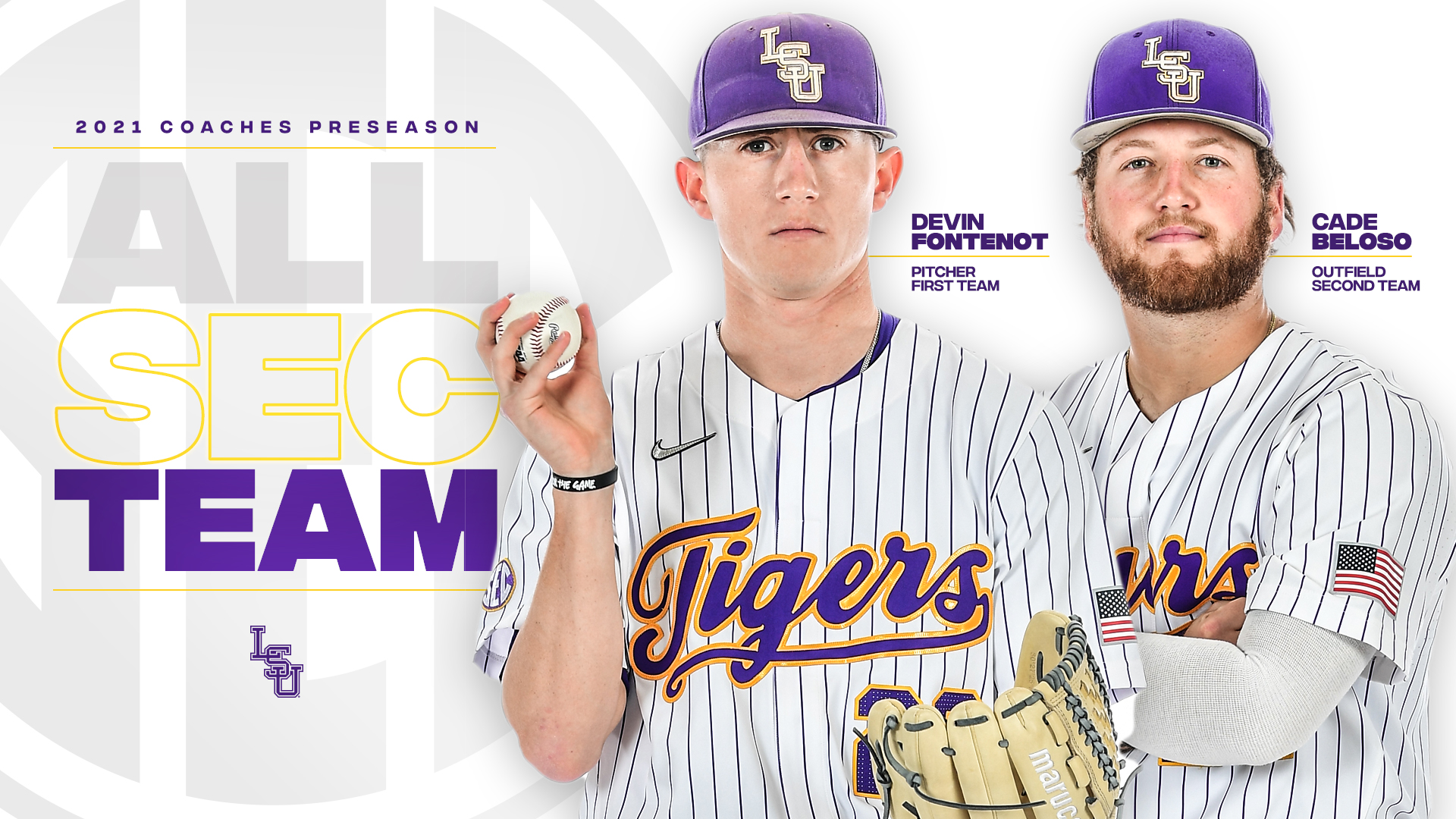 BATON ROUGE, La. – LSU pitcher Devin Fontenot and outfielder Cade Beloso on Thursday were named to the 2021 Coaches Preseason All-SEC squad. Fontenot was voted to the first team, and Beloso was voted to the second team by the league’s head coaches.

Beloso, a junior from New Orleans, La., has played as LSU’s starting first baseman for the past two seasons, and he is scheduled to move to the outfield in 2021.

Beloso was named to the 2019 NCAA Baton Rouge Regional All-Tournament team after hitting .375 (3-for-8) with one homer and three RBI. He is a two-time member of the SEC Academic Honor Roll as a sport administration major.