Volleyball Swept at No. 9 Florida 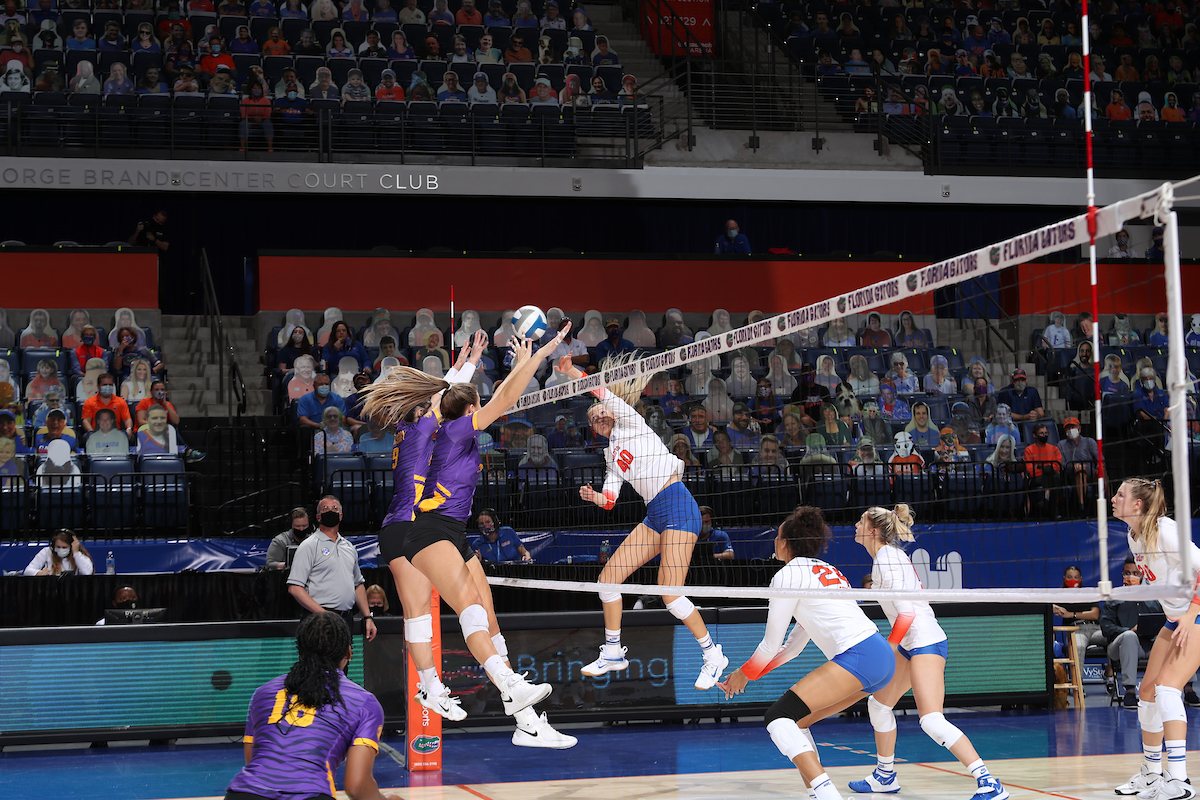 GAINESVILLE, Fla. – The LSU Volleyball team struggled to get into rhythm Wednesday evening against No. 9 Florida as the Gators swept the Tigers in the Exactech Arena.

The two teams will go to battle once again Thursday night in Gainesville at 5 p.m. CT on the SEC Network +.

“We need to kill more balls,” said head coach Fran Flory. “Their size backed us down a little bit. They had six blocks in the second set and I haven’t had that happen very frequently. We can’t allow their blocking and their size to affect us. We have to be assertive and decide that we’re going to score. We’re athletic enough, we’re fast enough and we have enough shot selection; we just have to pick the right shot at the right time and swing like we’re going to score.”

LSU battled in a tightly contested first set before Florida inched to the win, 27-25. The Gators dominated in set two, 25-15. The Tigers battled until the end though. They trailed 24-20 and rattled off five straight points, but ultimately fell 28-26.

“We’re a whole lot closer than our team may understand,” said Flory. “We left so many point on the floor and gave away a lot of opportunities. I think when our team watches the film they will notice that we can clean this stuff up.”

Taylor Bannister led the Tigers with 10 kills. Down 24-23 in the third set, Bannister threw her body on the line, flipping in to press row to save a ball as LSU rallied late before dropping the match.

Match point.
Last Chance.
Put your body on the line.