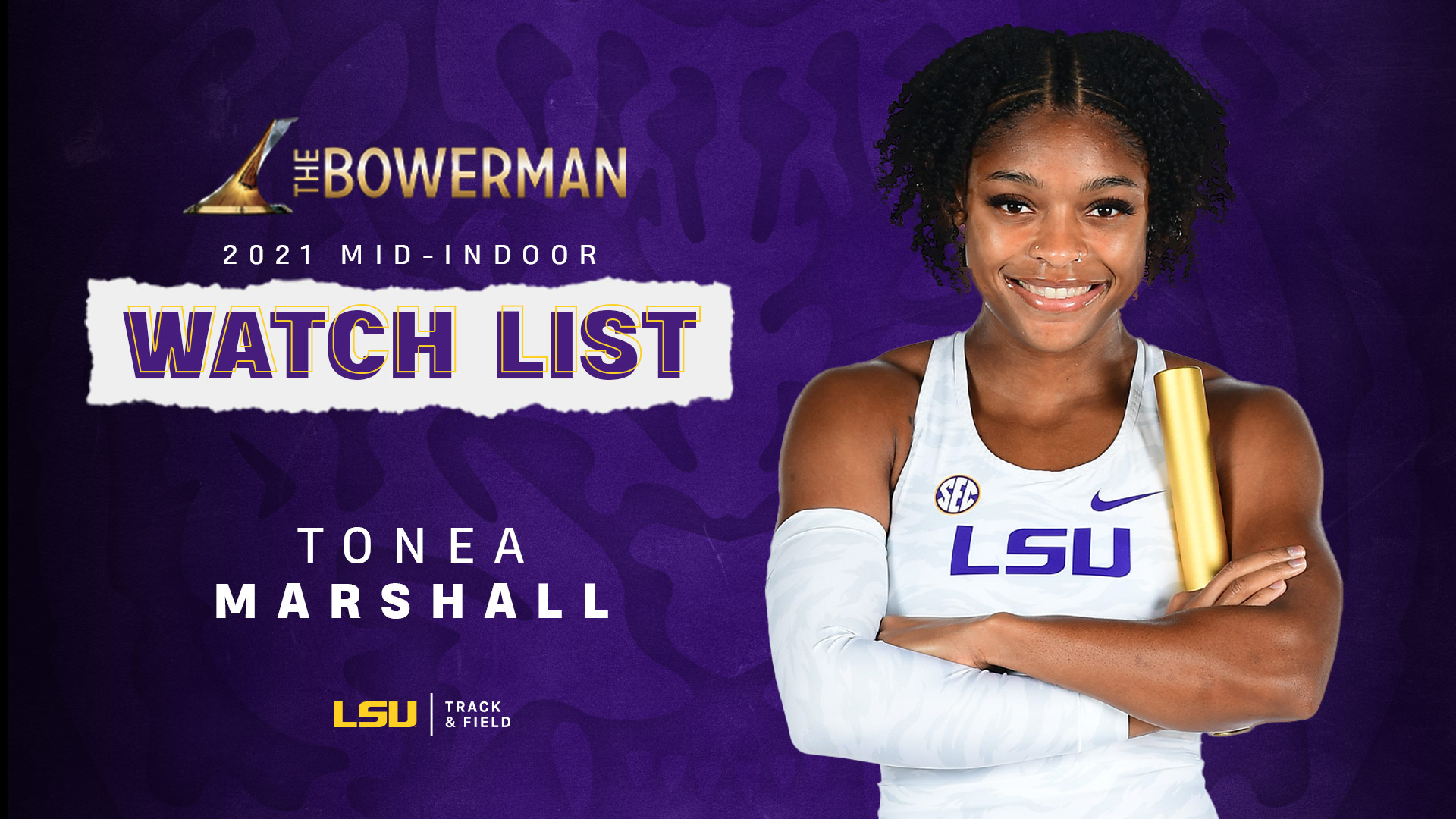 Baton Rouge, La. – LSU track and field senior Tonea Marshall was named to the first edition of The Bowerman Watch List for the 2021 season on Wednesday afternoon. She is one of 10 collegiate women to be named to the list that features the best of the best in the NCAA.

Marshall is the fastest hurdler in the world for 2021 thus far as she ran a personal best of 7.86 seconds in the 60 meter hurdles on January 24 at the Randal Tyson Track Center to win the event title at the American Track League meeting No. 1.

Marshall has been unable to represent and compete for LSU during the 2021 indoor season because the NCAA did not allow seniors from 2020 to get a year back even though the season was cancelled before the NCAA Championships occurred. This is Marshall’s third-career appearance on The Bowerman Watch List and she made her debut on February 5, 2020.

Marshall is eligible to compete for LSU once the outdoor season begins. This is the first of seven watch lists that will be featured throughout the 2021 NCAA track and field season. Lisa Gunnarsson, a senior on the women’s track and field team, is currently receiving votes for the list as well thanks to her NCAA leading pole vault of 14′ 10″ (4.52 meters).