Basketball Shoots Lights Out in Win at State, 94-80 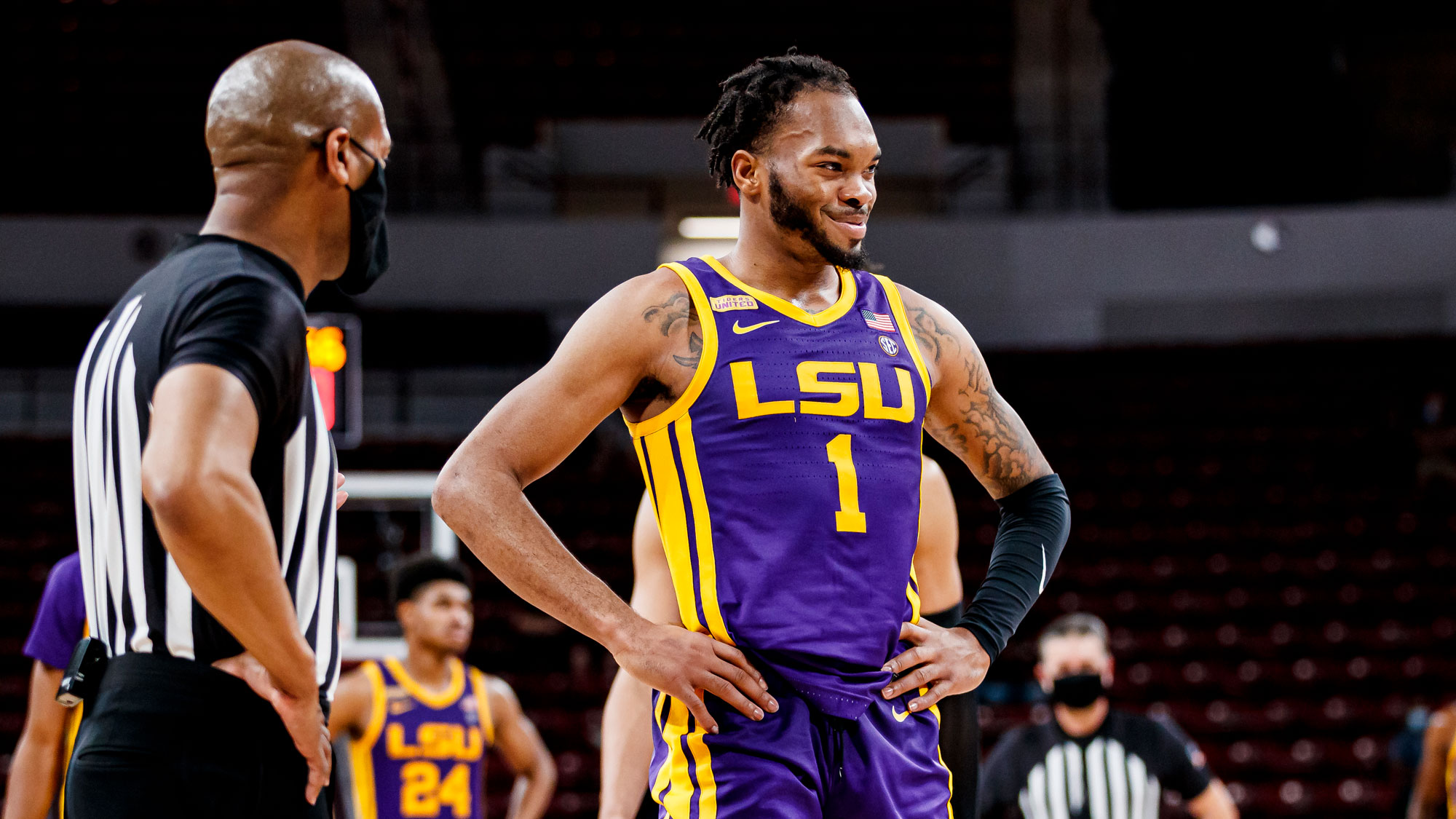 The win puts LSU at 12-6 on the season and 7-4 in the Southeastern Conference, in a tie for second place with Arkansas and Tennessee. Florida, which did not play, is 6-4. Mississippi State fell to 11-10 and 5-7. LSU and Tennessee will meet on Saturday at 1 p.m. at the Maravich Center.

Having to play four straight conference games on the road for the first time since the 1972 season, LSU went 2-2 in the four-game swing (wins at A&M and Mississippi State) and will play its first conference home game since mid-January on Saturday.

Days played almost 29 minutes and had 16 points and 11 rebounds. He hit 6-of-10 field goals with four three-pointers. Javonte Smart had a double double of points and assists getting 22 points and 11 of LSU’s 22 assists on the night. Smart was 8-of-10 from the field, 2-of-3 from distance and 4-of-4 from the charity stripe.

Cameron Thomas led LSU with his fourth straight 20-point game, this time of 25. Thomas was 9-of-16 from the floor with three treys and 4-of-5 at the free throw line. Trendon Watford was back in double figures with 14 points on 7-of-14 shooting.

Both teams had 28 rebounds, but the 15 Mississippi State turnovers led to 26 points for the Tigers. Mississippi State was able to only get three points off the LSU turnovers. LSU had a 48-34 advantage in points in the paint and 24-8 margin on fast break points.

LSU played without Shareef O’Neal (foot) and Mwani Wilkinson (non-COVID-19 illness), both of whom did not make the trip with the team. Aundre Hyatt started and played 18 minutes. He was a big factor early in the second half as he hit a three-pointer and got a couple of easy baskets finishing the night with seven points.

Josh LeBlanc played 19 minutes off the bench and was 4-of-4 from the field for eight points.

State took as much as a six-point lead in the first five minutes of the game, getting up 15-9, with 14:50 to go in the first half. Down 24-20, LSU would eventually talk the lead for good on an11-0 run capped when Watford got a second chance bucket, Days hit a three and Smart scored to make it 31-24 in favor of the Tigers.

LSU led at intermission, 41-39. Hyatt’s play got LSU a 52-43 lead and forced a Bulldog timeout with 15:57 to go in the game and State got no closer than three. The Bulldogs had cut the game to 73-70 with 8:02 to play, but Smart hit a jumper, got the defensive rebound of a State miss and got the ball to Thomas for a three that pushed the LSU margin back to eight, 78-70.