Volleyball Back in Action at No. 9 Florida 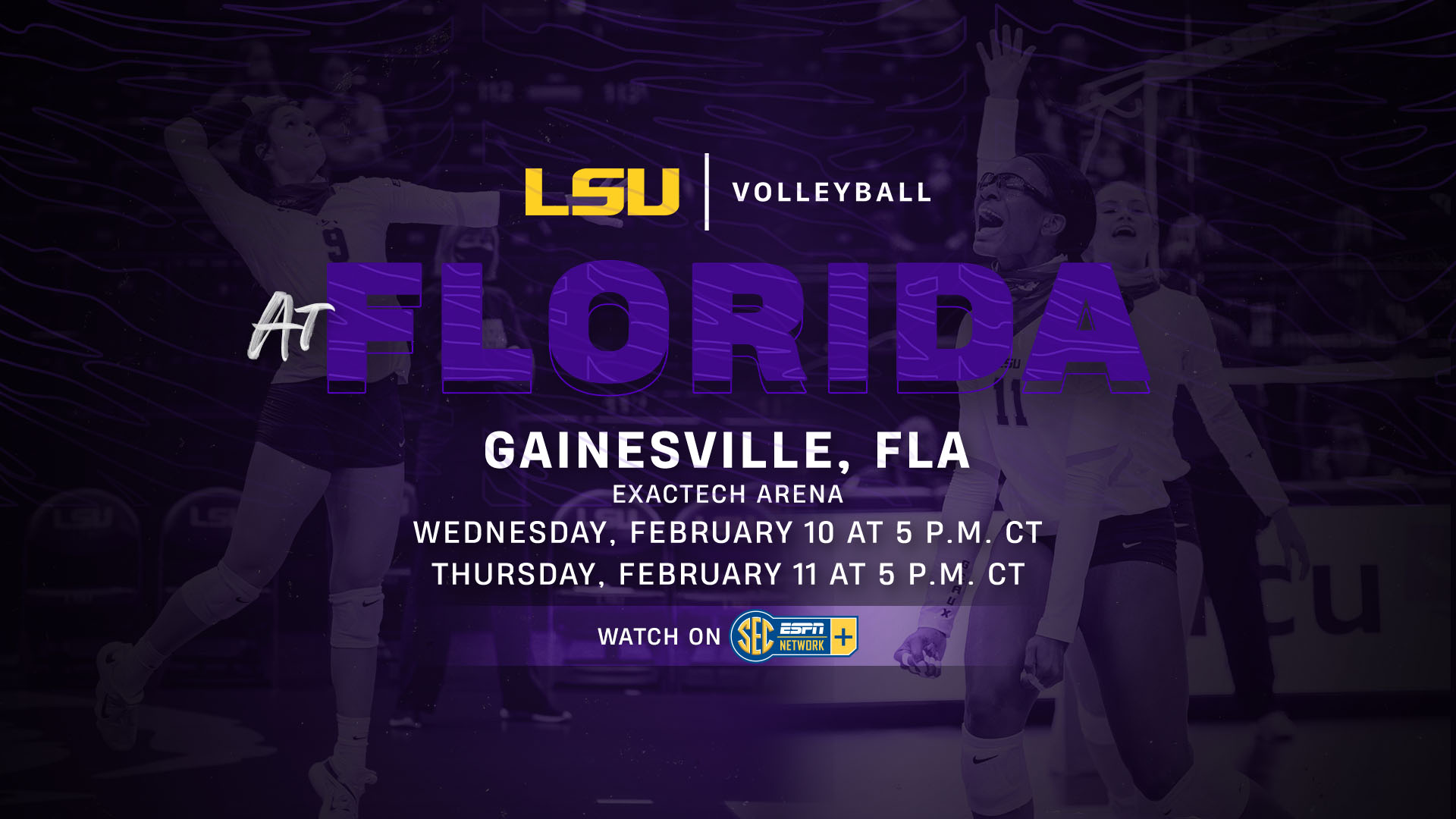 GAINESVILLE, Fla. – The LSU Volleyball team will be back in action following its bye week against No. 9 Florida on Wednesday and Thursday for two matches in the Exactech Arena.

Both matches are set to begin at 5 p.m. CT and will be streamed online via the SEC Network +.

Before its bye last week, LSU went tooth and nail at No. 17 Missouri in two matches that both went five sets before ultimately falling in both matches to open the spring. Florida is also coming out of an off week after it had matches with Missouri postponed last week. The Gators swept Ole Miss in two matches in the first weekend of spring competition.

“Florida is physical, they are well trained and they will play a style of volleyball that requires you to beat them,” said head coach Fran Flory. “They have weapons everywhere and have a senior laden roster so it is a great opportunity for us.”

Despite its two losses at Missouri two weeks ago, LSU showed promise with veterans and newcomers alike making contributions to force five sets in both matches. Freshman Paige Flickinger picked up right where she left off in the fall, recording back-to-back double-doubles to bring her season total up to four in eight total matches. Sophomore setter Karli Rose also had double-doubles in both matches at Missouri.

Hannah Brister, playing in her first matches for LSU since transferring from Northwestern State, earned starts in both matches at Missouri and showed that she belonged in purple and gold. After settling in during the first match, she made her presence known in the second match at Missouri, recording 21 kills while hitting an LSU season-high .432 as well as having 13 digs.

Between Brister, Flickinger and senior right-side Taylor Bannister who has the eighth most kills in program history, the Tigers appear to have three major offensive threats for Rose to be able to get the ball to for kills.

“We need to be efficient, assertive and cannot back off,” said Flory. “We can’t worry that they are leading the league in anything. We need to do what we do and let our side dictate rather than waiting to see what they will do.”

Florida will be a test for LSU though as the Gators have excelled both offensively and defensively throughout the fall and early spring. They are able to get the ball to their playmakers on offense who kill balls with the third best hitting percentage in the league. Defensively, Florida is the top team in the SEC in blocking at the net with two players in the top-10 in the SEC, including Lauren Dooley who leads the league.