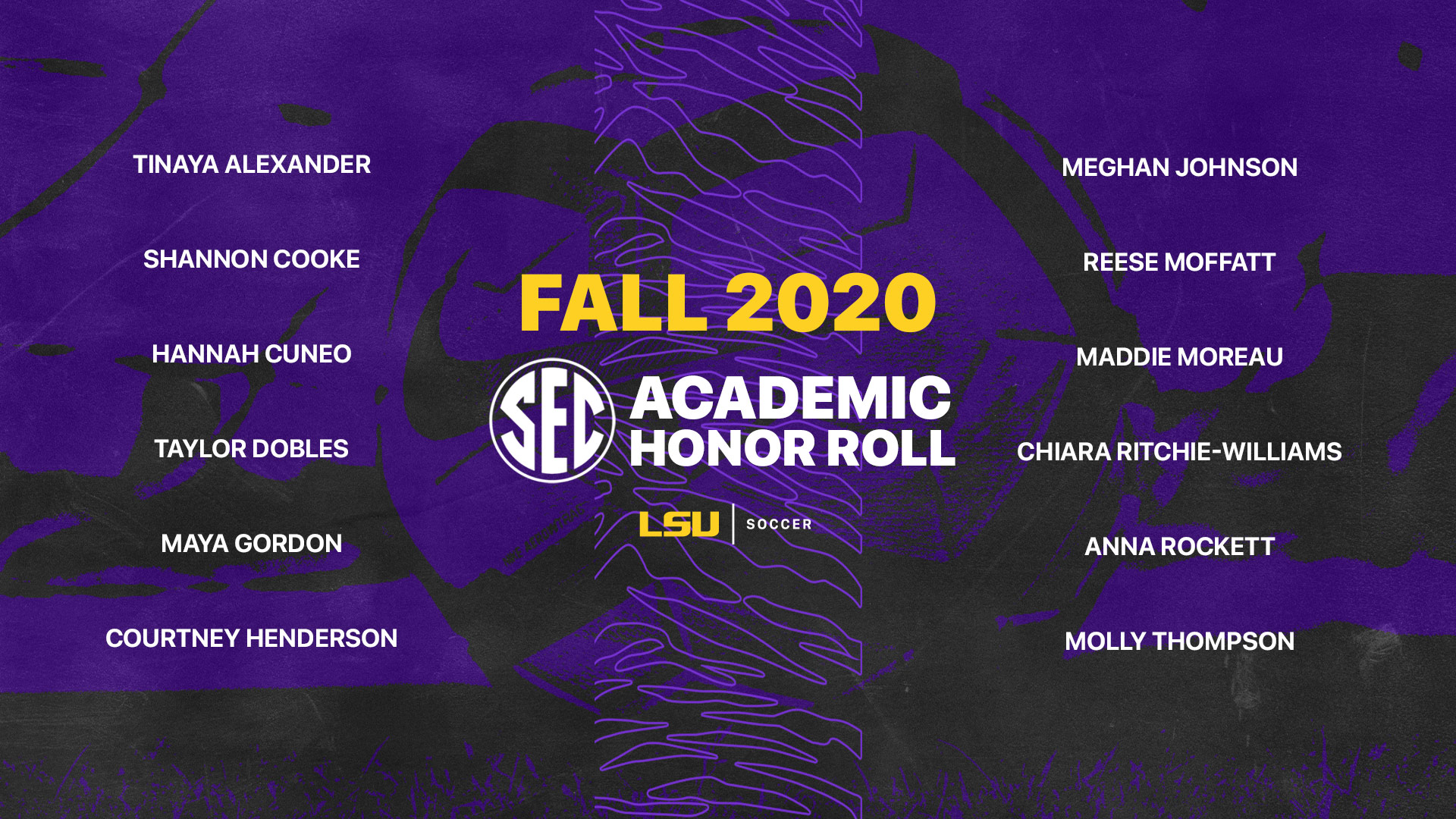 Baton Rouge, La. –  The LSU soccer program had 12 student-athletes honored for their work in the classroom on Tuesday morning as they were named to the 2020 Fall SEC Academic Honor Roll. The full list of soccer honorees are listed below:

LSU played 11 games during the fall season against SEC opponents only. The Tigers won two out of their last three and advanced to the quarterfinals of the SEC Championship. LSU will return to action for the spring portion of their season on February 19 with a home game against Southern Miss at LSU Soccer Stadium. The full schedule can be viewed at lsusports.net.