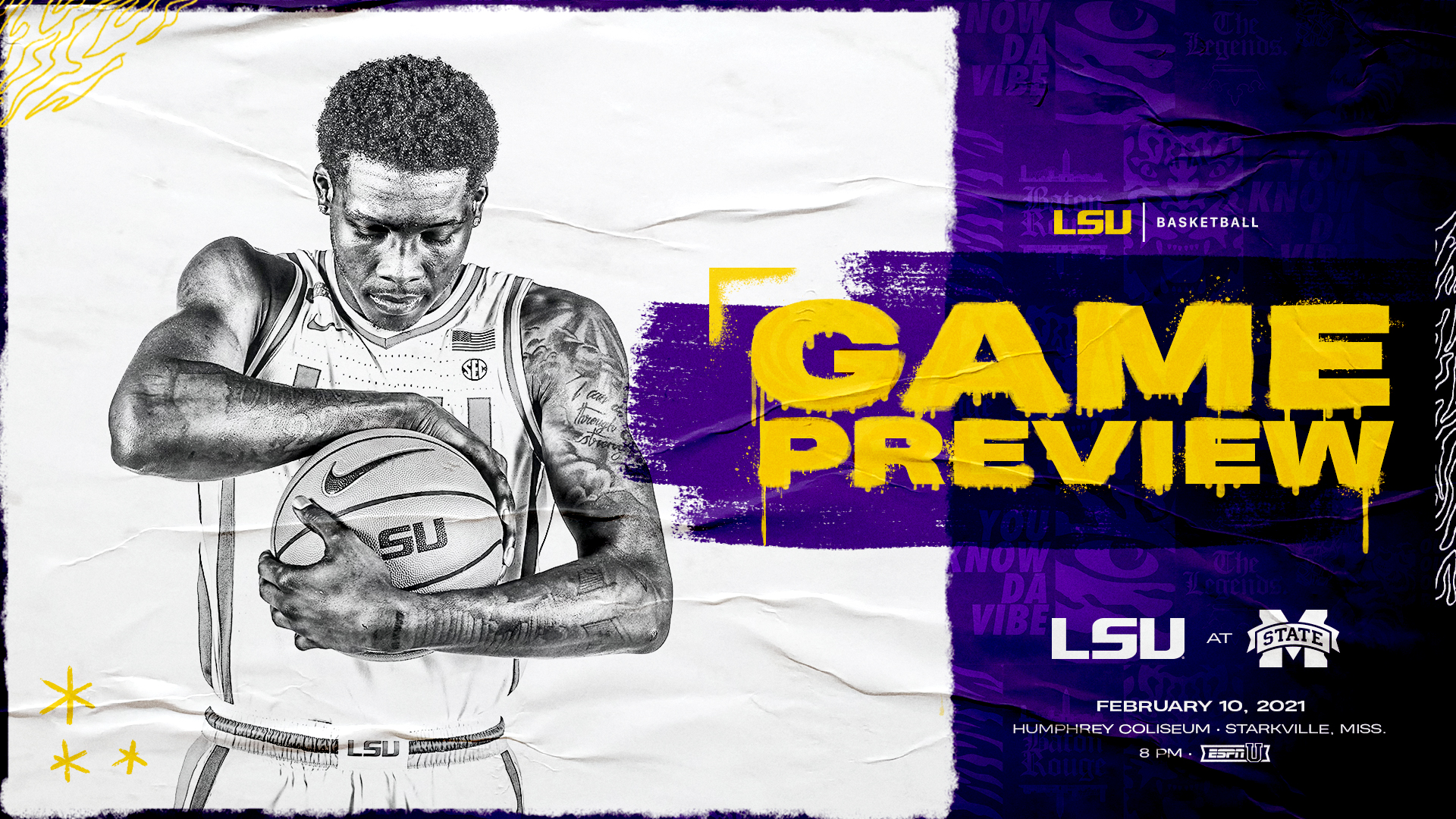 BATON ROUGE – The LSU men’s basketball team, after an unexpected open date on Saturday, gets back to play Wednesday when the Tigers travel to Starkville, Mississippi to take on the Mississippi State Bulldogs.

The game is set for just after 8 p.m. at Humphrey Coliseum with Beth Mowins and Dane Bradshaw to call the telecast on ESPNU. The “Voice of the Tigers,” Chris Blair and former LSU head coach John Brady will broadcast the game on the affiliates of the LSU Sports Radio Network (including Guaranty Media flagship affiliate Eagle98.1 FM in Baton Rouge).

While the Tigers did not host Florida as scheduled because of Covid issues within the Gator program, Mississippi State scored a 75-59 win at South Carolina on Saturday. D. J. Stewart Jr and Iverson Molinar combined for 45 points in the win with Stewart posting 29 and Molinar 16. The pair were 16-of-28 from the floor and 6-of-11 from the arc.

LSU junior Darius Days is still listed as doubtful for the game after his ankle injury in the Texas Tech game but Coach Will Wade said on his radio show Monday night that Days began some 5-on-0 work during practice earlier in the day and that there was a chance he could see some action on Wednesday. The Tigers, the coach mentioned, has some other injuries that the team is also dealing with.

State is led by Stewart at 17.7 points per game with Molinar at 16.8. Tolu Smith is the other player averaging in double figures at 12.6 points per game.

LSU will finally play a conference home game on Saturday at 1 p.m. in the Maravich Center when the Tigers play Tennessee. The game is set for 1 p.m.