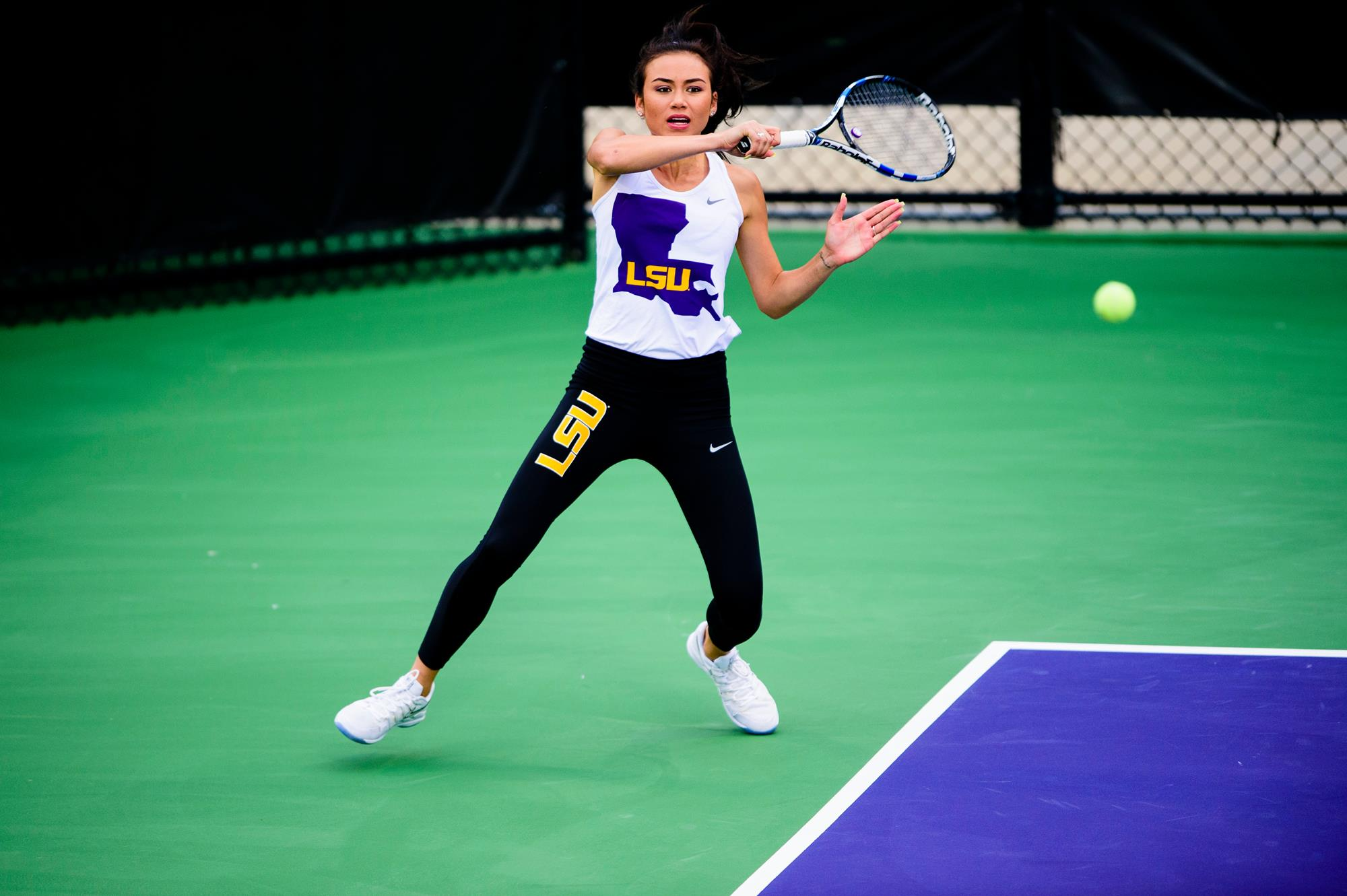 Dallas, Texas – The LSU women’s tennis team finished the road weekend with a strong 4-1 victory over the SMU Mustangs on Sunday, February 7, at the SMU Tennis Complex.

“World class grit and effort from everyone this weekend,” co-head coach Michael Sell said. “The team’s identity continues to grow every match. We got off to a good start in doubles and were able to bounce back in singles after dropping the second sets, showing our mental fortitude. We challenged this team with five matches in eight days and now it’s time to get back home and get healthy before SEC play begins next week!”

The No. 14-ranked duo of senior Eden Richardson and sophomore Nina Geissler struck first for the Tigers, dispelling No. 52 Jackie Nylander and Chandler Carter by a score of 6-1 at the No. 1 doubles.

LSU clinched the doubles point at the No. 2, where seniors Taylor Bridges and Paris Corley held off the duo of Claudia Bartolome and Nicole Petchey in a 6-3 contest.

SMU grabbed its lone point of the afternoon at the No. 2 singles, when Hadley Doyle defeated No. 83-ranked sophomore Safiya Carrington, 6-2, 6-3, to make it 1-1.

Freshman Samantha Buyckx made it 2-1 after defeating Kiana Graham at the No. 6. Buyckx went up early and took the first set 6-1 before holding off a late charge from Graham in the second, winning 6-4 and claiming her second win of the season.

Richardson claimed her third win of the season and extended LSU’s lead to 3-1 with a straight set win at No. 3 over Carter. Richardson came out the gate strongly, working quickly to win the first set 6-1. The second set was closer, with Richardson able to pull ahead and hold Carter off to win 6-4.

At the No. 1, No. 41 Bridges clinched the match for LSU with a win over Nylander. Bridges claimed the first set 6-1 before Nylander equalized by taking the second, 6-3. Bridges recovered from her second set and dominated in the third, blanking Nylander 6-0 and claiming victory for the Purple & Gold.