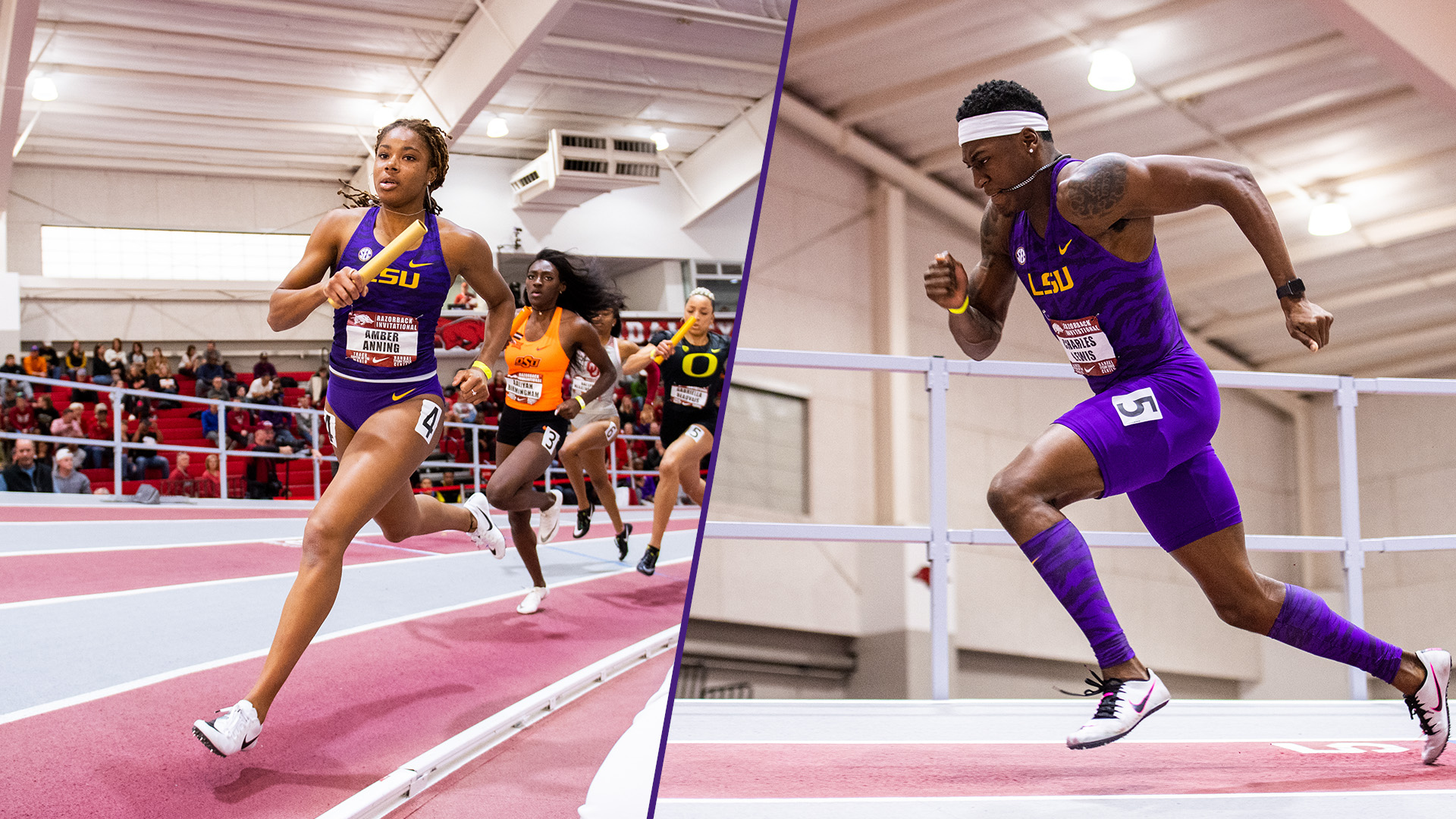 Baton Rouge, La. – LSU track and field will travel to Bryan-College Station, Texas to compete in the Charlie Thomas Invitational which will take place on Saturday, February 6 at the Gilliam Indoor Stadium.  The meet will be streamed on WatchESPN.com starting at 3:05 p.m. CT.

Aliyah Whisby will get the Tiger’s day started with the women’s long jump starting at 11 a.m. CT and the meet is projected to finish at 6:50 p.m. CT.  LSU is taking a group of 42 athletes (22 women, 20 men) with them to compete on Saturday.  The Tigers will be facing off against some of the top track and field programs in the country as they will be competing against Texas A&M, Houston, Texas, UTSA, and Oklahoma.

Freshman Sean Burrell will be making his debut in the 400 meters on Saturday which will be his first competition since anchoring the winning 4×400 meter relay team at Woo Pig Classic earlier last month.  Burrell secured the victory for the Tigers in the event, greatly contributing towards the Tiger’s time of 3:06.64 which is No. 3 time in the NCAA.  Noah Williams, one of the four runners from the team’s leading 4×400 meter relay, is making his LSU individual debut in the 400 meters as well on Saturday.  The transfer from Akron University has a PR of 46.13 which won him the 400 meter title at the 2020 MAC Indoor Track and Field Championships.

Aliyah Whisby will be competing in the long jump event and hopes to put together another winning performance as she did in her LSU debut at the Louisiana Invitational.  Whisby registered the seventh best leap in the NCAA and the eighth best mark in school history with her mark of 21′ 0.5″ (6.41 meters).

The second iteration of the 2021 U.S. Track & Field and Cross-Country Coaches Association rankings were released this week and the men’s team remains in the three spot while the women’s squad is still seventh.

The women’s team has six athletes who currently hold top ten marks in the NCAA.  Lisa Gunnarsson is the NCAA leader in the pole vault for her clearance of 14′ 10″ (4.52 meters) which she set in the team’s indoor season debut last month.  Abigail O’Donoghue holds the second-best mark in the NCAA this season for her winning performance in the high jump with a clearance of 6′ 2.25″ (1.89 meters) at the Woo Pig Classic.  Monique Hardy has been a tremendous addition to the team as she has won the weight throw event in each of the three competitions in her debut season.  Hardy registered a toss of 69′ 7″ (21.21 meters) in the team’s most recent meet, the Louisiana Invitational, which is ranked as the eighth best mark in the NCAA. The other three top ten marks are from Aliyah Whisby (TJ/No. 7), Milan Young (60m Hurdles/No. 9), and Symone Mason (200m/No. 10).

Nine LSU track and field athletes have etched their way into the LSU record books during the course of the team’s first three meets.  Lisa Gunnarsson surpassed her own school record of 14′ 9.5″ (4.51 meters) with her clearance of 14′ 10″ (4.52 meters) at the LSU Purple Tiger meet, and Abigail O’Donoghue matched her own school record earlier last month for her clearance of 6′ 2.25″ (1.89 meters) in the high jump event.  Monqiue Hardy and Emma Robbins entered the LSU top ten list in the weight throw for their recent performances of 69′ 7″ (No. 2) and 66′ 1″ (No. 3), respectively.  Aliyah Whisby is one of the newest additions to the list as she registered a leap of 21′ 0.5″ (6.41 meters) in her LSU debut at the Louisiana Invitational which is the eighth best mark in school history.

Davis Bove ran a time of 4:00.20 in the mile at the Woo Pig Classic which is the third best time in the history of the program.  Jon Nerdal, a transfer from the University of Minnesota, made his way into the LSU record book for his toss of 70′ 1.5″ (21.37 meters) which is the fifth best throw in school history.  Nerdal wasn’t the only thrower on the men’s team to register a top ten mark as Jake Norris did so during the same meet.  Norris had the best throw of his career at the Louisiana Invitational as he recorded a PR of 71′ 11″ (21.92 meters) which is the fourth best toss in the history of the LSU.   JuVaughn Harrison tied his own LSU top ten mark of 7′ 5.75″ (2.28 meters) in the high jump during the Louisiana Invitational to rank second in school history.

SEC Athletes of the Week

The Tigers had an eventful week as three athletes were given awards by the conference for their performances in the team’s most recent meet, the Louisiana Invitational.  The Men’s SEC Field Athlete of the Week was awarded to JuVaughn Harrison for his NCAA leading clearance of 7′ 5.75″ (2.28 meters) in the high jump.  Harrison is no stranger to winning conference awards as this is already the second time he has received this honor in the 2021 indoor season.  The Tigers also were awarded both the Men’s and Women’s SEC Freshman of the Week because of two impressive performances by freshman.

Monique Hardy won her third consecutive weight throw event to start off her career with her toss of 69′ 7″ (21.21 meters).  That throw is the eighth best mark in the country and the best overall by a freshman.

On the men’s side, Sean Dixon-Bodie came away victorious for his leap of 53′ 7″ (16.33 meters) which ranks as the fifth best jump in the NCAA and second best by a freshman.  The Tigers have now garnered an award by the conference five times so far this season.