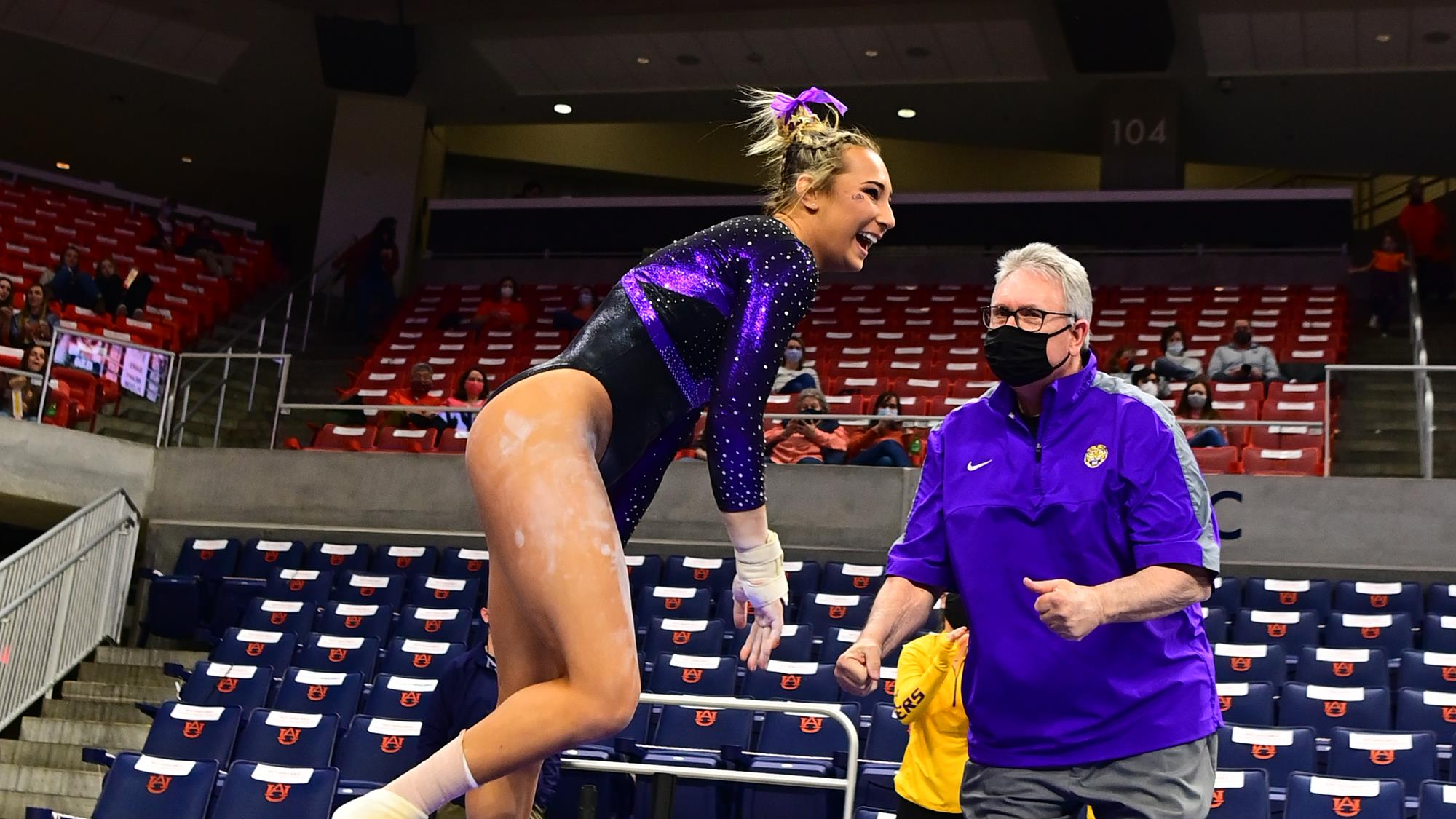 Gymnastics Earns Second-Best Score in the Nation at Auburn

“I am so proud of the fight tonight from the entire team,” head coach Jay Clark said. “We had some new faces in our lineups and they all delivered. Their confidence is growing and they know what it takes. We haven’t even put together a full meet yet so the future is bright”

Freshman Haleigh Bryant led the way for LSU on Friday night with a 39.550 for the all-around victory. In her first collegiate appearance in the all-around, sophomore Alyona Shchennikova scored a 39.525 to finish second overall.

Bars Opens Night Strong
The LSU bars lineup scored a 49.475, which is the second best in the nation in 2021. Three LSU gymnasts matched or set career highs. Kiya Johnson started the night with a 9.90. Chase Brock and Olivia Dunne followed with career highs of 9.875 and 9.925. Bryant and Shchennikova each scored a 9.825. Sami Durante anchored the event with a 9.95 to match her career high and earn the victory.

Floor Matches Season High
The LSU floor lineup matched a season high with a 49.450 and hit six for six. Reagan Campbell scored a season high 9.90 and Shchennikova scored a 9.925 to set a new career high. Freshmen Sierra Ballard and Arenas made their collegiate debuts on floor and scored a 9.825 and 9.875. Bryant anchored the event with a 9.925.

Beam Seals the Victory
The Fighting Tigers sealed the night on beam with a 49.425 for a season best. Christina Desiderio started with a 9.90 and Bryant matched it to tie her career high. The final three of the lineup – Dean, Shchennikova and Campbell – all earned a 9.875.

Next Up
LSU returns to action for at least a top-three match up inside the Maravich Center at 6:15 p.m. CT Friday, Feb. 12. The meet against No. 1 Florida will be one the top meets in the nation in 2021 and will be televised on SEC Network.