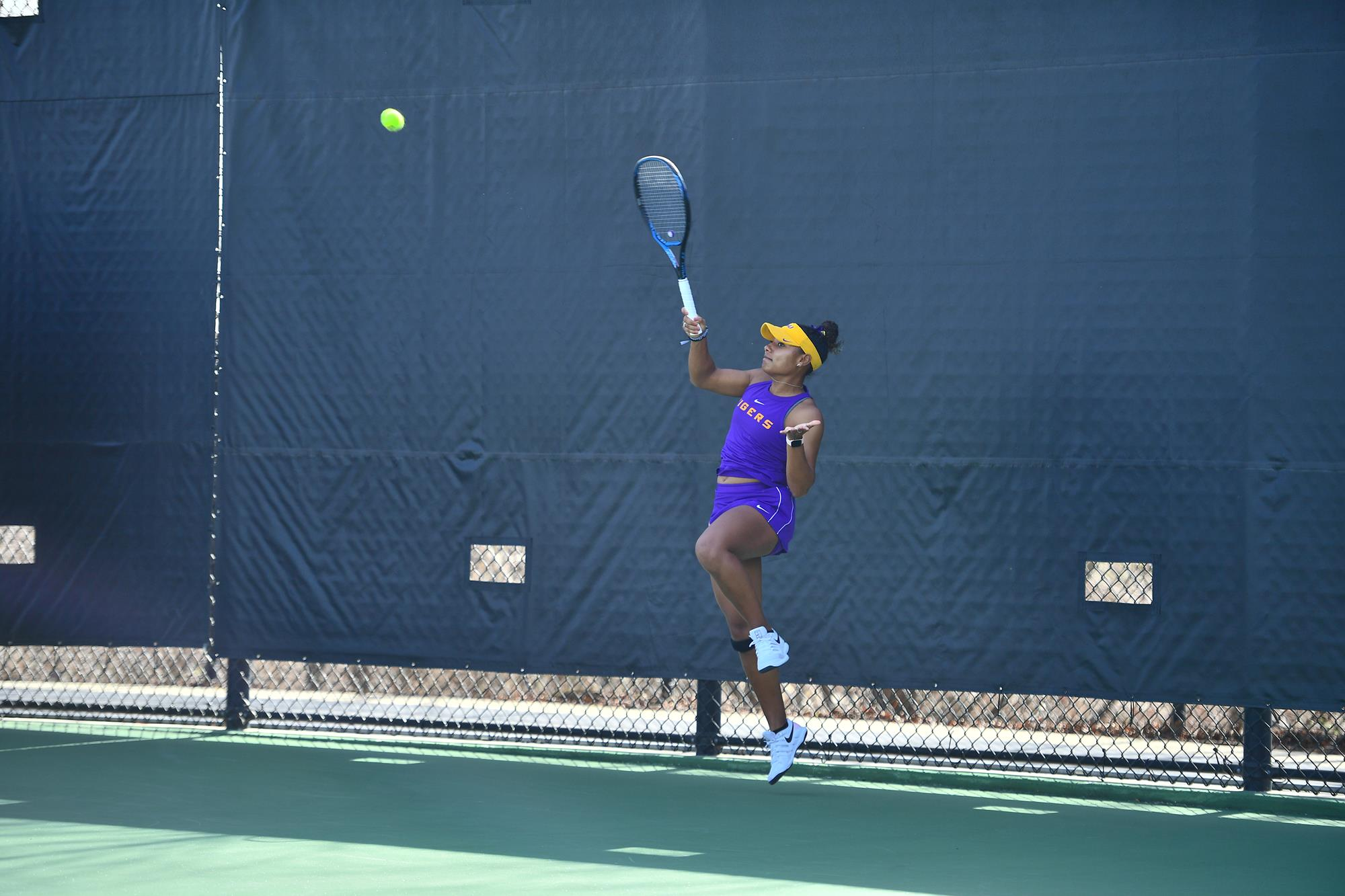 Fort Worth, Texas – The LSU women’s tennis team will travel to Texas for the first road weekend of the year, taking on TCU at the Bayard H. Freidman Center in Fort Worth at 2 p.m. CT on Friday, February 2, before concluding the weekend with a match against SMU at the SMU Tennis Complex in Dallas at noon CT on Sunday, February 4.

“We’re ready to keep improving after our tremendous start at home this week,” co-head coach Michael Sell said. “Each road match presents different challenges, and this team is hungry to compete and want to keep their momentum. We’re excited for competition against two tough teams this weekend.”

LSU and TCU have met in dual match competition 19 times, with the Tigers holding a 12-7 lead in the series. Friday’s match will be the first between the two programs since 2005, when TCU defeated LSU in the first round of the NCAA Tournament in a 4-1 contest.

The Tigers and the Mustangs have faced each other 22 times over the years, with LSU holding an 18-4 advantage in the series. When the teams met last season, LSU came out on top in a 5-1 contest, with singles victories from the senior trio of Taylor Bridges, Paris Corley, and Eden Richardson and the sophomore duo of Safiya Carrington and Maggie Cubitt.

The Tigers are 3-0 in the dual season after three sweeps at home earlier in the week over Rice, Southern, and Tulane, respectively. Most recently, LSU completed a perfect 7-0 sweep over the Tulane Green Waves on Wednesday night at the LSU Tennis Complex.

Corley became the first Tiger to hit double digit wins in the 2020-21 season with her tenth of the season on Wednesday night, a 6-2, 6-2, straight set win. In the dual season, Geissler leads the team with three wins from three matches and is joined in the multiple singles win category by Bridges, Corley, and Richardson.

In the Oracle-ITA Rankings, the Tigers are represented in both doubles and singles. Richardson and Geissler checked in as the No. 14 doubles duo in the nation, while in singles Bridges is ranked No. 41 and Carrington starts the year at No. 83.