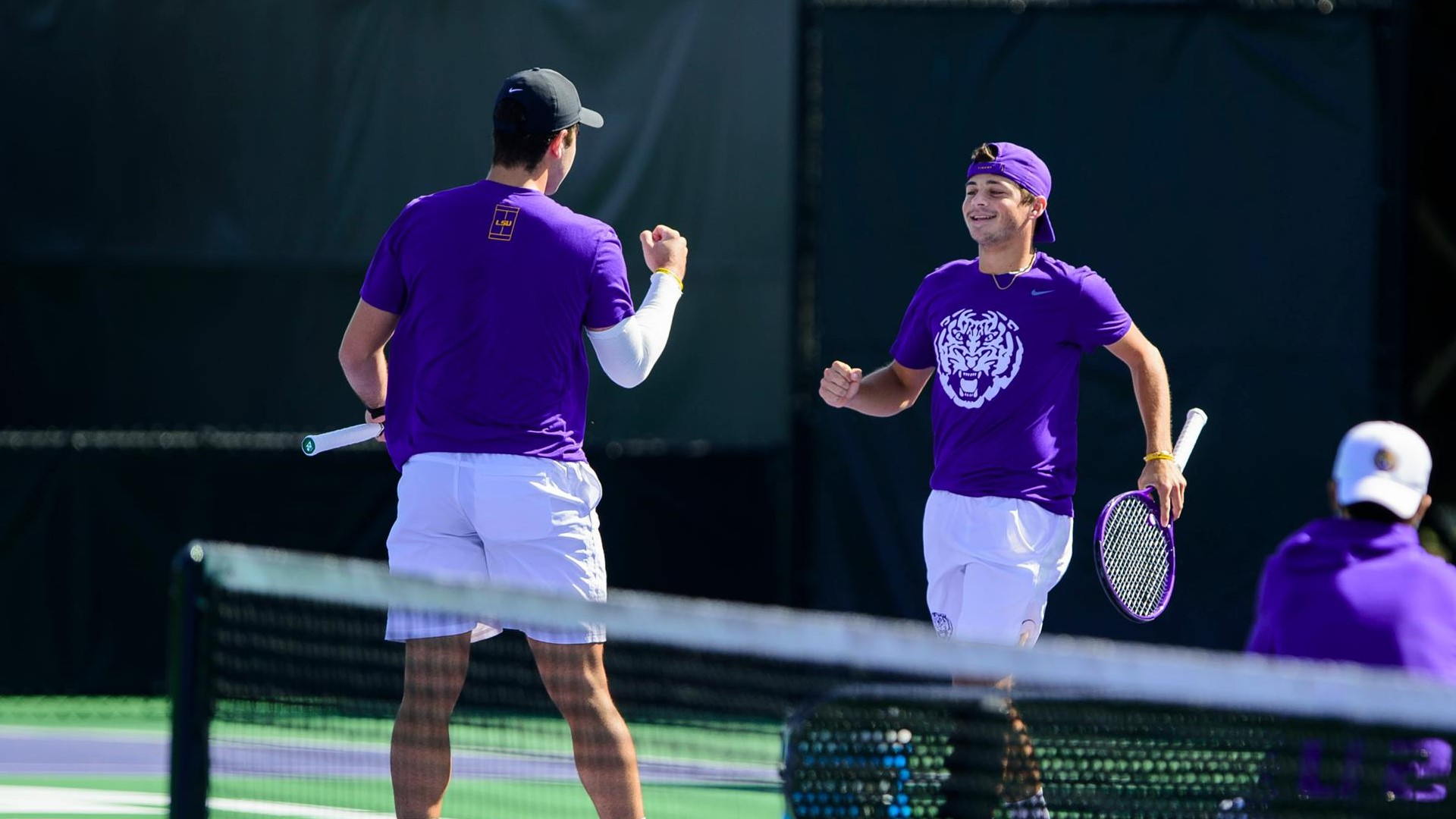 The Tigers improve to 7-0 on the season which is the best record LSU has started with since 2003-04.

The Tigers came out and made a statement in doubles, only dropping two combined sets in their two victories. No. 60 Ronald Hohmann and Rafael Wagner took it to Reed Collier and Parker Wynn, defeating them 6-1. Nick Watson and Boris Kozlov followed up and defeated Franco Ribero and Isaac Arevalo, 6-1, as the Tigers clinched the doubles point in just over 20 minutes.

LSU didn’t let up in singles, taking the first set on five out of six courts. Boris Kozlov swept his second set, giving the Tigers a 2-0 lead after defeating Dimitrios Azodis, 6-3, 6-0. No. 99 Ronald Hohmann put the Tigers up 3-0 after defeating Ilgiz Valiev, 6-2, 6-4. Freshman Benjamin Ambrosio completed the sweep after he defeated Francisco Vittar, 6-3, 6-2.

On the team’s performance…

“Personally, I felt very good in singles. It was the best match I’ve played all year. In doubles, Rafa [Wagner] and I were in the zone and defeated their ranked duo. Our team in general is improving every single match. To sweep a team like Texas Tech is very good for us. Now we keep it going Sunday.”

The Tigers return home to face in-state rival Tulane on Sunday, February 7 at 1:00 p.m. at the LSU Tennis Complex.