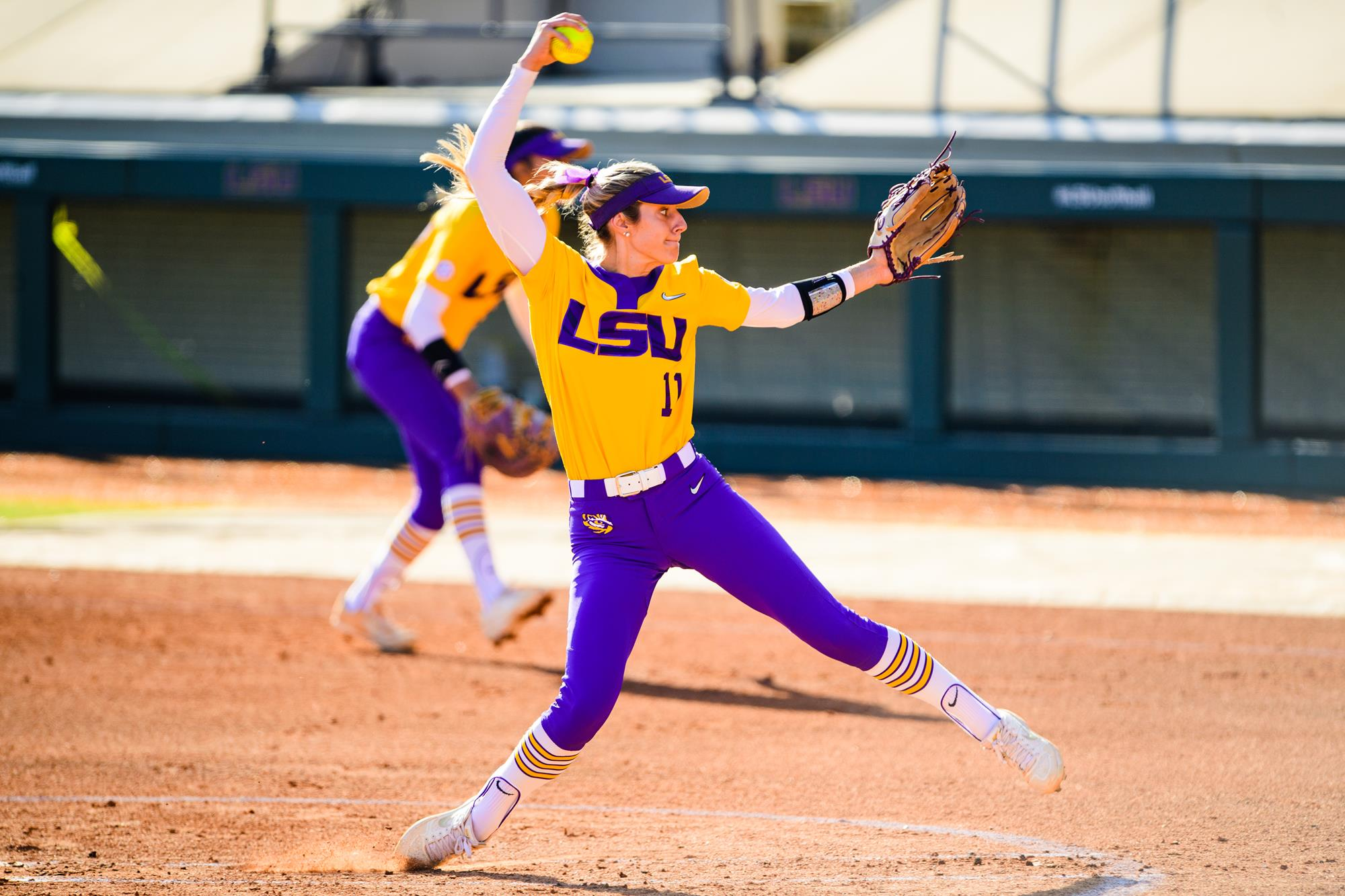 While high expectations and preseason recognition is nothing new for the Tigers, this 2021 season comes with many differences. The offseason. The protocols. The overall day-to-day operations. There’s been a lot of adapting. But the coaching staff was inspired by a quote that is as relevant now as ever to keep the focus levels high.

When faced with challenges, the quote said, some organizations stay the same, some fall apart and others become even greater. It’s Torina’s hope that her organization is one of those that can continue to grow and get better when faced with adversity after an offseason unlike any other.

The team often talks about working like they’re the worst team the country and playing like they’re the best. No preseason ranking or watch list honor will get them to the places they want to be. It’s the work that will, and the Tigers hope that’s what leads them to Oklahoma City.

We’re picked to finish second among the @SEC!

“We have to do a good job of eliminating some of the noise,” Torina said at Tuesday’s Media Day session. “The rankings are really cool, but they don’t define us. We define ourselves when we’re on the field. Hopefully, at the end of the year, that’s the ranking that will matter to us.”

LSU returns a loaded pitching staff, highlighted by senior Maribeth Gorsuch and sophomore Shelby Wickersham. While Gorsuch’s return to the team came as no surprise to Torina, she wouldn’t down play how important her leadership is heading into an unprecedented season.

“Of all the players, I’d put her in the top of the top of the kids who love softball,” Torina said of Gorsuch. “She loves the game, she wants to be around it. There was never a doubt in my mind that she would return. She sets a tone for us. She knows what it’s like to be out there in the big moments.”

When Gorsuch found out that another year of eligibility was being granted, there was no second guessing. She sees herself as a coach one day, and was actually planning to be a graduate assistant at LSU if she couldn’t play, but now the coaching career can wait. It’s back to work.

“It was pretty emotional finding out that we could come back because these people and this place is awesome,” Gorsuch said. “I love playing here and I love softball. Getting that opportunity to play with this team again is something that I’m super grateful for. I didn’t think twice about it.”

Two arms have stood out in fall practice that, Torina says, might be the most improved pitchers on the entire staff in sophomore Ali Kilponen and junior Shelbi Sunseri. In the shortened 2020 season, Kilponen finished with a 6-1 record with a 0.58 ERA, while Sunseri went 6-0 with a 1.20 ERA. Runs are hard to come by when those two are in the circle.

“They both have looked awesome,” Torina said. “I’ve probably seen the most growth out of them in the whole pitching staff. (Ali) has really come into her own. Our team would tell you she’s really special. They don’t want to hit off her, they don’t like to face her.”

“(Shelbi) continues to outwork everybody around her,” Torina added. “Even as good as she’d been, she continues to develop pitches, define new ways to get people out. I’ve seen a ton of growth from her and I’m excited about the season she’s going to have.”

Sophomore catcher Morgan Cummins thinks the Tigers are as strong and well-rounded as they’ve ever been in all facets of the game just nine days from first pitch. From the pitching staff, to the lineup, to defense, the work that’s been put it came through as a theme of LSU’s media day, and they just hope that works pays off.

“Our whole team is great and I’m excited to see what we look like this year,” Cummins said. We’re pretty strong everywhere. We’ve worked really hard to be where we are and we’re going to continue to get better with every game.”

The Tigers also returned all four seniors and return their entire starting lineup. It’s an experienced group that will only continue to feel more comfortable as the season progresses.

“It’s been really cool to learn from them,” Cummins said of the senior class. “The experience of their four years, to be able to have conversations with them and gain the knowledge that they have. I’m just really excited.”