Men’s Tennis Set to Take on No. 24 Texas Tech in Neutral Site Matchup 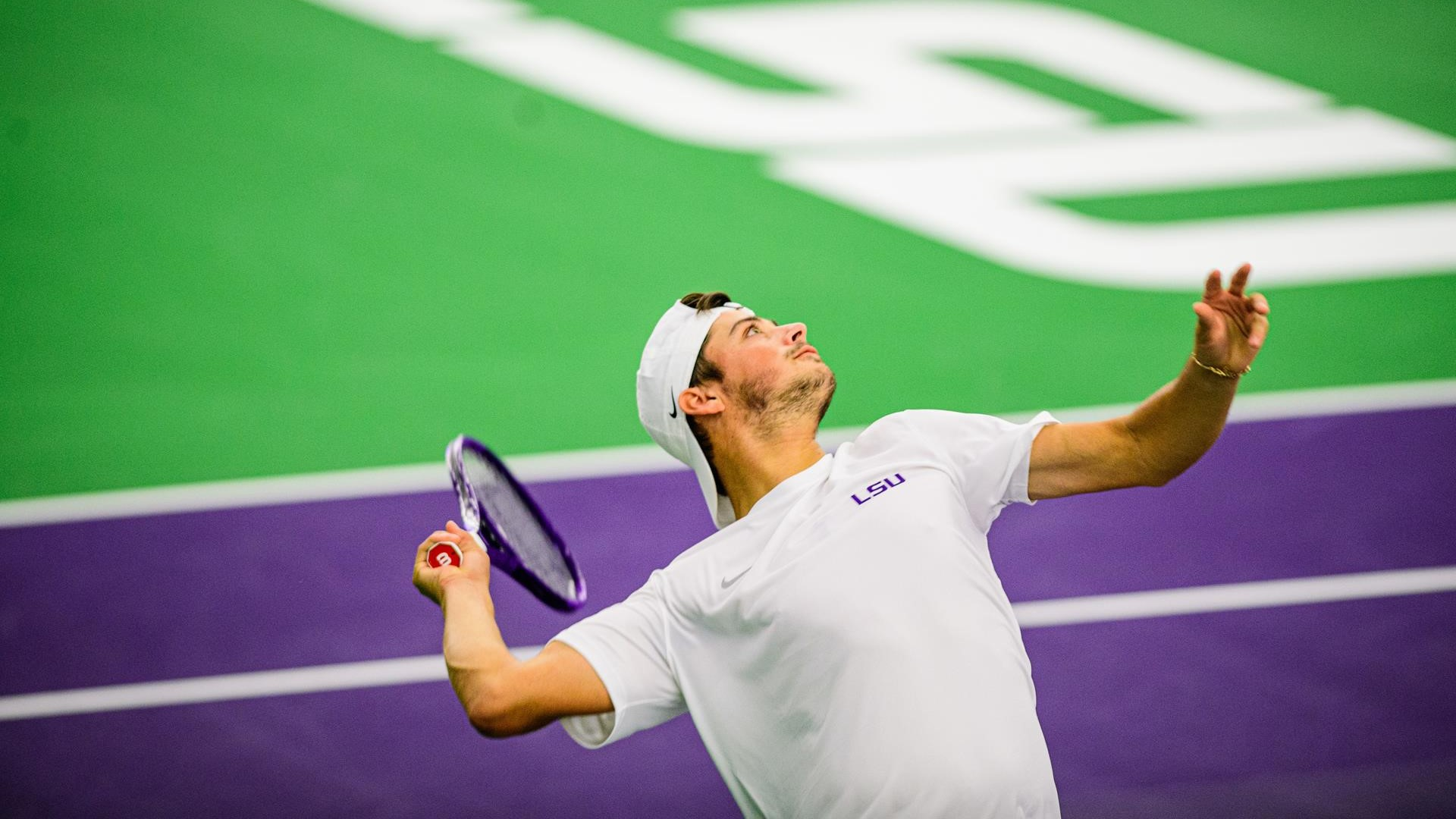 Baton Rouge—The LSU men’s tennis team will go on the road to Dallas, Texas to take on No. 24 Texas Tech in a neutral site matchup on Thursday, February 4 at 3:30 p.m. at the Lakewood Country Club.

LSU is coming off two victories on Sunday, January 31, defeating Rice, 4-1, and Incarnate Word, 6-1, pushing the Tigers record to a perfect 6-0 to start the Spring.

Texas Tech is led by first-year head coach Daniel Whitehead. He was previously an assistant for the Red Raiders since 2017 before becoming the head coach this season. Texas Tech has one ranked singles player in Reed Collier (No. 115) and two ranked duos in Collier and Parker Wynn (No. 37) and Dimitrios Azoidis and Ilgiz Valiev (No. 93). The Red Raiders are 2-0 on the season, defeating Abilene Christian University in a double header on Sunday, January 17.

It’s been 10 years since the Tigers and Red Raiders met, taking it back to the 2010-11 season. The two met ITA Kickoff Weekend where Texas Tech was victorious, 4-0.