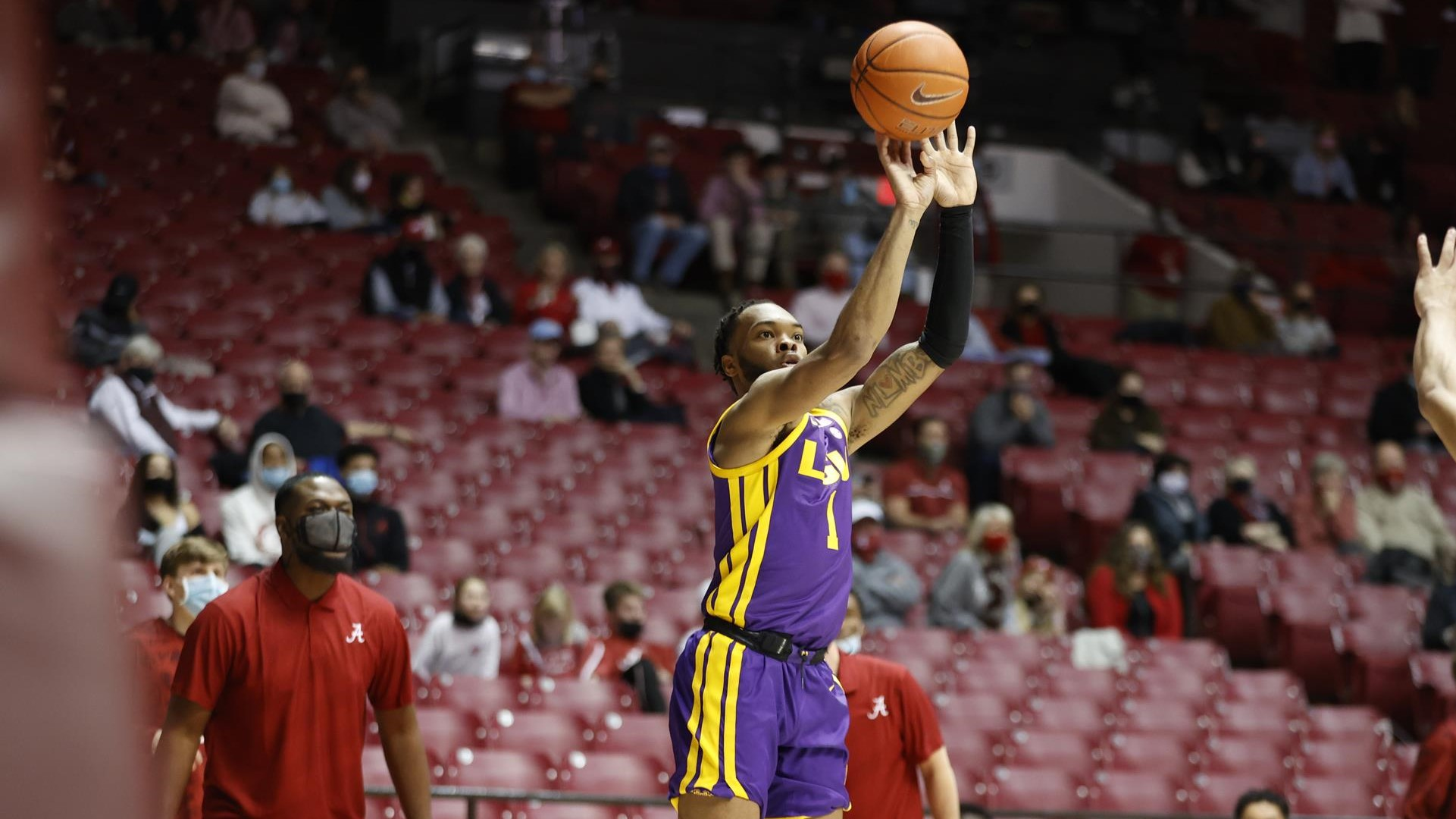 TUSCALOOSA, Alabama – The nationally-ranked Alabama Crimson Tide showed their ability to score inside in the second half and that led to a 78-60 win over the LSU Tigers Wednesday night at Coleman Coliseum.

Alabama picked up lots of open space with losses on Tuesday and Wednesday by LSU, Tennessee and Florida to stand at 15-4 and 10-0 in the Southeastern Conference. LSU is 11-6 and 6-4 in the SEC going into a Saturday 1 p.m. home game against Florida. Missouri is at 5-3 with LSU, Florida and Arkansas all at 6-4 in the league. Tennessee is 5-4.

Cam Thomas posted a 22-point game for LSU with five rebounds while Javonte Smart became the 44th player in LSU history to cross the 1,000-point mark in the first half of the game. Smart’s two steals also put him past 100 career steals for his almost three full years at LSU.

Five Alabama players were in double figures led by Jaden Shackelford with 19. Alex Reese added 13, Jawon Gary had 12 and Jahvon Quinerly and Keon Ellis finished with 10 each.

The Tigers appeared to be in good position at half, down just six. Alabama led by 10 on three different occasions, but the Tigers were able to finish down just six. It was an 18-2 run through the first seven minutes of the second half by Alabama that put the Tigers down 20, 54-34.