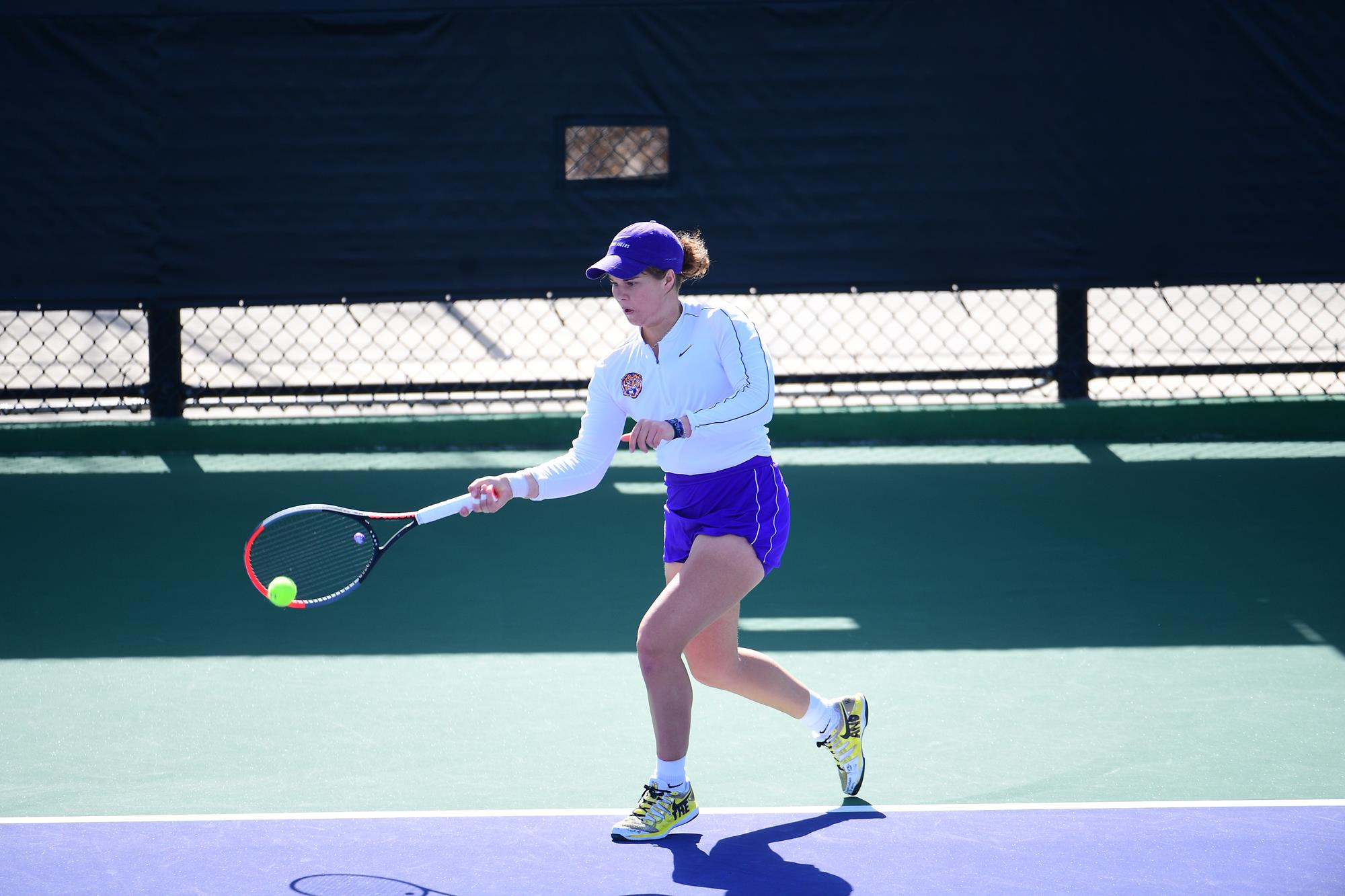 BATON ROUGE – The No. 24 LSU women’s tennis team look to continue its fine start to the season as they host in-state competition in the Tulane Green Waves at 5 p.m. CT on Wednesday, February 3, at the LSU Tennis Complex.

In compliance with COVID-19 protocols, matches at the LSU Tennis Complex will be limited to 350 people for outdoor matches and 80 for indoor. Fans can follow along the live stats at lsustats.com, live video for the championship courts here, and on Twitter @LSUWTen .

“We’re excited to build upon a great start from Sunday’s matches,” co-head coach Michael Sell said. “The team’s ready to compete at home again against well-coached opponents as we continue to get better every day!”

LSU and Tulane have faced each other 43 times in program history, with the Tigers holding a strong 38-5 lead in the series. When the two teams met last season at the LSU Tennis Complex, the Tigers were victorious by a score of 6-1.

The Tigers are 2-0 in the dual season following Sunday’s doubleheader sweeps against Rice and Southern. LSU took the doubles point before victories in singles competition from sophomore Nina Geissler and seniors Taylor Bridges and Paris Corley gave the Tigers a 4-0 sweep. Against Southern, the Tigers once again took the doubles point and repeated the 4-0 sweep with wins by Geissler, senior Eden Richardson, and freshman Samantha Buyckx earning her first singles win in a dual match.

In the Oracle-ITA Rankings, LSU was ranked No. 24 in the preseason rankings. Individually, the Tigers were represented in both doubles and singles. Richardson and Geissler checked in as the No. 14 doubles duo in the nation, while in singles Bridges is ranked No. 41 and sophomore Safiya Carrington starts the year at No. 83.