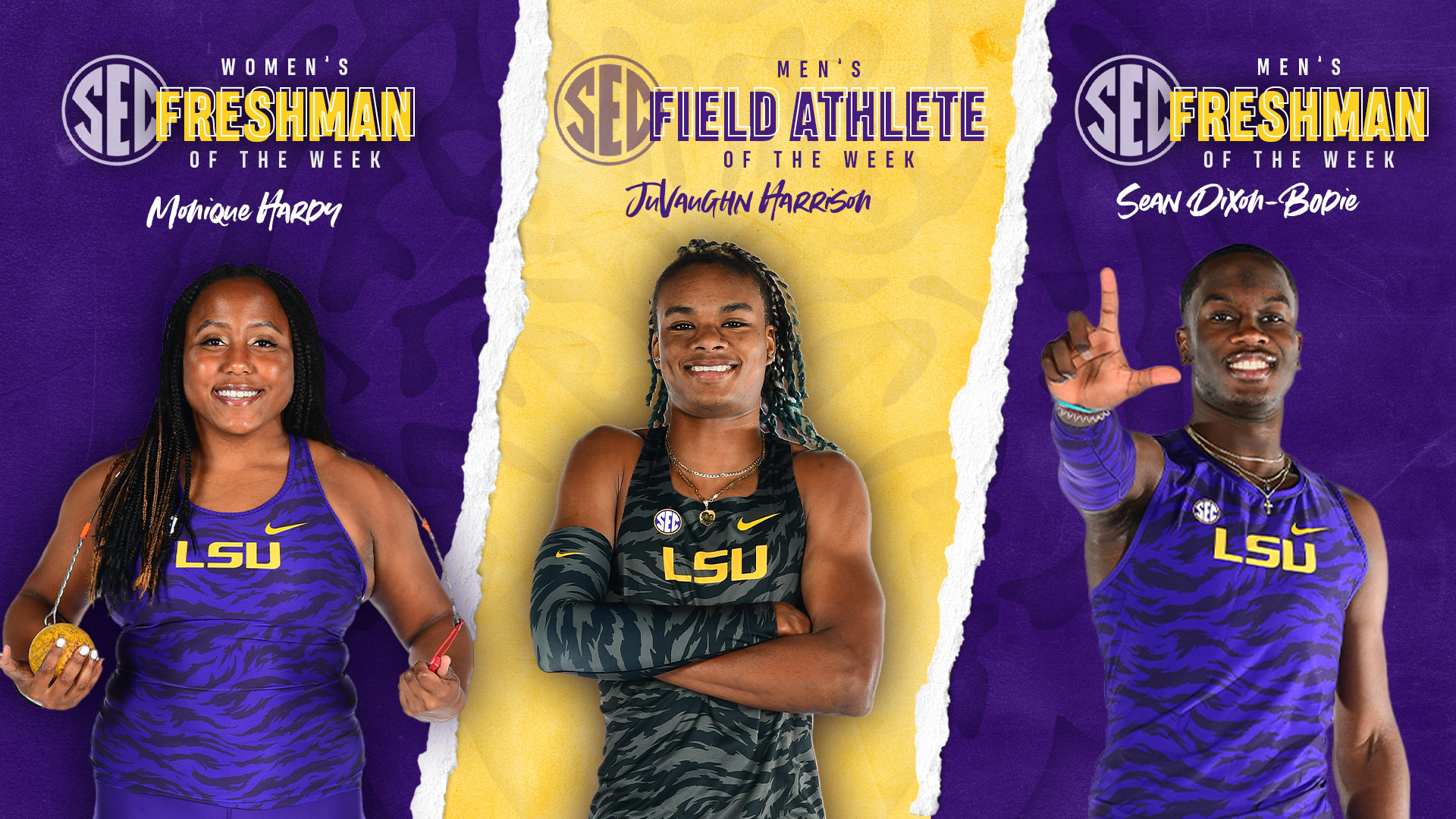 Harrison cruised out to an NCAA lead in the high jump when he cleared 7′ 5.75″ (2.28 meters) in the high jump on Friday at the Louisiana Invitational. He was perfectly clean en route to that clearance as he cleared the other three bars at lower heights without any misses. It matched a personal best for the senior from Huntsville, Alabama. The mark ranks No. 2 all-time in LSU history and fourth on the 2021 world list. Harrison is the most valuable jumper in the NCAA by far as he is ranked No. 1 in the high jump and No. 3 in the long jump (26′ 2.25″).

Hardy, a freshman from Webster, N.Y., continues to impress in the weight throw. She has won her first three collegiate events and bettered her mark at each event. On Friday she registered a weight throw personal best of 69′ 7″ (21.21 meters) to rank second all-time on the LSU list. That mark of 69′ 7″ ranks No. 8 in the nation and is the top mark by a freshman.

Dixon-Bodie made his collegiate debut with a big personal best on Friday. The freshman from Bloomfield, Connecticut, leaped out to a personal best of 53′ 7″ (16.33 meters) in the triple jump to win his first collegiate event. The mark ranks fifth nationally and is the second best by a freshman in the country.

LSU’s SEC Athletes of the Week