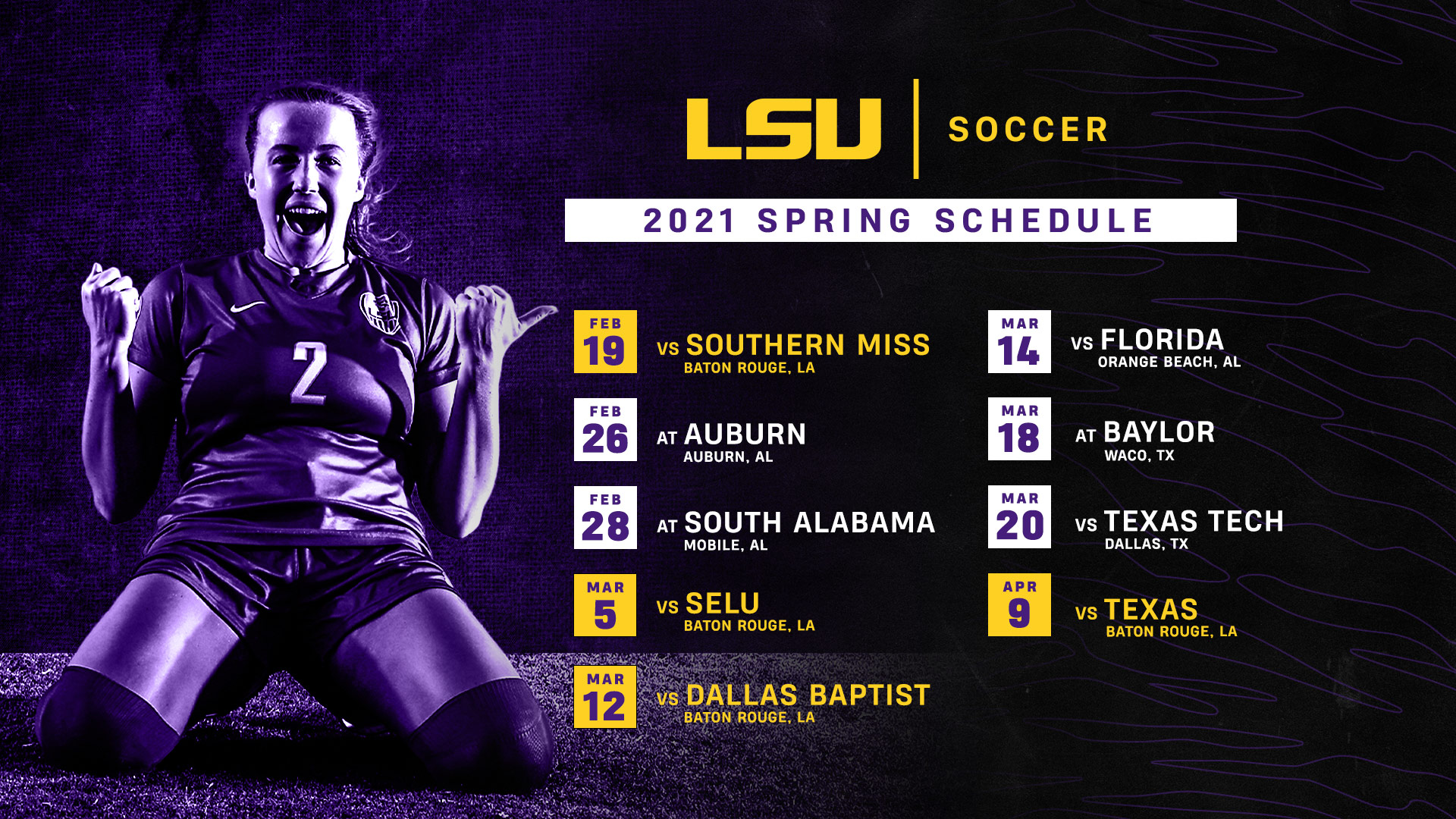 Baton Rouge, La. – LSU soccer announced its 2021 spring schedule on Tuesday afternoon. The Tigers will play nine matches this spring with four of them being contested at LSU Soccer Stadium.

LSU opens up the spring with a home contest against Southern Miss on February 19th; the game will be played at 6 p.m. CT at LSU Soccer Stadium and admission will be free. Just like the fall, all home matches will allow entry up to 450 fans and fans will be required to wear masks and physically distance.

The following week LSU will take to the road for a pair of away contests. The Tigers will play at Auburn on February 26th with first kick slated for 6:30 p.m. CT. LSU will cap off the trip to Alabama with a match against South Alabama on February 28th in Mobile; that game is scheduled to start at 5 p.m. CT.

LSU will return to Baton Rouge for a mini two-game homestand in early March. The Tigers will take on Southeastern Louisiana on March 5th at 1 p.m. CT and Dallas Baptist University on March 12th at 1 p.m. CT, both of which will be hosted at LSU Soccer Stadium.

LSU will then play its next three contests on the road. A March 14th matchup versus Florida at 12 p.m. CT will take place at the Orange Beach Sportsplex in Orange Beach, Alabama. The following week will see the Tigers take a two-game swing to the state of Texas for matches against Baylor and Texas Tech from the Big 12. The Baylor match will be played in Waco, Texas, on March 18  at 7 p.m. CT followed by a neutral site game against Texas Tech on March 20th in Dallas, Texas. Game time and exact location for the match against Texas Tech on March 20th will be announced at a later date.

The Tigers will close out the spring with a home contest against Texas on April 9 at LSU Soccer Stadium. First kick for that match is set for 7 p.m. CT.