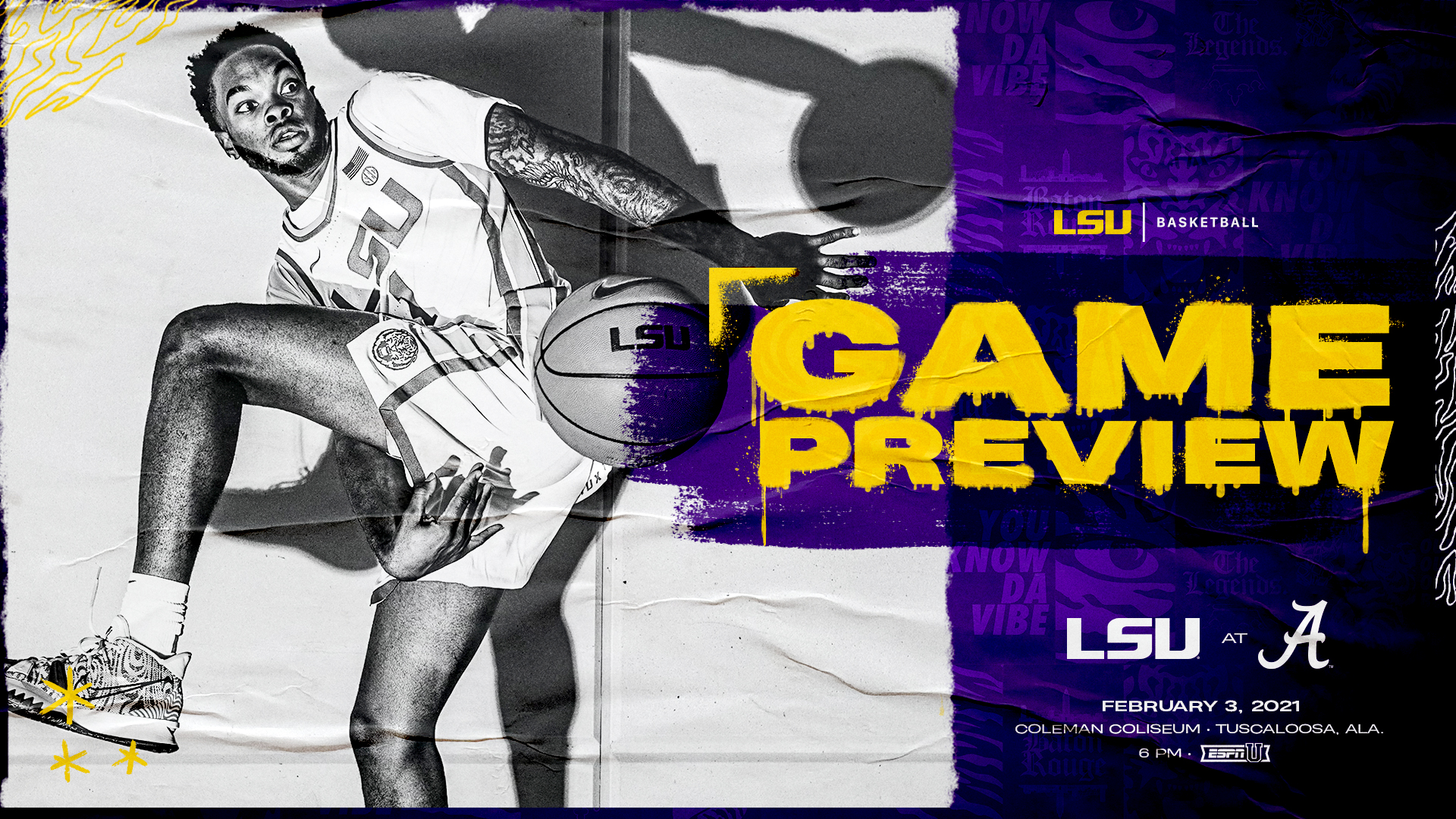 The game tips just after 6 p.m. CT on ESPNU with Tom Hart and Dane Bradshaw on the call. The Voice of the Tigers, Chris Blair, and former LSU head coach John Brady will have the call on the affiliates of the LSU Sports Radio Network (Baton Rouge Guaranty Media flagship Eagle 98.1 FM).

The Tigers are 11-5 overall and 6-3 at the halfway point in the league, three games behind the Crimson Tide which leads the conference at 14-4 and 9-0.

Both teams are coming into the contest off of losses Saturday in the SEC/Big 12 Challenge with Alabama falling to Oklahoma, 66-61, in Norman and the Tigers falling at home to Texas Tech, 76-71.

In that game, LSU forward Darius Days had to leave the game with under 11 minutes remaining with a left ankle injury and he is expected to miss Wednesday night’s game.

The teams met two weeks ago in Baton Rouge and Alabama was on fire from outside the arc from the beginning, hitting a conference record 23 three-pointers in a 105-75 win. The Tide is ranked No. 10 in the Associated Press poll and No. 7 in the USA Today Coaches poll.

John Petty Jr led Alabama with 24 points, while Jahvon Quinerly and Joshua Primo had 22 each. Cameron Thomas led LSU with 21 points, while Javonte Smart had 12 and Trendon Watford 11. LSU shot just 37.8 percent from the floor with five three-pointers.

Both Thomas and Smart had big games for LSU against Texas Tech with Smart tying his career high with 29 points. The junior had his first 29-point game as a freshman against Tennessee. Thomas finished with 25 points, his 11th of 20 or more this season, leading all D1 freshman.

LSU will return home on Saturday for another rematch game as they host Florida 1 p.m. at the Pete Maravich Assembly Center.