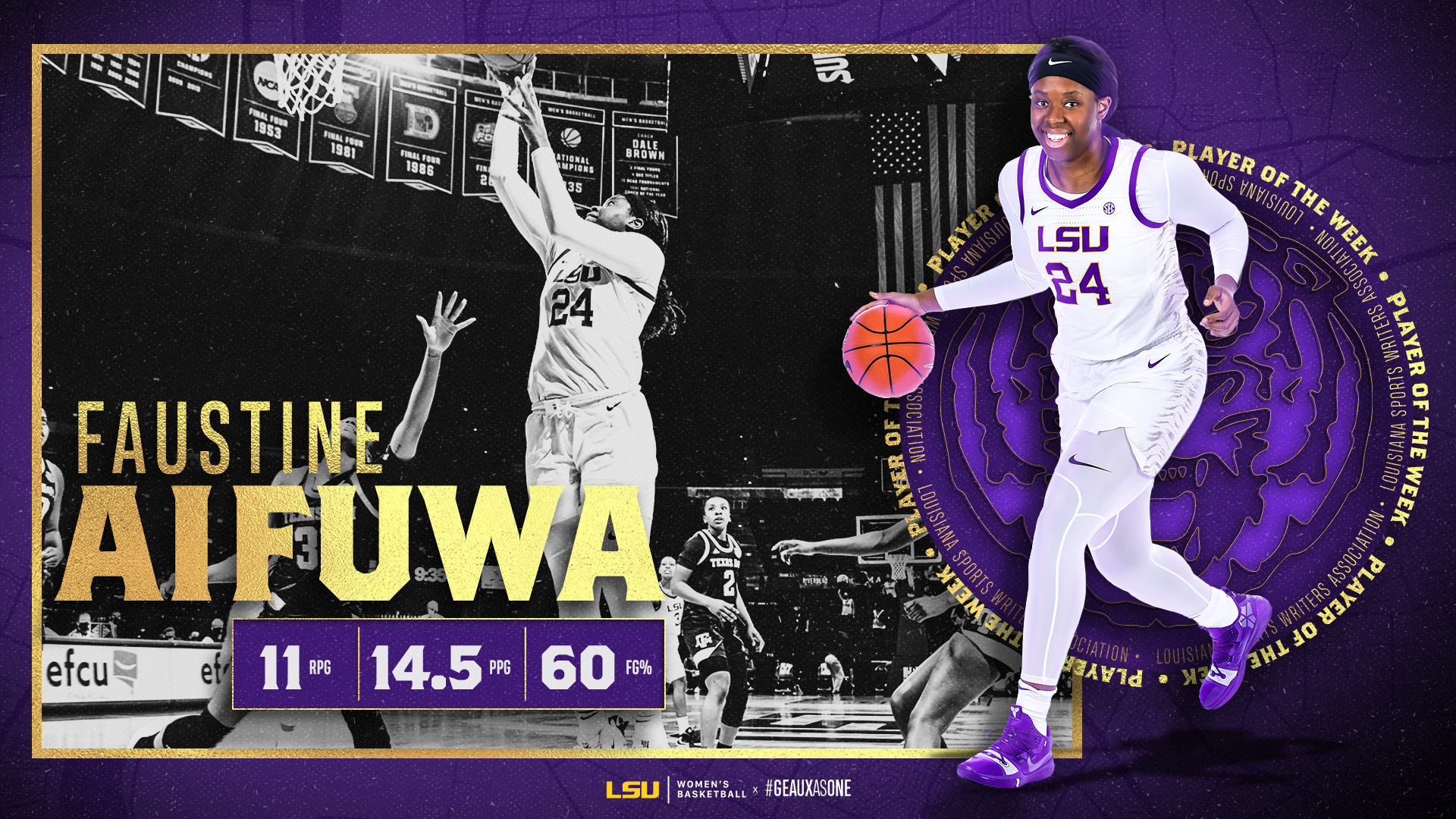 LAFAYETTE, La. – LSU forward Faustine Aifuwa picked up her first state honors of the 2020-21 season when she was selected as the Louisiana Sports Writers Association (LSWA) Women’s Basketball Player of the Week honors, the organization announced on Monday.

The award is based on nominations and voting by the state’s Women’s Basketball sports information directors with SIDs not able to vote for their own players.

Aifuwa, a 6-foot-5 senior, averaged a double-double for the week in two wins for the Tigers, including an upset victory at No. 22-ranked Georgia. The Dacula, Georgia, native and 2020 LSWA Second-Team All-Louisiana selection returned to her home state on Thursday and scored 12 points with six rebounds, three blocks and two steals in a 60-52 win.

She wrapped up the week on Sunday scoring 17 points and tying her career-high with 16 rebounds as LSU rallied to defeat Ole Miss in overtime, 75-66. The double-double was her sixth of the season and the 16th of her career while she moved to within four blocks from tying former Tiger Julie Gross (178; 1978-80) for second place in school history.