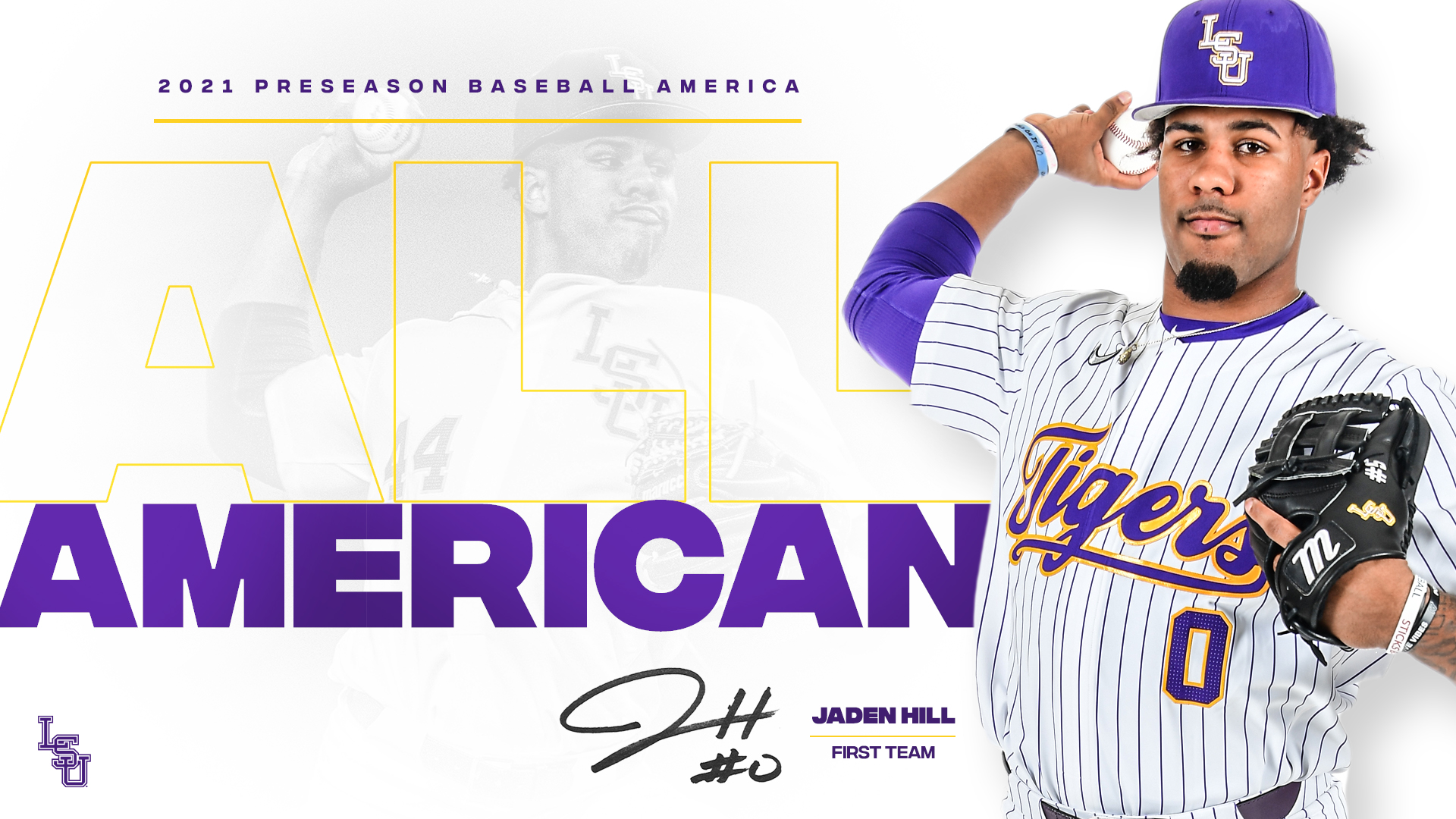 Hill, a junior right-hander from Ashdown, Ark., is expected to be the Tigers’ No. 1 weekend starter this season, which begins on February 19 when the Tigers play host to Air Force in Alex Box Stadium, Skip Bertman Field.

Hill allowed just one hit in 11.2 relief innings in the shortened 2020 season while recording 17 strikeouts. Opponents batted only .028 (1-for-36) against him during the year.

Hill made his first appearance in a game in nearly a year when he worked two relief innings versus Indiana on the opening weekend of the 2020 season. Hill, who was sidelined in 2019 by an elbow injury, was dominant in the outing, firing two shutout frames with no hits, one walk and three strikeouts. His fastball was consistently clocked in the upper 90s, peaking at 98 mph.