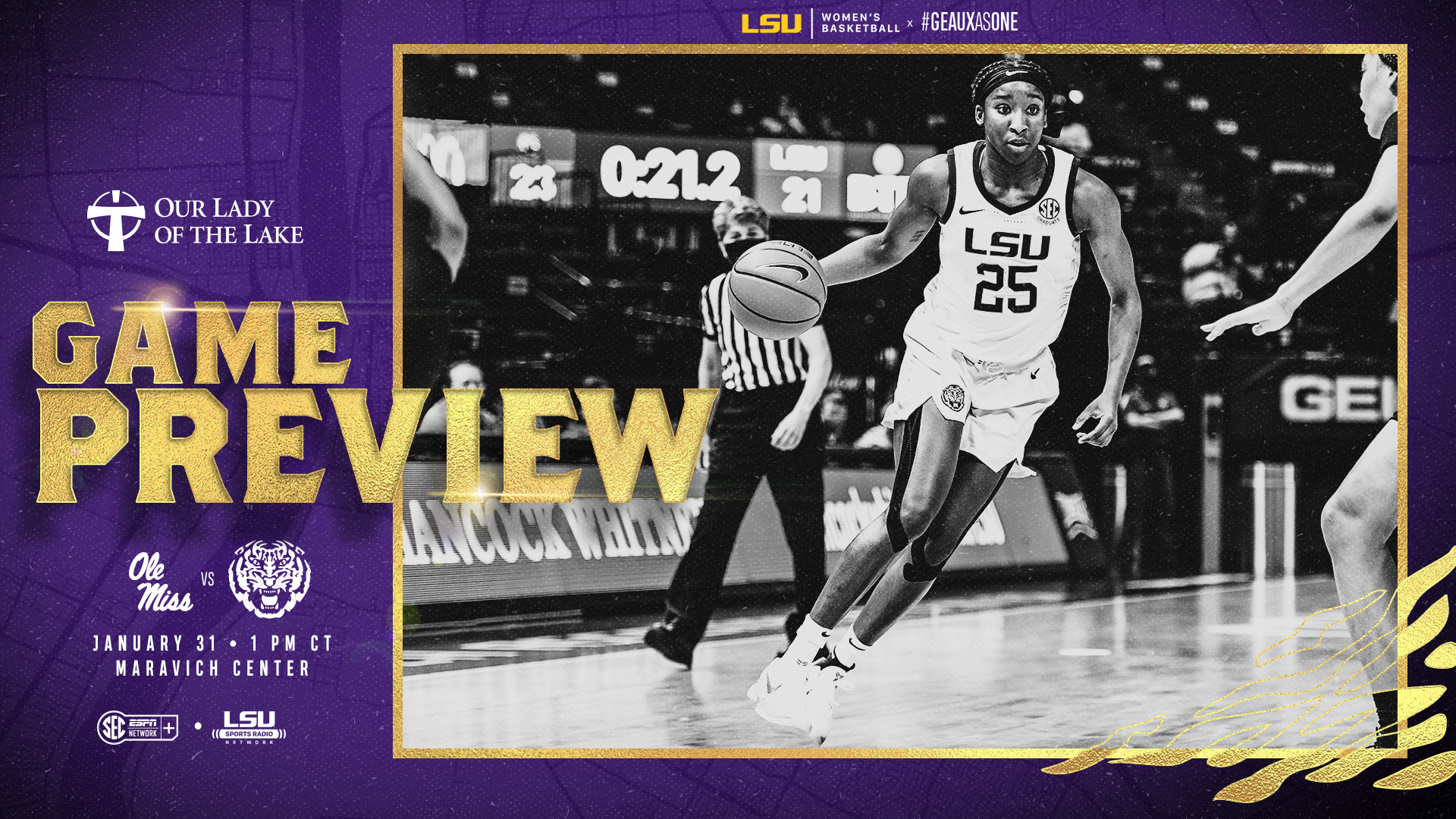 The game will be broadcast on the SEC Network Plus with Lyn Rollins and Victor Howell calling the game. Fans can watch SECN+ on the internet at ESPN.com/watch or on the ESPN app. A link to the game is available on LSUsports.net.

LSU is 7-7 on the season and is 5-3 in the SEC following Thursday’s 60-52 victory at No. 22 Georgia. Sophomore Tiara Young came off the bench to score a team-high 17 points and grabbed five rebounds. Senior Awa Trasi scored 13 points and recorded a season-high eight rebounds, while redshirt senior Faustine Aifuwa scored 12 points, pulled down six rebounds and blocked three shots.

Aifuwa’s three blocks moves her closer to second place on the LSU career blocked shots list. She has 173 over three-plus seasons and needs five to tie Julie Gross’ 178 (1978-80). Aifuwa is currently in 16th place on the career rebounds list with 680 and topped the 900-career points milestone in her home state on Thursday (908). She continues to lead LSU with 8.4 rebounds per game and 22 blocked shots this season, and is the second-leading scorer on the team with 11.3 points per game.

Senior Khayla Pointer became the eighth Tiger in school history to dish out 400 career assists on Thursday at Georgia. Pointer had six in the game and has 405 over her career. She currently sits at No. 27 on LSU’s career scoring list with 1,150 points. Pointe leads LSU with 15.4 points and 4.6 assists per game to go along with a team-high 35 steals.

Young is averaging 10.9 points per game and shooting at team-leading 46.3 percent from the field.

Single game ticket prices are $7.00 for adults and $5.00 for youth ages 3-12. To order tickets for any of LSU’s last four women’s basketball home games, go to LSUtix.net.