Volleyball Falls in Five at No. 17 Missouri 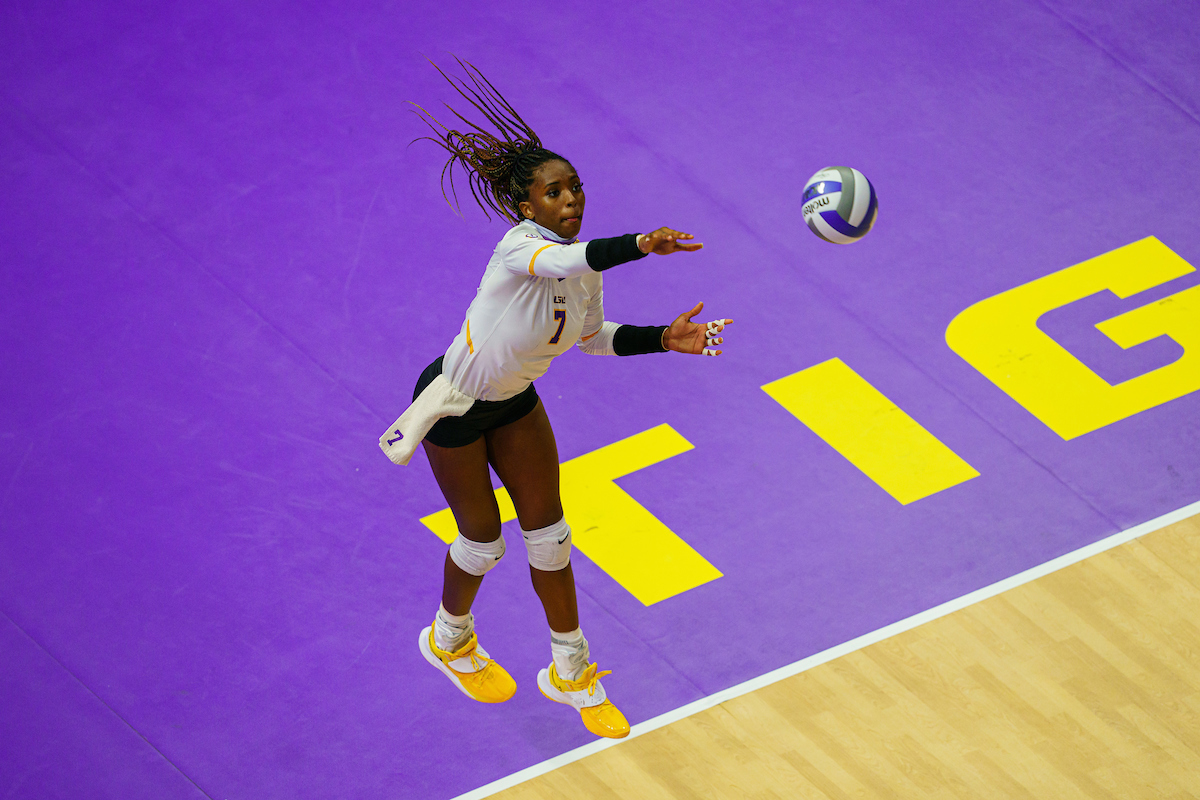 LSU will be off next week before travelling to Gainesville for two matches at Florida, February 10-11.

Just like Friday’s fifth set, Missouri started on a 5-0 run, proving too much for LSU to overcome as Missouri ended up taking the final set, 15-10.

“I thought we took another step up from yesterday and this is a young group,” said head coach Fran Flory. “We haven’t been here before and we have to understand we belong. I thought we did through about three and a half sets and then we started questioning. As a staff we have to get them in the gym and get them a little more confident and a little bit more sure of what they’re doing.

“We played as hard as we could physically play and we gave everything we could give. We had great depth. Every single person on this roster contributed. Today was a great testimony to our depth.”

Missouri’s Kylie Deberg had a match-high 23 kills to go with 11 digs and Anna Dixon had 11 kills of her own.

LSU’s 15 service errors compared to Missouri’s 3 ended up being a big factor in the match. LSU did outhit Missouri though, .215-.211

Despite the loss, LSU got contributions from all over the court with three Tigers finishing with double-doubles.

In just her second match with LSU after transferring from Northwestern State, outside hitter Hannah Brister made her presence known, finishing with 21 kills, hitting .432 and compiling 13 digs. Freshman outside hitter Paige Flickinger recorded her fourth double-double in just her eighth match in college with 14 kills and 12 digs.

“What a great performance by our outsides,” said Flory. “Hannah Brister was amazing and Paige Flickinger was outstanding. It’s the first time in a long time that the Tigers have two outsides that can terminate.”

Sophomore Karli Rose, who had a double-double last night like Flickinger, had 47 assists and 13 digs.

Senior Taylor Bannister had 17 kills and was one dig shy of having her own double-double. Sophomore Allee Morris paced the match with five blocks at the net.