Volleyball Falls at No. 17 Missouri in Five Sets 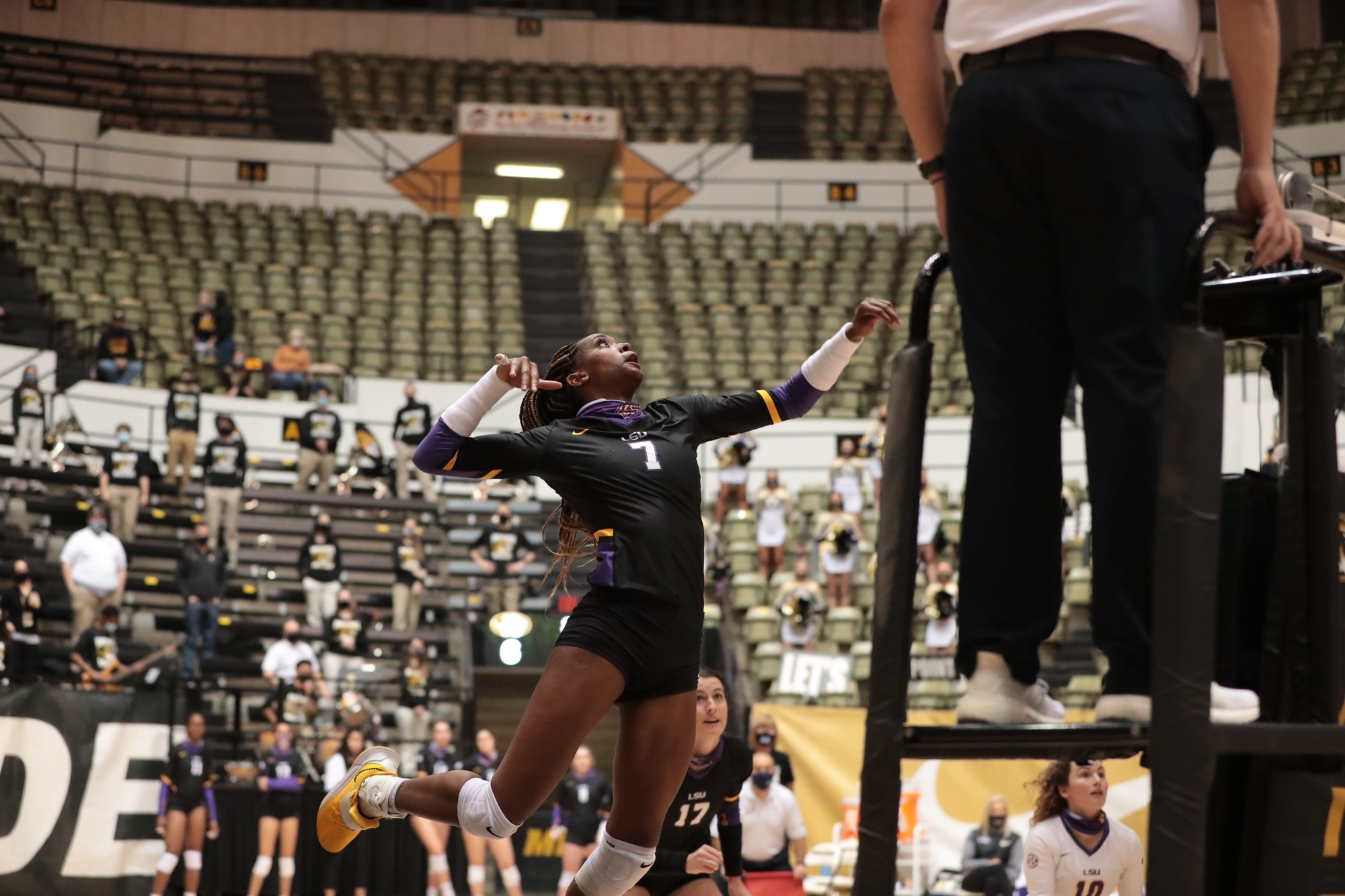 LSU sits at 3-4 on the season now and Missouri is 7-2, winning its fifth match in a row going back to the fall, heading into tomorrow night’s rematch at 8 p.m. CT.

LSU took the first set, 25-23, before dropping the next two sets 25-22 and 25-18. Missouri had the momentum heading into the fourth set, but that shifted in LSU’s direction when the Tigers from Baton Rouge amassed two different runs of 8-0 and 5-0 to carry momentum into the final set.

Missouri quickly went on a 5-0 run to open the fifth set and despite LSU’s best efforts, it could not overcome the Missouri lead as the home Tigers finished the fifth set, 15-9, clinching the match.

“I thought we played at a really high level,” said head coach Fran Flory. “It was a really fun match to play and to coach. The result was disappointing, but we’re a work in progress. The best part is the difference from our team where we stepped off the court in the fall to when we stepped on the court this spring is gigantic. They have trusted to system and process and we’ve really come back a whole lot better.”

Taylor Bannister, the SEC’s leader in kills per set, continued to climb up LSU all-time kills list. Starting the night with 1,363 career kills, Bannister’s 18 kills Friday evening moved her in the No. 8 on LSU’s list of all-time kills, moving past Jennifer Hampton and Lisa Smith.

Missouri’s Kylie Deberg who sits right behind Bannister in kills per set had a match-high 24 kills and Anna Dixon finished the night with 20.

Paige Flickinger and Karli Rose both finished with double-doubles for LSU. The sophomore Rose had a team-high 44 assists to go along with 10 digs for her 11th career double-double. Flickinger, a freshman, earned her third with 23 digs and 11 kills.

“Paige is just a volleyball player and we know she can do that,” said Flory. “We probably needed to set her a few more times and get a few more kills out of that spot. Her defense was great, her blocking was really good as well even though that won’t show on the stat sheet with high numbers, but she did a great job.

“And Karli managed the offense very well. She spread it around. We knew we had to get kills from other spots today and she created some great opportunities.”