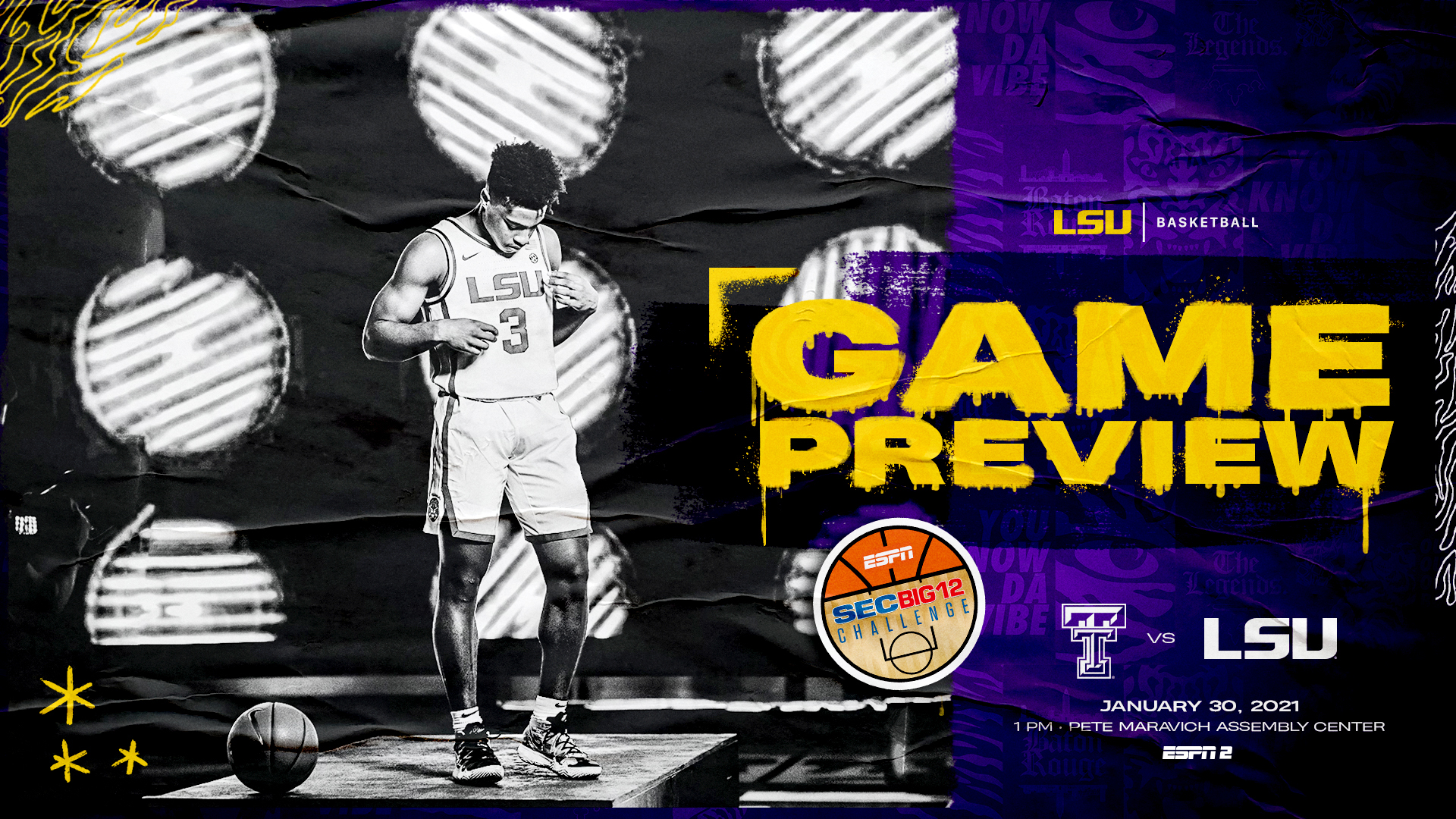 BATON ROUGE – The LSU Tigers step out of conference on Saturday afternoon to face No. 10 Texas Tech in the annual SEC-Big 12 Challenge as the two teams met at 1 p.m. CT at the Pete Maravich Assembly Center.

LSU comes in off a 78-66 win over Texas A&M Tuesday in Bryan-College Station as LSU scored the final 18 points of the game and held the Aggies scoreless for the final 8:50 of the contest.

Texas Tech comes in off an 88-87 loss at West Virginia on Monday night.

The game is part of an all-day set of contests on the ESPN family of networks featuring the two leagues with the LSU-Texas Tech game on ESPN2 with Tom Hart and Dane Bradshaw. Chris Blair and former coach John Brady will call the game on the affiliates of the LSU Sports Radio Network (Guaranty Media flagship Eagle 98.1 FM in Baton Rouge).

Mac McClung has scored 22 or more in his last three games, hitting for 22 at Texas, 24 against No. 2 Baylor and 30 points in the most recent game on Monday at West Virginia. McClung hit 11-of-21 field goals with four treys and four free throws. He is averaging a team best 17.2 points a game, 2.6 rebounds and over 2.5 assists a game. McClung is a junior from Gate City, Virginia, who transferred to Texas Tech from Georgetown.

Also averaging in double figures for Texas Tech are Terrence Shannon Jr., at 12.9 points per game and Kyler Edwards at 10.0 points.

Chris Beard is in his fifth year as the head coach at Texas Tech.

Thomas leads LSU at 22.1 points per game, while Watford is scoring at 18.3 points with 7.4 rebounds and 3.6 assists. Smart is at 14.6 points and 4.3 assists with Days posting at 12.2 points and a team best 7.8 rebounds. Mwani Wilkinson is the other Tiger starter, averaging 4.7 points per game.