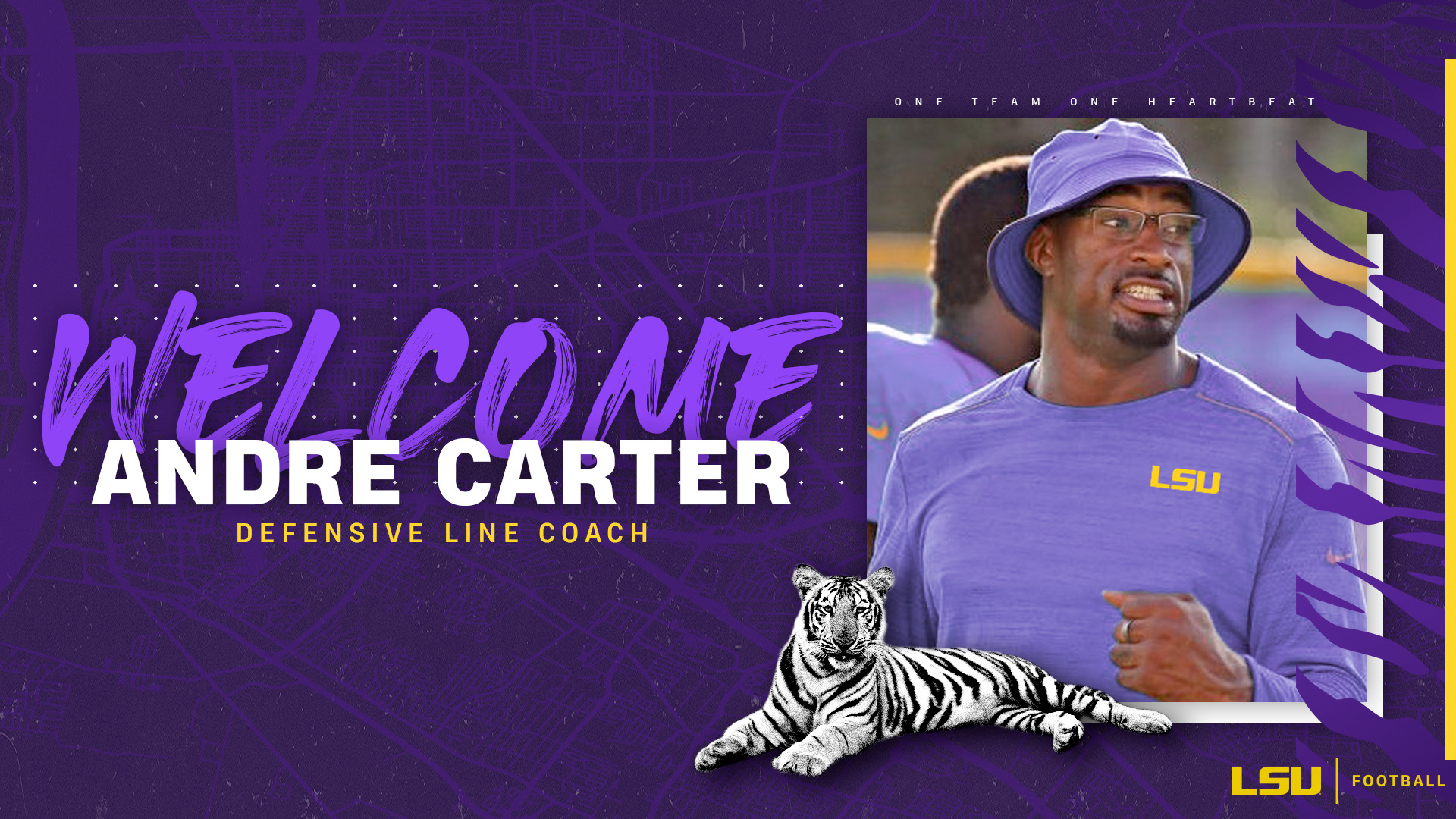 “Andre was an outstanding defensive lineman for a long time in the NFL and now he’s translating what he did and learned as a player to those he’s coaching,” Orgeron said. “Andre is a very bright up-and-coming coach who will do a great job with our defensive line. With our entire defensive line coming back, they are going to be able to learn firsthand from an NFL veteran on what it takes to become a dominant player.

“I’m excited to fill out our staff with Andre. I think we have assembled as fine a coaching staff as there is in college football. I know our players are going to benefit tremendously from our coaches, not only on the field, but off the field as well.”

In 2020, Carter’s top defensive lineman for the Jets was that of second-year pro Quinnen Williams, who recorded 55 tackles to go with seven sacks. In 2019, Carter’s defensive line helped the Jets rank No. 2 in the NFL in run defense, allowing only 3.34 yards a carry. That unit also forced 117 opponent carries of zero or negative yards, the most in the NFL.

Before joining the Jets, Carter spent two seasons in Miami as the assistant defensive line coach. In his two seasons there, defensive end Cameron Wake produced 16.5 sacks and 44 quarterback hits, both top 10 totals among AFC defensive linemen. Between 2017-18, Carter’s group produced 140 quarterback hits, the seventh-best total in the NFL, including seasons of 10 or more by four different players. Additionally, Dolphin defensive linemen accounted for 86 tackles for loss, tied for the ninth-most in the league.

Prior to his time in Miami, Carter was a Bill Walsh NFL Diversity Coaching Fellowship participant with San Francisco in 2016. He began his coaching career in 2015 as a graduate student assistant at his alma mater, California.

Carter earned his bachelor’s degree from Cal in American studies. His father, Rubin Carter, played at the University of Miami and had a 12-year NFL career as a defensive lineman with Denver (1975-86) before spending 28 seasons as a coach in high school, college and the NFL, including three seasons as a defensive line coach for the Jets (2001-03).

Carter and his wife, Bethany, have two children, Aysha and Quincy