Volleyball To Open Spring at Missouri 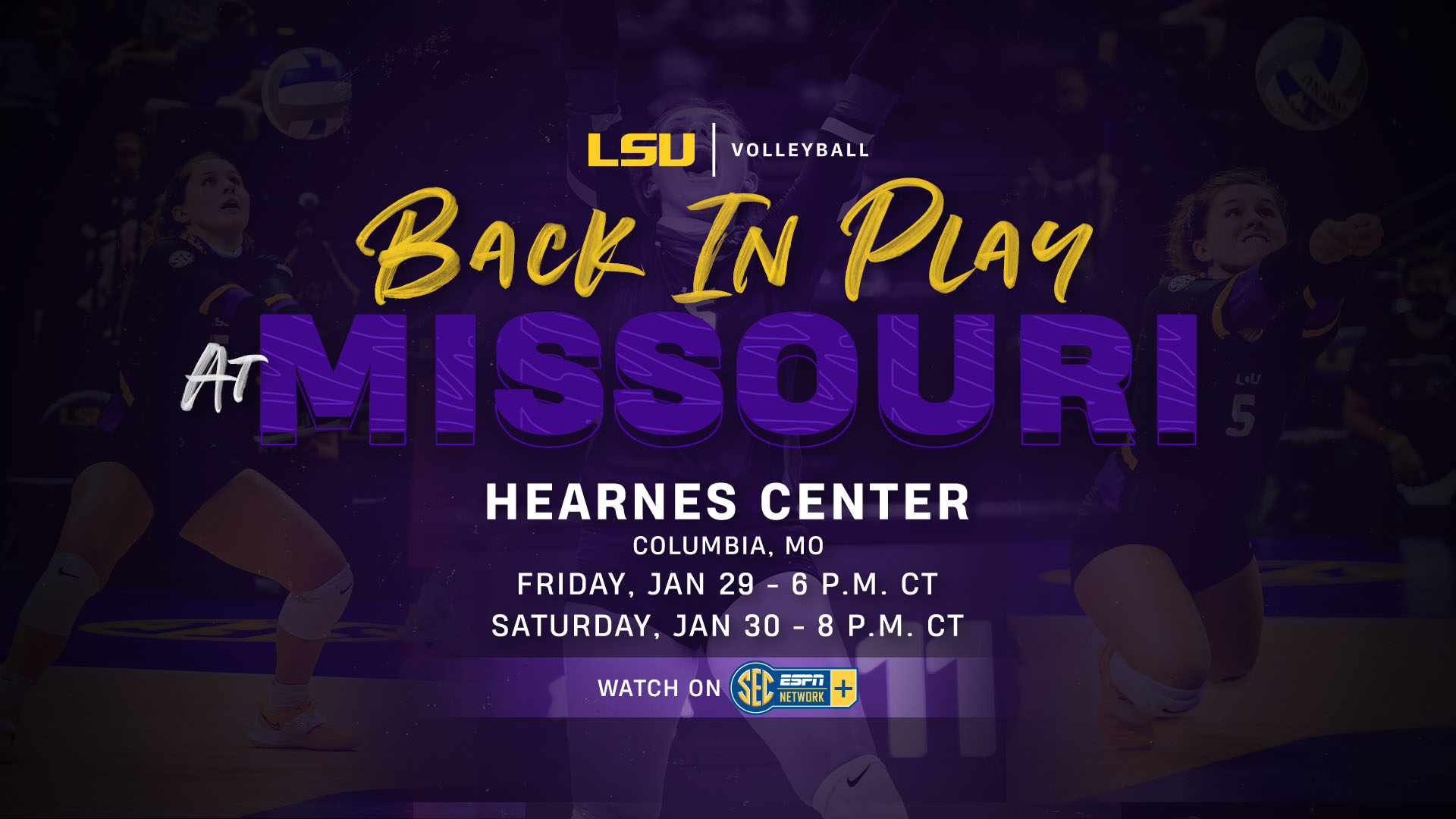 COLUMBIA, Missouri – LSU Volleyball (3-3) is set to begin the spring portion of its schedule Friday and Saturday in Columbia at No. 17 Missouri (6-2) inside the Hearnes Center with matchups between an LSU squad that has one of the top defenses in the SEC and a Missouri team that features one of the league’s top offenses.

The Tigers will be back in action for the first time since November 16 when LSU took down Alabama on the road, 3-0. Missouri is heading into the spring having won its final four matches during the fall.

“I’m super proud of the work ethic our team has shown since the fall,” said head coach Fran Flory. “We are a better volleyball team and a more fit and athletic group than we were anytime we played in the fall.”

Friday’s first serve is set for 6 p.m. CT and Saturday’s will begin at 8 p.m. with both matches set to be streamed on the SEC Network + with Nate Gatter and Riley Rohler on the call.

This weekend’s matchups will feature the SEC’s top two offensive players in LSU’s Taylor Bannister and Missouri’s Kylie Deberg. Bannister was dominant for the Tigers during the fall and leads the league in points per set (5.89), kills per set (4.70) and aces per set (0.61). Deberg sits just behind Bannister in all three of those categories at No. 2 heading into the matchup.

“It’s elite versus elite and they will be matched up across the net from each other,” said Flory. “The battle will fun, it will be physical, it will be a high level of volleyball, but the fun thing is they are both going to get theirs. The determining factor will be who’s got the best supporting cast.”