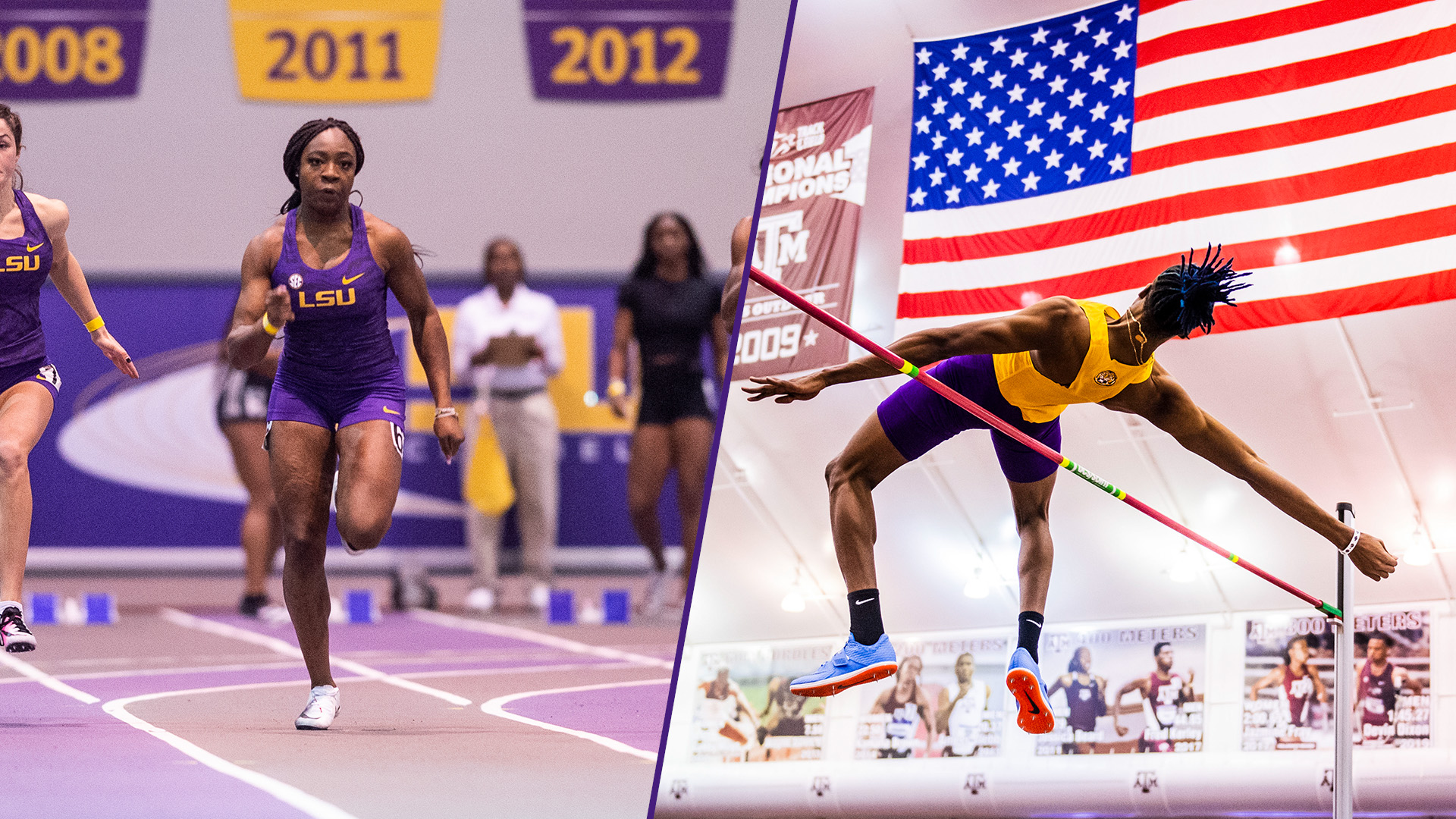 Baton Rouge, La. –  The LSU track and field program will host its second home meet of the 2021 season with the Louisiana Invitational on Friday, January 29 at the Carl Maddox Fieldhouse. Due to COVID-19 protocols, spectators will not be allowed at the meet.

The meet will start at 10 a.m. with the women’s weight throw; both Monique Hardy and Emma Robbins will be back in action after setting personal bests a week ago in the event. Hardy ranks No. 2 on the all-time LSU list, while Robbins owns the fifth best throw in school history. The meet will run all the way until 4:20 p.m. with the men’s 4×400 meter relay. A full competition guide of LSU athletes competing is linked above.

Other notables in action on Friday are JuVaughn Harrison (high jump), Thelma Davies (60 meters), Eric Edwards Jr. (60 meter hurdles) and Aliyah Whisby (long jump). Harrison, a two-time national champion, will compete in the high jump for the first time this season. He already owns the No. 2 long jump in the nation with a leap of 26′ 2.25″ on January 16. In 2019 at the NCAA outdoor meet, Harrison became the first man in NCAA history to win national titles in both the high jump and long jump.

Edwards Jr., the 2020 SEC silver medalist, opens up his 2021 campaign in the 60 meter hurdles. The junior from New Orleans owns a PR of 7.61 from a year ago and that ranks as the third fastest ever in LSU history. Davies, a 2020 SEC scorer in both the 60 meters and 200 meters, will open up with her first 60 meter dash of the season on Friday, and Whisby, a transfer from Georgia, will make her LSU debut in the long jump. Whisby is a two-time scorer at the NCAA meet and has a personal best of 22′ 2.25″ (6.76 meters) in the long jump.

The first U.S. Track & Field and Cross Country Coaches Association rankings came out on Monday afternoon. The men’s squad checks in early at the No. 3 spot, and the LSU women are ranked No. 7.

On the women’s side, the Tigers have two national leaders in Lisa Gunnarsson (pole vault) and Abigail O’Donoghue (high jump). Milan Young’s personal best of 8.17 in the 60 hurdles ranks No. 5 nationally, and Monique Hardy (No. 8/weight throw) and Symone Mason (No. 9/200 meters) are in the top 10 as well.

Six additions/updates have been made to the LSU record book thus far through two meets. Lisa Gunnarsson broke her own school record at the Purple Tiger Invitational on January 16 inside the Carl Maddox Fieldhouse with a clearance of 14′ 10″ (4.52 meters). Senior Abigail O’Donoghue matched her school record in the high jump last weekend at the Wooo Pig Classic with a clearance of 6′ 2.25″ (1.89 meters).

SEC Athletes of the Week

Abigail O’Donoghue (January 26) and JuVaughn Harrison (January 19) have been the two weekly honorees for LSU this season.