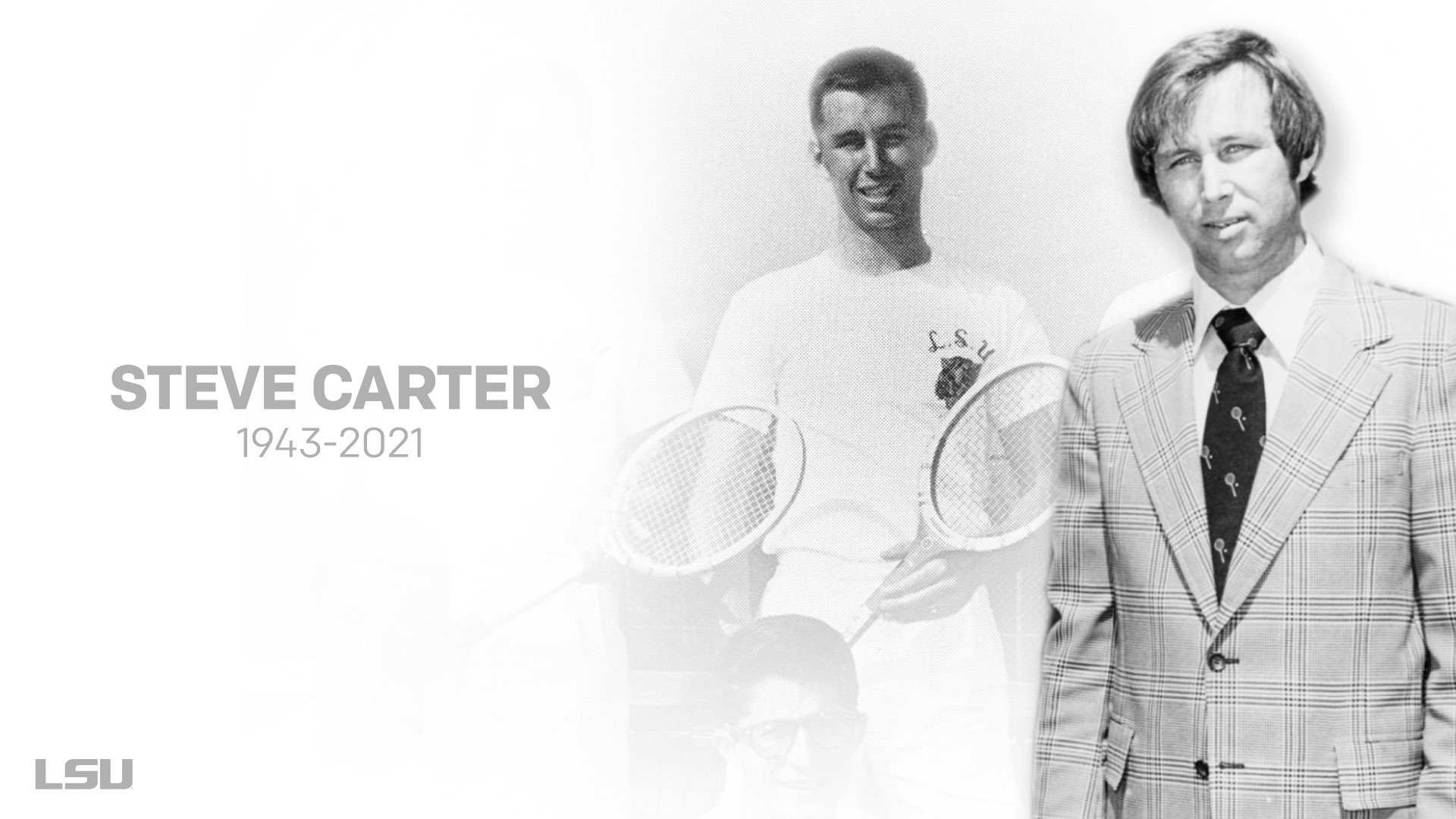 BATON ROUGE – Steve Carter, who led LSU to the 1976 Southeastern Conference Championship in men’s tennis and later served as an associate athletic director for the Tigers, passed away on Tuesday night from complications due to Covid-19.

Carter, a former Louisiana State Representative serving District 68 for 12 years, was a three-year letterwinner for the LSU tennis team from 1963-65, serving as team captain twice. He was also president of the LSU student body in 1965-66.

Carter was named head coach of the LSU men’s tennis team in 1975, leading the Tigers to a 76-19 mark over a four-year span. He was selected as the SEC Coach of the Year in 1976 and 1978. LSU won the SEC title under Carter in 1976 and he led the Tigers to their first-ever NCAA Tournament appearance in 1978.

“We are deeply saddened of the passing of Steve,” LSU Director of Athletics Scott Woodward said. “Steve was a friend to everyone and spent his life helping others. He loved LSU and was devoted to bettering our community and our university. He will be missed but his impact will continue on through those who knew him and those who he served.

“Our thoughts and prayers go out to his wife Gloria, his two children Amelia and Solomon and the rest of his family.”

Following his graduation from LSU in 1966, Carter spent five years in the United States Air Force where he served as a personnel officer and earned a commendation medal on his way to attaining the rank of captain.

Carter was named assistant athletic director at LSU in 1987 and was later promoted to associate AD, a position he held until 1995.

An avid tennis player, Carter taught tennis lessons and also served as the tennis pro at a Baton Rouge tennis club. He is also a former LSU “L” Club Man of the Year.

Carter represented part of Baton Rouge in House District 68 for three consecutive terms, beginning in 2007. He was chairman of the House Education Committee from 2012-15.

He is survived by his wife Gloria, their two children Ameilia and Solomon, and four grandchildren.