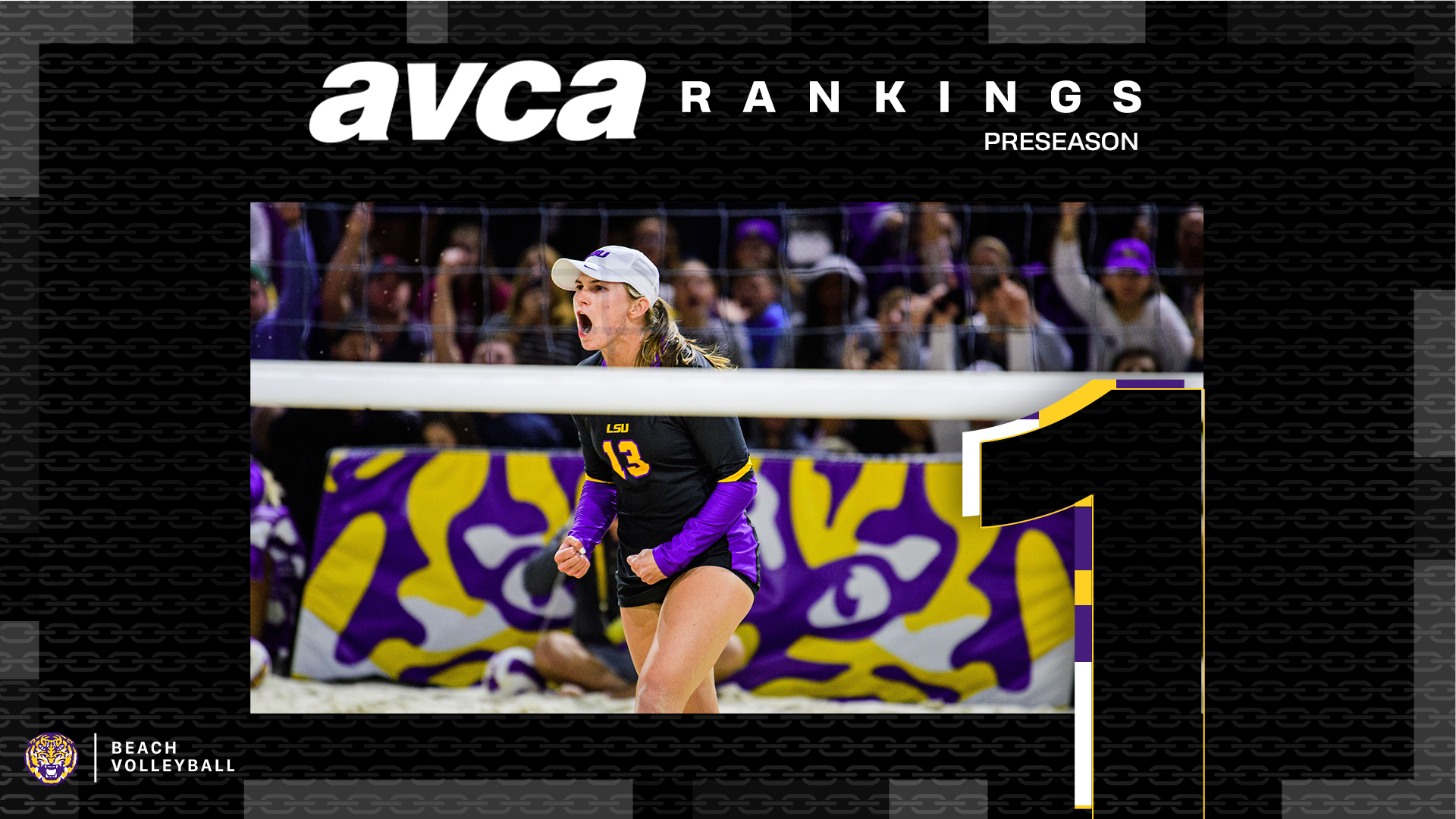 BATON ROUGE – The LSU Beach Volleyball team is the No. 1 team in the country in the American Volleyball Coaches Association Coaches Poll released Wednesday, marking the first time the Tigers will enter the season as the top ranked team in the nation. LSU was the No. 1 ranked team when the 2020 season ended early.

The Tigers have now been featured inside the Top-10 for each of the past 41 AVCA polls released, dating back to the 2016 season.

The Tigers are entering 2021 with more anticipation than ever before. After climbing to the No. 1 ranking in 2020 before the season was ended prematurely, LSU has every major contributor back from last year’s team and will look to pick up this year where it left off.

Before last season’s sudden conclusion, LSU had racked up 11 straight victories, including five against ranked opponents. The Tigers’ two signature wins last year both came against UCLA – first in Hawaii during the Duke Kahanamoku Beach Classic Championship and the second a week later at LSU Beach Volleyball Stadium in front of a record crowd.

LSU will face multiple teams in the AVCA Poll throughout the season, including No. 18 Georgia State, No. 15 TCU, No. 14 South Carolina, No. 12 Florida Atlantic, No. 7 Grand Canyon, No. 4 USC, No. 3 Florida State and No. 2 UCLA. The Tigers will host Georgia State, South Carolina and Florida State during the season. LSU is also poised to make a weekend trip to the West Coast where it will square off in double-headers at UCLA Saturday, April 3 and at USC Sunday, April 4.