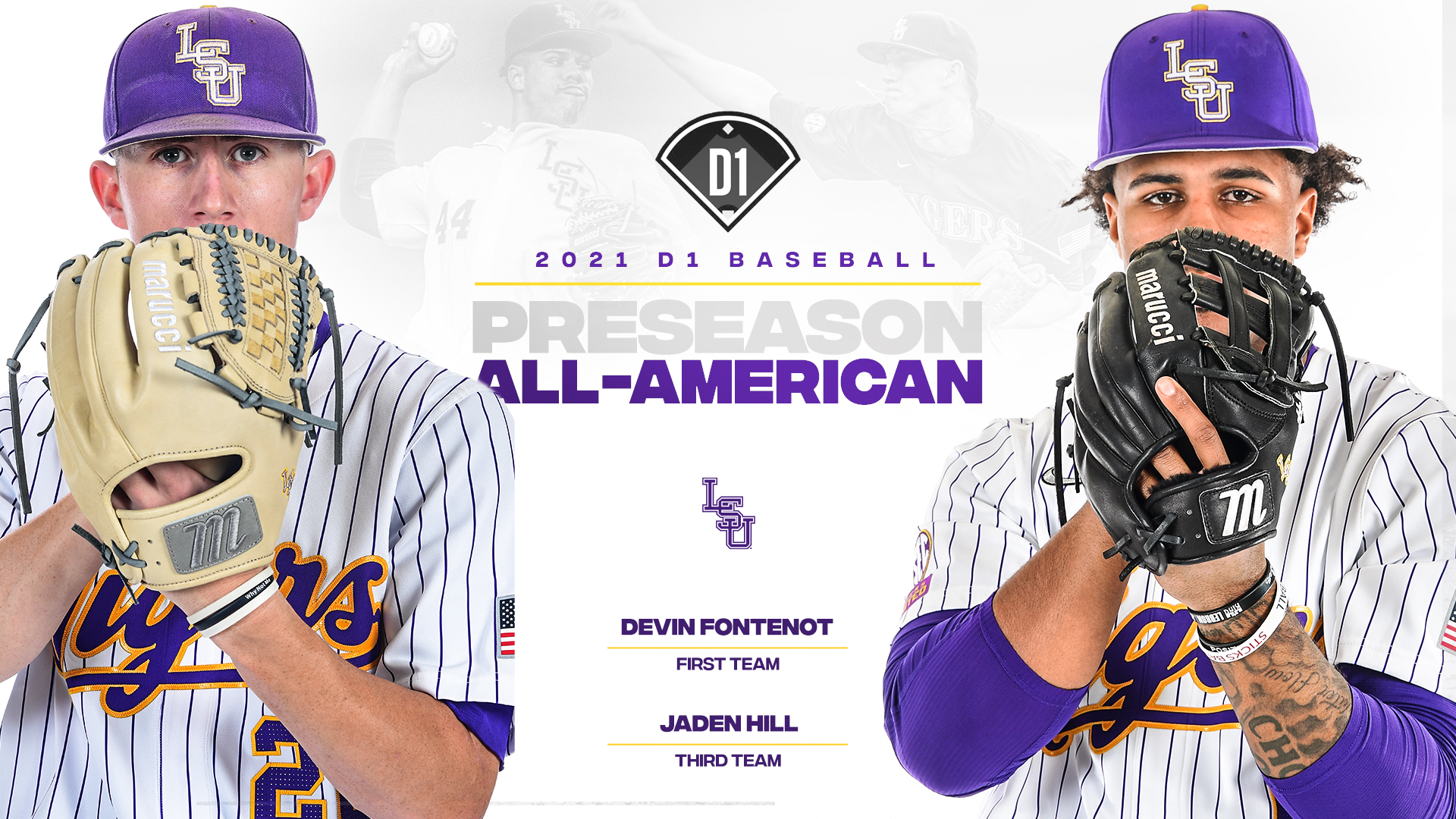 BATON ROUGE, La. – LSU pitchers Devin Fontenot and Jaden Hill on Tuesday received 2021 Preseason All-America recognition from D1 Baseball.com. Fontenot was named to the first team, and Hill was voted to the third team by the college baseball web site.

Hill, a junior right-hander from Ashdown, Ark., allowed just one hit in 11.2 innings in the shortened 2020 season while recording 17 strikeouts. Opponents batted only .028 (1-for-36) against Hill during the year.

Hill made his first appearance in a game in nearly a year when he worked two relief innings versus Indiana on February 15. Hill, who was sidelined in 2019 by an elbow injury, was dominant in the outing, firing two shutout frames with no hits, one walk and three strikeouts. His fastball was consistently clocked in the upper 90s, peaking at 98 mph.

Two-time World Series Champion Alex Bregman is one of several special guests to join coach Jay Johnson as over 1,000 fans gathered on January 22 to raise a record $228,000 for the LSU Baseball program. The Tiger Athletic Foundation event was held at the Crowne Plaza Hotel in Baton Rouge.
Skip To Main Content