Men Ranked No. 3, Women No. 7 in USTFCCCA Rankings 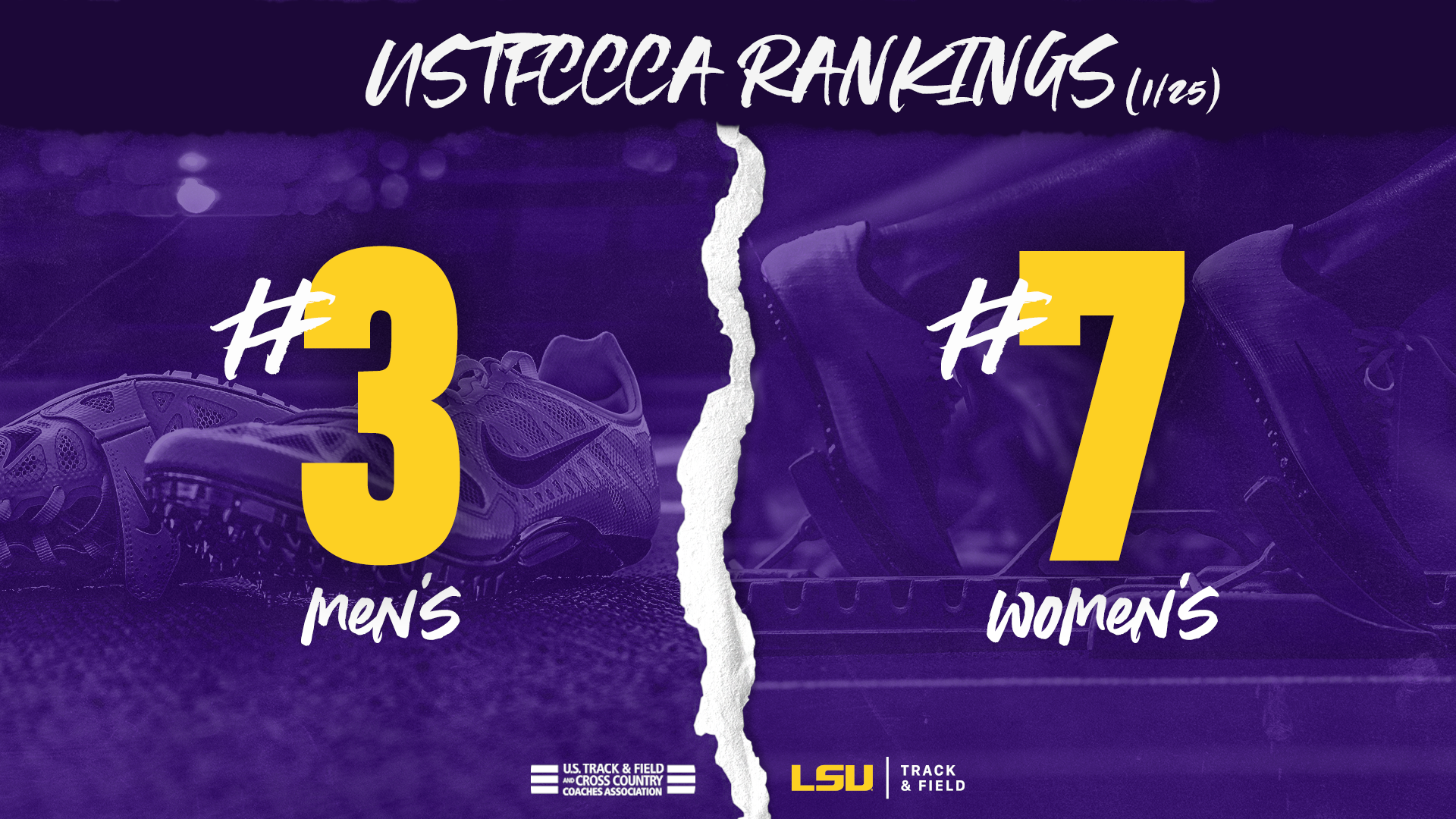 Baton Rouge, La. –  The first installment of the 2021 U.S. Track & Field and Cross Country Coaches Association rankings were released on Monday by the national office and the LSU men are ranked third, while the LSU women are in the seventh slot.

The Tigers are two weeks into the indoor season and have a plethora of quality marks registered early on. Ten LSU athletes own top-10 marks in the NCAA early on and are led by NCAA leaders Abigail O’Donoghue (high jump) and Lisa Gunnarsson (pole vault). Gunnarsson registered her NCAA at LSU’s Purple Tiger Invitational on January 16 with a clearance of 14′ 10″ (4.52 meters). O’Donoghue just matched her previous personal best and LSU school record of 6′ 2.25″ (1.89 meters) on Saturday at the Wooo Pig Classic.

Terrance Laird (200 meters), Davis Bove (mile), Damion Thomas (60 meter hurdles), and JuVaughn Harrison (long jump) lead the way for the men’s side with top five national marks. Laird clocked a 20.61 season opener in the 200 meters on Saturday to win the event and rank second nationally. Harrison’s second-best long jump in the NCAA came on January 16 with a leap of 26′ 2.25″ (7.98 meters), while Bove (4:00.20/mile) and Thomas (7.71/60m hurdles) registered their marks on Saturday in Fayetteville and are ranked third in the nation in their respective events. Jon Nerdal is the final member of the men’s team ranked in the top 10 of the NCAA with a season best weight throw of 69′ 0.50″ (21.04 meters) from the Wooo Pig Classic.

Milan Young is the highest rated individual on the women’s team currently with a personal best of 8.17 in the 60 meter hurdles that she ran on January 16 to rank fifth nationally. Freshman Monique Hardy is the only freshman in America to be ranked inside the top 10 of the women’s weight throw with a collegiate personal best of 69′ 6″ (21.18 meters), which ranks sixth nationally. Symone Mason opened in the 200 meters at the Wooo Pig Classic on Saturday and clocked the ninth-fastest time in the NCAA this season (23.38).

The men’s 4×400 meter relay squad of Noah Williams, Dorian Camel, Charles Lewis, and Sean ‘Squirrel’ Burrell rank third nationally with a time of 3:06.64 that they ran on Saturday.

LSU is back in action on Friday with the Louisiana Invitational at Carl Maddox Fieldhouse. Due to COVID-19 protocols, spectators will not be allowed.