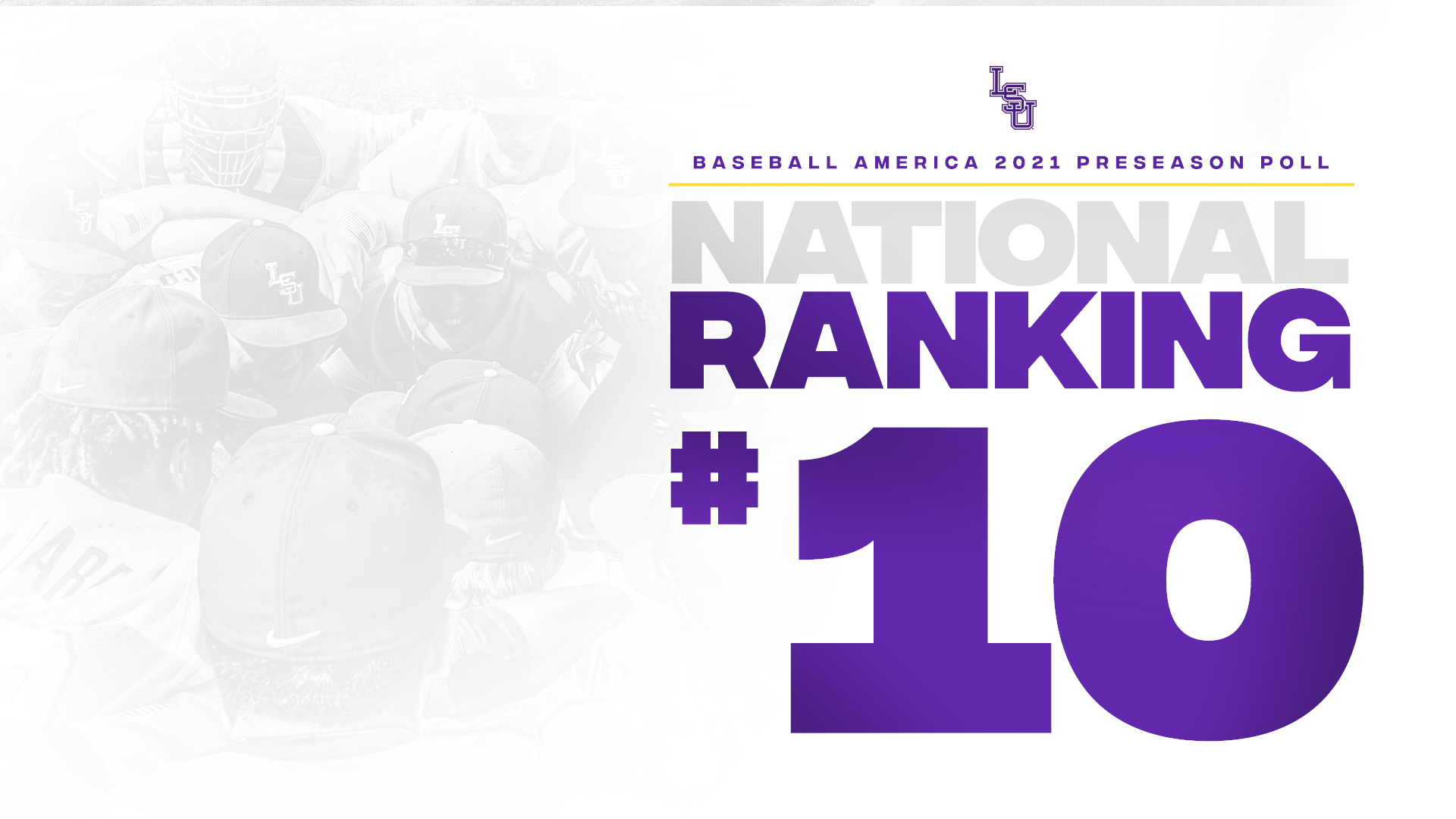 BATON ROUGE, La. — LSU is No. 10 in the 2021 Baseball America preseason poll released Monday, marking the Tigers’ second Top 10 preseason ranking. LSU is No. 7 in the Collegiate Baseball poll that was released in December.

LSU will begin the season ranked among the Top 10 teams in the nation for the ninth time in 10 years.

The Tigers begin preseason workouts on Friday, and LSU opens the 2021 season at 7 p.m. on February 19 versus Air Force in Alex Box Stadium, Skip Bertman Field.

LSU has a 38-man roster that includes a recruiting class ranked No. 2 in the country by Baseball America. The Tigers also return 10 position players with starting experience and 10 pitchers who recorded innings last season.

The pitching staff is led by junior right-hander Jaden Hill, who is projected as the Tigers’ No. 1 starter; and senior right-hander Devin Fontenot, who is expected to work as the LSU closer. Both Hill and Fontenot earned 2020 All-America honors following the pandemic-shortened season.

LSU is one of nine Southeastern Conference teams appearing in the Baseball America 2021 preseason Top 25, along with No. 1 Florida, No. 4 Ole Miss, No. 6 Vanderbilt, No. 8 Mississippi State, No. 14 Arkansas, No. 18 South Carolina, No. 19 Tennessee and No. 25 Alabama.

The Tigers’ 2021 schedule features 21 games against teams ranked in the Baseball America Top 25.