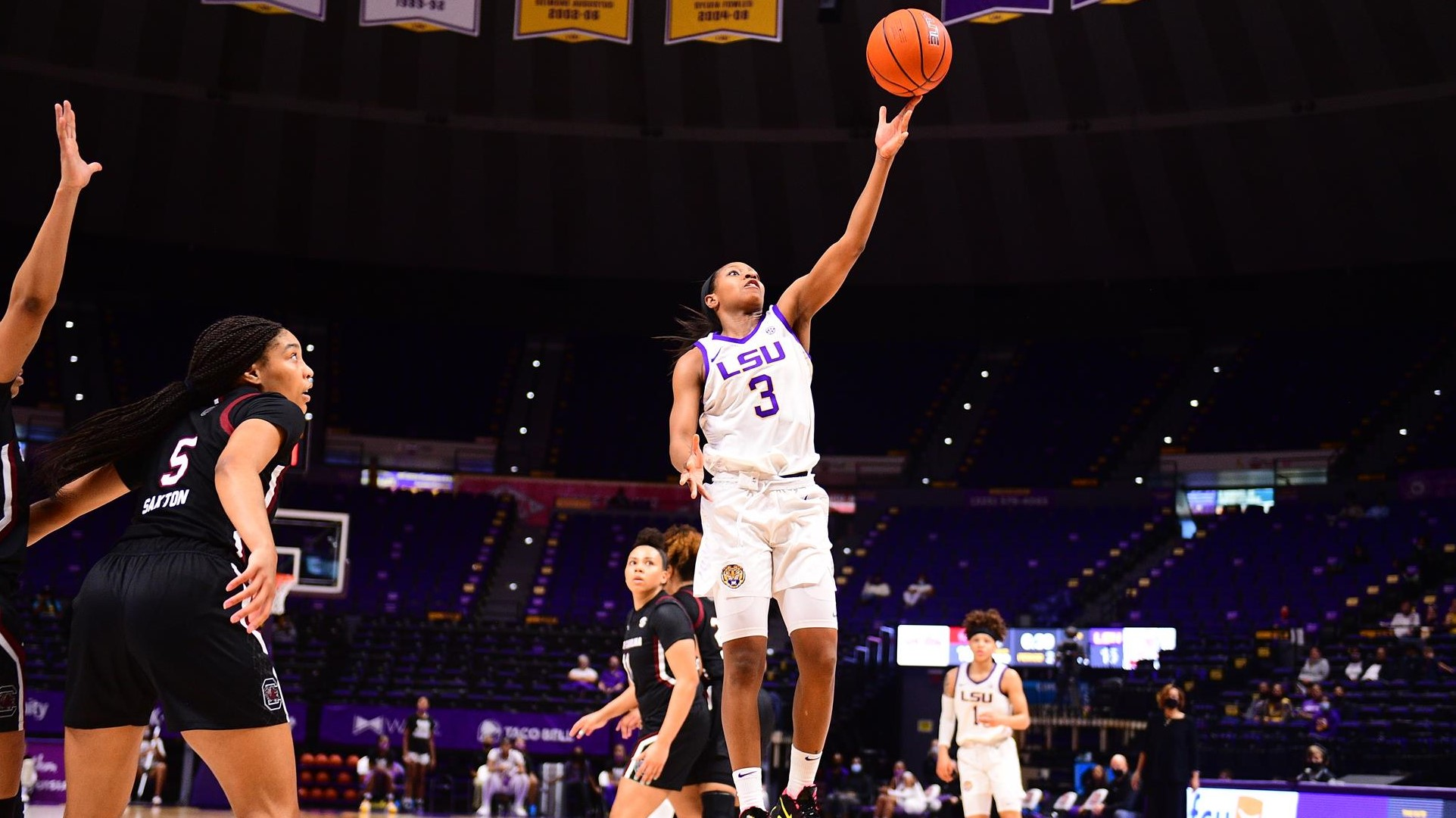 BATON ROUGE, La. — It was a defensive battle in the Pete Maravich Assembly Center on Sunday afternoon, but the LSU women’s basketball team came up short against the No. 4 South Carolina Gamecock, 69-65.

Early on in the game, both teams struggled offensively, but the defensive effort on both sides was equally impressive. The score at the end of the first half was 25-23 in LSU’s favor after senior Karli Seay collected a steal and an easy layup on the other end as the clock hit zero.

The tandem of senior Khayla Pointer and sophomore Tiara Young had a strong outing in the backcourt. Pointer finished with 18 points, five rebounds and three assists. Young had 16 points, six rebounds and an assist.

Senior Awa Trasi got into the paint, where she thrives and collected nine points and four rebounds.

On what LSU struggled with during the game…

“I think when you aren’t putting the ball in the hole, and I said this to them, ‘If we are not on the offensive glass and we are not back in transition, then where are you?’ There was too much spectating, too much looking and not sprinting and getting back. They were obviously very adamant about pushing tempo. The layups were coming from them being able to rebound it and then kick it ahead. Whenever you are playing a team that is doing that, you have to have everyone committed to getting back and I didn’t feel like we had that commitment.”

“I think in the second half when you look at us, we are kind of that second half team as well. However, they made the plays they needed to make down the stretch. I thought we had a lot of looks at the rim. We missed a lot of points that we could have scored in the paint. We didn’t have a horrible shooting night, but I thought we could have definitely shot better for the game. You need to make sure when you’re playing a team like South Carolina that you convert on those easy shots and we didn’t do that tonight.”

“When you talk about the pace and the tempo of the game, I think the one thing our kids like is when we can play. There was a lot of stoppage and fouls being called, more than we would have liked. I think that changed the momentum of the game. I like when our kids are able to play and do some things and when the pace of the game is consistent. I think that wasn’t the case tonight.”

The Tigers will hit the road to take on Georgia Thursday inside Stegeman Coliseum. The matchup will be streamed on the SEC Network Plus at 6 P.M. CT. As always you can listen to the Voice of the Tigers, Patrick Wright, broadcasting on 107.3 FM in Baton Rouge.