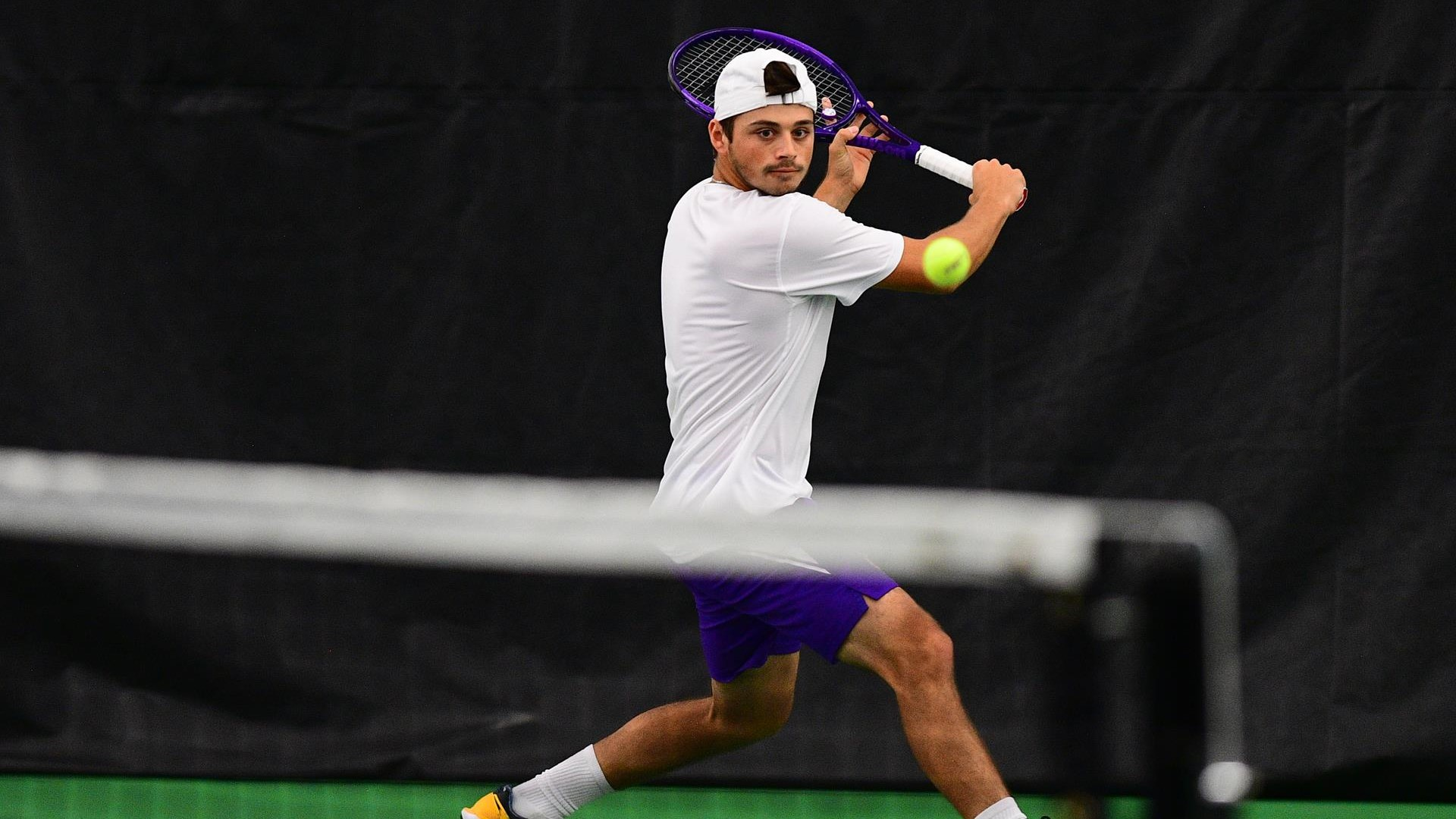 Co-head coaches Andy and Chris Brandi have achieved a 4-0 record every season they’ve been at the helm of the Tigers. The Tigers will have an opportunity to go 6-0 for the first time in the Brandi Era next Sunday, January 31st when they face Rice and Incarnate Word on the same day.

Doubles has been a strong suit for LSU for the past couple of years and Saturday showed no different. The redshirt sophomore duo of Boris Kozlov and Nick Watson started off the day with a 6-2 victory over UTSA’s Juri Reckow and Kai Breitbach. Rafael Wagner and Ronald Hohmann secured the doubles point after defeating Joao Ceolin and Javier Gonzalez, 6-3. The newly formed duo of Joey Thomas and Joao Graca had a comeback victory on Wednesday over ULL, but couldn’t do the same on Saturday, falling to Sebastian Rodriguez and Slava Gulin, 6-4.

Boris Kozlov was the first in the win column in singles, defeating Javier Gonzalez on court 3, 6-4, 6-3. Shortly after, freshman Joao Graca improved to 2-0 in singles after defeating Javier Rodriguez, 6-,4 6-4. LSU was a match away from clinching the victory, but UTSA didn’t go without a fight. Slava Gulin defeated Joey Thomas after a back-and-forth tiebreak in the second set, 6-2, 7-6(8). The last three matches on courts one, two, and three, all were pushed to a third set. Ronald Hohmann looked strong in his first set, winning it 6-3, but faltered in the second set, 5-7. He turned it up a notch in the third set, breezing through 2020’s C-USA Freshman of the Year, Sebastian Rodriguez, 6-3, 5-7, 6-2. Hohmann got the Tigers their four points, giving the Tigers the win, but Tom Pisane and Rafael Wagner were still battling on their respective courts. Freshman Tom Pisane rolled through his first set, 6-3, but like Hohmann, fell in the second set, 4-6. The third set was knotted at 5-5, forcing a tiebreak. UTSA’s Juri Reckow caught fire and ended up defeating Pisane, 3-6, 6-4, 6-5(6). All eyes turned to Rafael Wagner on court two. The first set of Wagner and Joao Ceolin was foreshadowing for how the rest of the match was going to play out. Knotted at six a piece in the first set, Wagner and Ceolin played a tiebreak where Wagner fell 6-7(7). Wagner managed to avoid a tiebreak in the second set, winning it 6-4. The third set found the two tied, yet again, 5-5, pushing it to a best-of-7 tiebreak. Wagner turned it up and was victorious in the marathon, 6-7(7), 6-4, 6-5(4), giving LSU the 5-2 victory.