Tigers Off To Lexington To Face Kentucky, Saturday, 5 p.m. CT 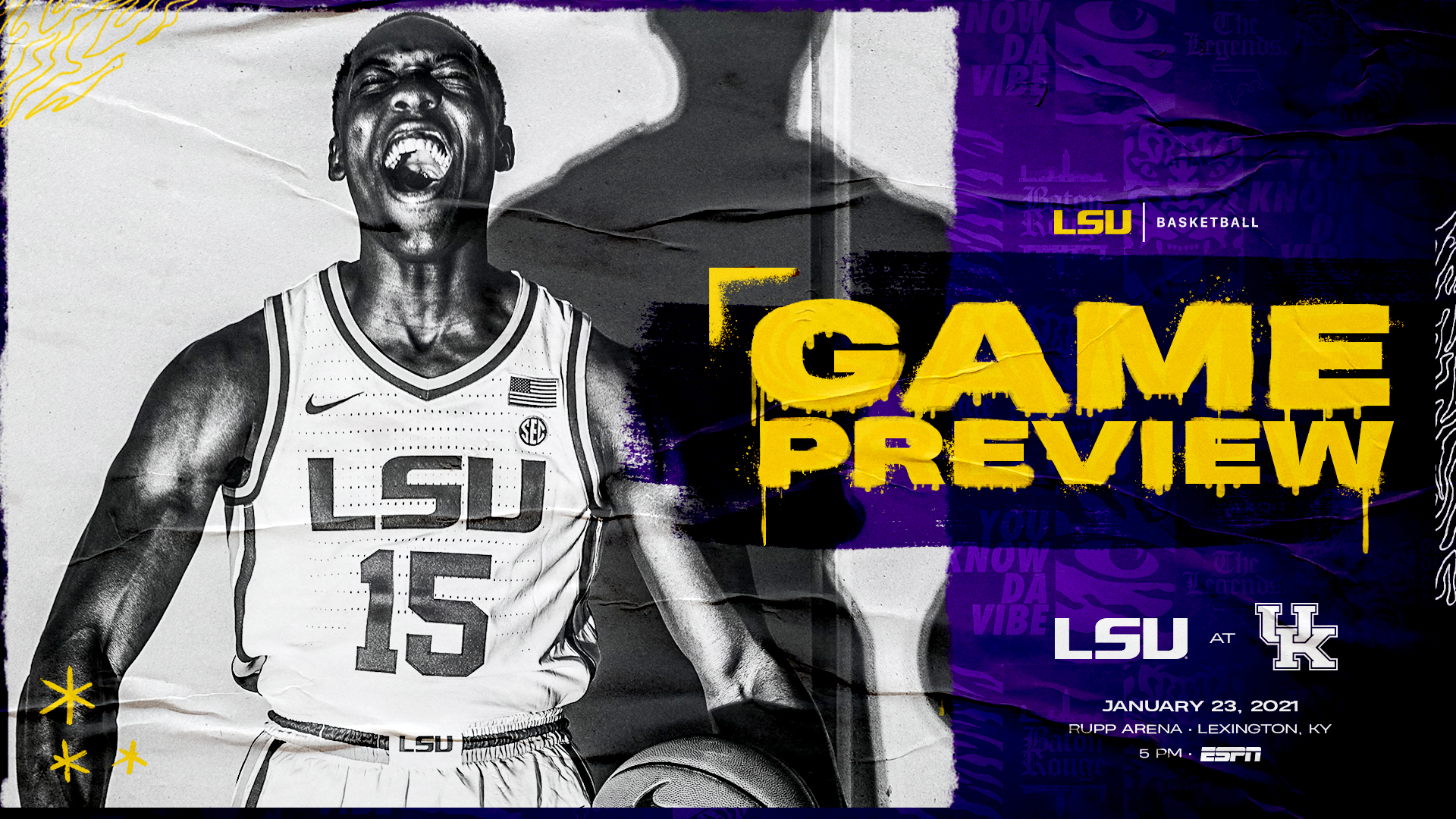 BATON ROUGE – The LSU Tigers look to improve both offensively and defensively when they head to Lexington, Kentucky for a Saturday early evening contest with the University of Kentucky.

The Tigers and Wildcats will tip off just after 5 p.m. CT at Rupp Arena at Central Bank Center and will be televised by ESPN with Karl Ravech and Jimmy Dykes on the call. Chris Blair, the Voice of the Tigers, and former head coach John Brady will call the action on the affiliates of the LSU Sports Radio Network including Guaranty Media flagship in Baton Rouge, Eagle 98.1 FM.

LSU will be looking to turn the page after a 105-75 loss at home to Alabama on Tuesday in which the Crimson Tide set an SEC record with 23 made three-pointers. Kentucky lost on a layup in the final two seconds, 63-62, at Georgia on Wednesday night.

LSU is 10-3 overall and in second place in the SEC at 5-2. The Wildcats are 4-9 and 3-3 in the league, having lost three straight games to Alabama, Auburn and Georgia.

Kentucky is led in scoring this season by Brandon Boston Jr., at 12.0 points per game. He came off the bench at Georgia to have a big scoring night. Three other Wildcats score in double figures with Terrence Clarke at 10.7 points, Keion Brooks Jr at 10.5 and Oliver Sarr at 10.0.

LSU is expected to go with its same lineup with Javonte Smart and Cameron Thomas at guards and Mwani Wilkinson, Trendon Watford and Darius Days at forwards. Thomas leads the SEC in scoring at 22 points per game and Tuesday got his ninth game of 20 points or more with 21, leading all freshman in Division I. Smart is averaging 14.9 points, 3.8 rebounds and 4.0 assists per contest.

Like most schools in the league, Kentucky leads the overall series at 90-27, with six wins in 50 meetings in Lexington. One of those meetings came a little under two years ago when Kavell Bigby-Williams tipped in a missed layup at the buzzer to give LSU the victory.

This is the start of a long SEC road for the Tigers as following Saturday’s game they will go to Bryan College Station on Tuesday and then to Tuscaloosa on Feb. 3 for a rematch against Alabama before a home SEC game against Florida on Feb. 6.

In the midst of that, LSU will host Texas Tech on Jan. 30 (1 p.m.) in the SEC/Big 12 Challenge at the Pete Maravich Assembly Center.