Eight Tigers to Play for Shot at Super Bowl LV 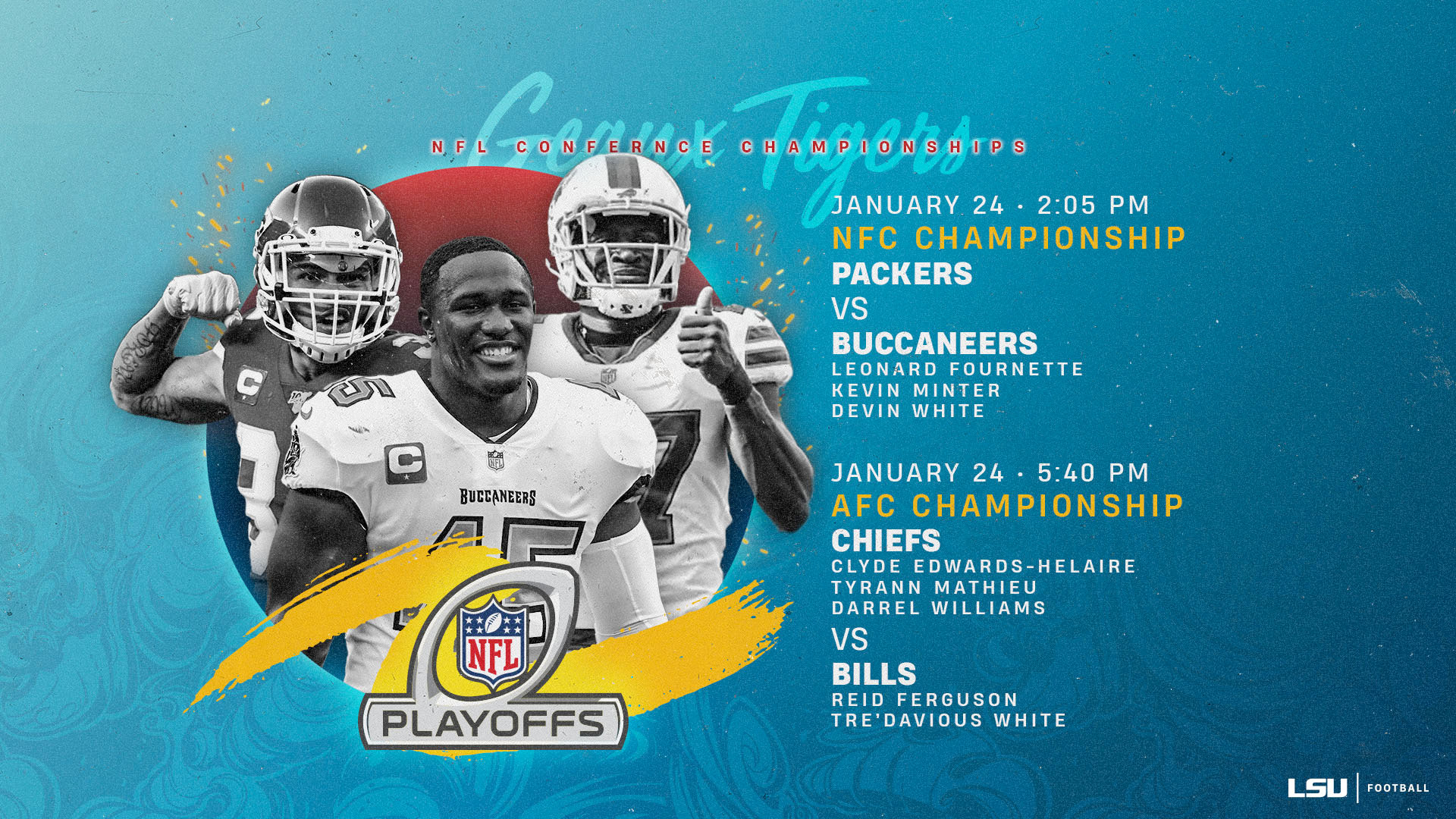 LSU will be guaranteed a player in the Super Bowl for the 20th straight year – the longest current streak in the SEC – as Tigers are on rosters of three of the four remaining teams in the NFL Playoffs.

Sunday’s action begins with NFC Championship Game when Tampa Bay, with three Tigers on its roster, travels to face the Packers at Lambeau Field. Kickoff is scheduled for 2:05 p.m. on FOX. The Buccaneers roster is headlined by Pro Bowl linebacker Devin White and starting running back Leonard Fournette. Kevin Minter, who backs up White at linebacker, is also on the Bucs roster.

The AFC Championship Game will feature five former LSU players when the Chiefs host the Bills at 5:40 p.m. on CBS. Kansas City’s roster is highlighted by All-Pro defensive back Tyrann Mathieu and running back Darrel Williams, who will look to return to the Super Bowl for the second straight year. Chiefs running back Clyde Edwards-Helaire will attempt to join an elite group of players to win a national title and appear in the Super Bowl in consecutive years. Edwards-Helaire returned to practice this week and could play on Sunday after missing the Chiefs’ last three games with an ankle injury.

The following is a complete list of former LSU players on NFL Conference Championship rosters and how they fared during the Divisional Playoffs Weekend: