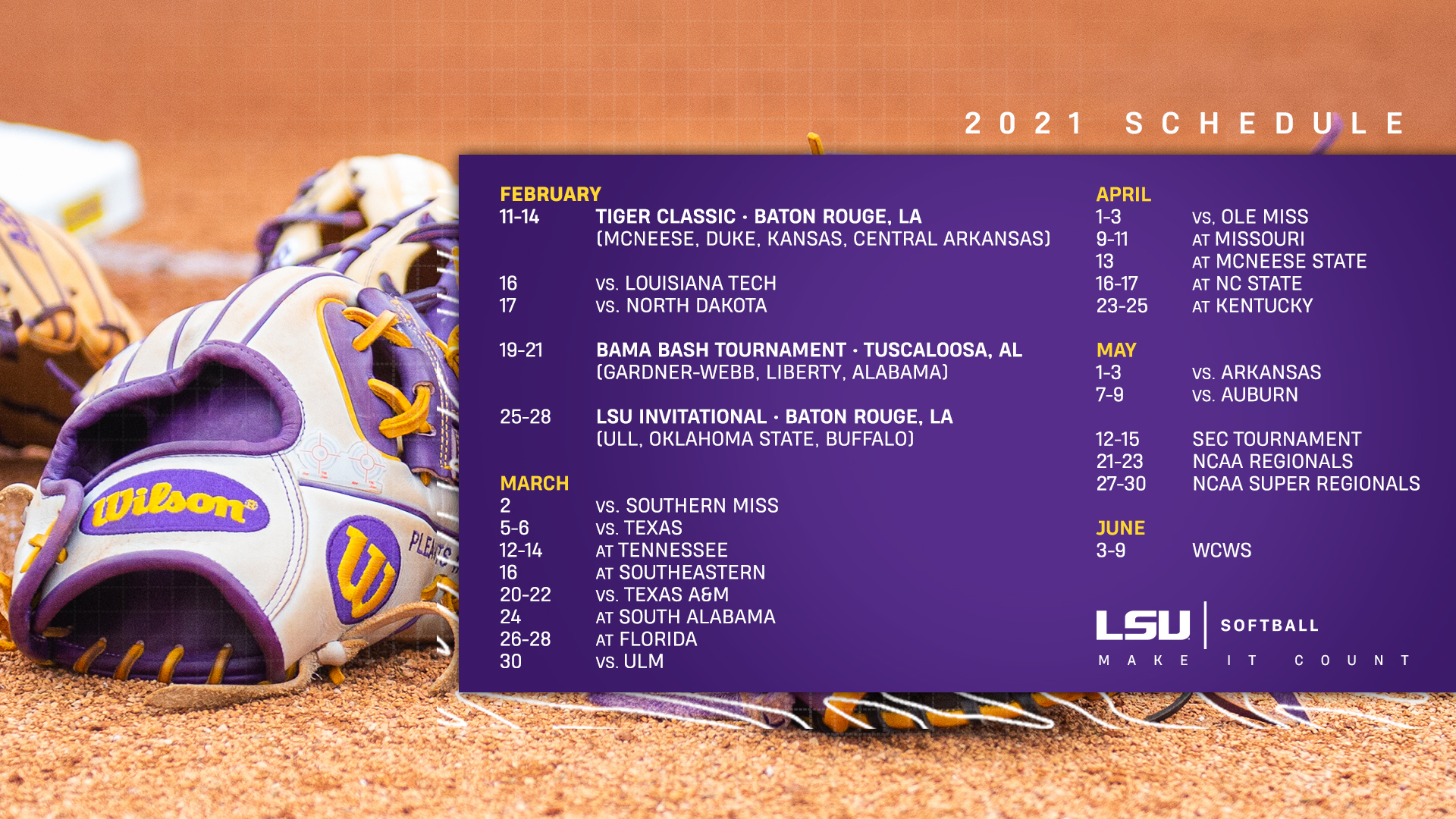 The schedule begins on February 11 with the annual Tiger Classic, playing host to Duke, Kansas, Central Arkansas and McNeese. Following the Tigers Classic, LSU will host two midweek matchups against Louisiana Tech and North Dakota before traveling to Tuscaloosa for the Bama Bash February 19. In that tournament, the Tigers will face Gardner-Webb, Liberty and Alabama in non-conference contests.

The second home tournament for the Tigers will take place February 25-28 and will include games against ULL, Oklahoma State and Buffalo.

To start off March, the Tigers will face Southern Miss in a midweek matchup in Tiger Park before hosting Texas for a three-game series March 5-6.

The Tigers will start out conference play on the road, heading to Tennessee in Knoxville, Tennessee March 12-14. They will return home to take on Texas A&M March 19-21 and will follow with a road trip to Florida March 26-28.

Ole Miss will make a visit to Tiger Park Easter weekend, April 2-4 before the Tigers take road trips to Missouri on April 9-11 and to Kentucky April 23-25.

LSU will play the final two weeks of the regular season at home with Arkansas on April 30-May 2 and Auburn May 7-8. An opportunity to make-up any postponed contests will be May 3-5 as a midweek doubleheader.

The 2021 SEC Softball Tournament is set for May 12-15 at Rhoads Stadium on the campus of the Alabama.

Throughout the conference portion of the season, the Tigers will have three midweek road matchups against Southeastern (March 16), South Alabama (March 24)and McNeese (April 13), and a home midweek against ULM (March 30). LSU will also play a three-game series at NC State April 16-17.

NCAA Regional dates are set for May 21-23 with Super Regionals following May 27-30. The Women’s College World Series, held in Oklahoma City, will be held June 3-9.