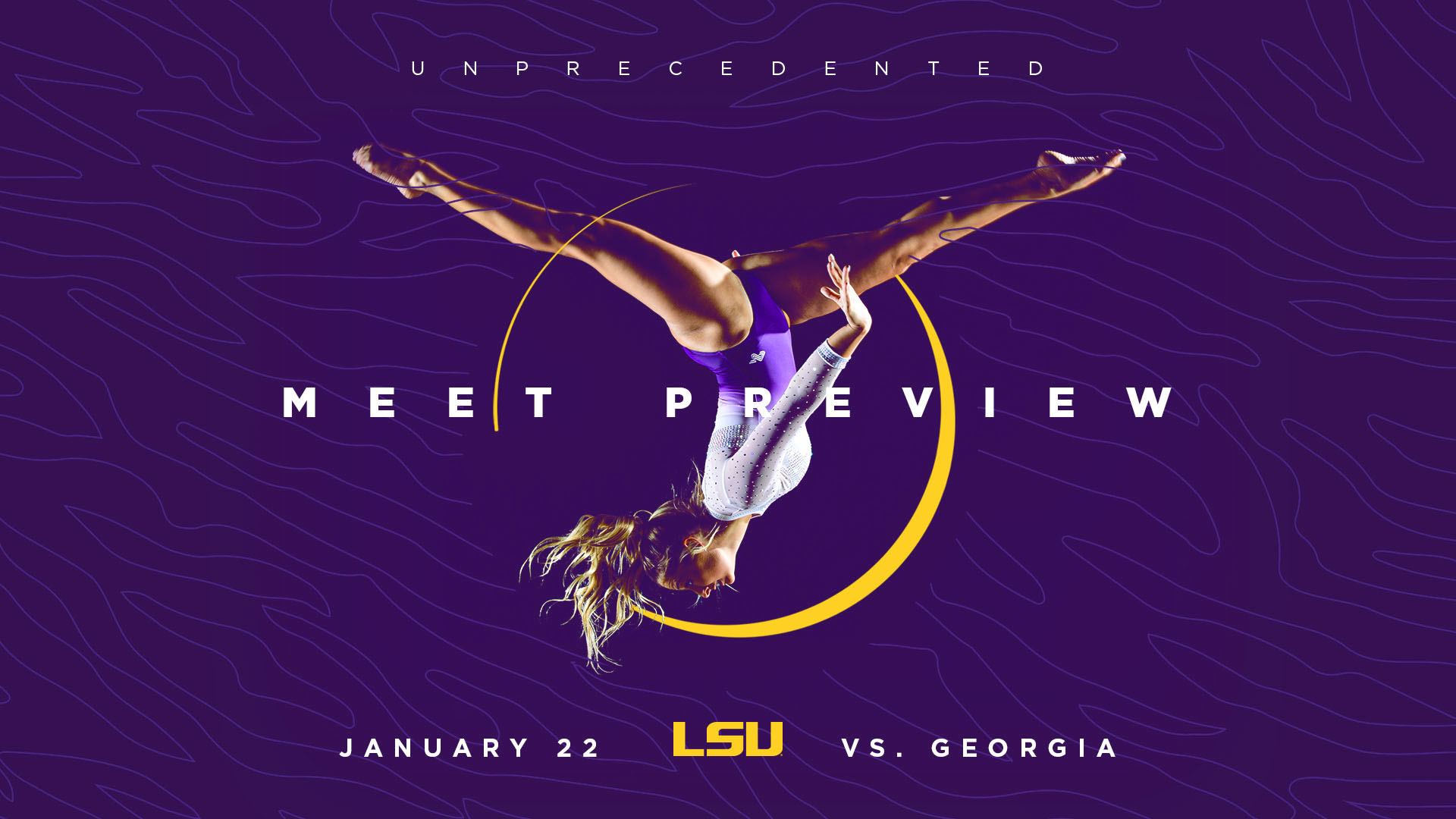 BATON ROUGE – No. 5 LSU Gymnastics (2-0, 1-1 SEC) returns home to the Pete Maravich Assembly Center to take on No. 11 Georgia on Friday night.

The meet between the Tigers and Bulldogs will be streamed live on SEC Network+ through WatchESPN.com and the app. Lyn Rollins and Ashley Lee Scurria will call the meet. First vault will be at 7:31 p.m. CT and doors open at 6:15 p.m.

Fans are encouraged to arrive early and be in their seats for introductions beginning at 7:10 p.m. LSU Athletics will honor legendary coach D-D Breaux following introductions for both teams. Fans unable to attend the meet will be able to watch the ceremony live on LSU Gymnastics Facebook, Twitter, and YouTube accounts.

The same PMAC guidelines from the season opener are still in place. Fans will be required to wear face masks and there will be up to 25 percent capacity in the arena with fans physically distanced. A comprehensive and updated list of COVID-19 related changes can be found here.

Clark Previews the Meet
“Our team really feeds off the energy from our fans so we are really looking forward to getting back home in our own arena,” LSU head coach Jay Clark said. “This is another SEC meet that we need to win to continue toward our goals. We treat every meet like it’s the same because this is the toughest conference in the country.”

Last Time Out
LSU went into Arkansas and scored a 197.275, which marked the highest in the nation in week two and second-highest road score in the nation this season. The Tigers started strong with a 49.425 on bars to set the tone for the night. Three Tigers scored a 9.90 or higher and the other three scored a 9.825 or higher. After scoring a 49.100 on vault, the Tigers provided consistent scores of 49.375 on floor and beam. Despite struggles in a routine on beam and floor, the rest of the lineup responded to carry the squad to a win.

The Georgia Connections
Clark is an alum of the University of Georgia and was on staff for more than 25 years. He spent the last three years in Athens as the head coach. Danna Durante, the mother of LSU senior Sami Durante, followed Jay Clark as the head coach of the Bulldogs. Haleigh Bryant grew up in the state of Georgia and trained at Georgia All Stars before moving to North Carolina at the end of 2010.

Elena Arenas trained at Georgia Elite Gymnastics, the same club as Sami Durante. Arenas’ parents, Pete and Kim, own Georgia Elite. Pete played baseball and Kim Arnold won two NCAA all-around titles for the Bulldogs. Kim was coached by Clark while in Athens. Sierra Ballard’s mother is Lori Strong Ballard, an Olympian and gymnast at the University of Georgia.

Bryant Named SEC Gymnast of the Week
LSU freshman Haleigh Bryant was named the SEC Gymnast of the Week after her outstanding all-around debut against Arkansas. Bryant captured the all-around title with a 39.600 against the Razorbacks. It marked the third highest score of 2021 and the best by a freshman. The all-around score is the highest for any LSU freshman in their debut, and she is the fifth gymnast to score a 39.600 or higher in their first season. It marked the second honor for Bryant in as many weeks. She was named the SEC Freshman of the Week after the season opener.