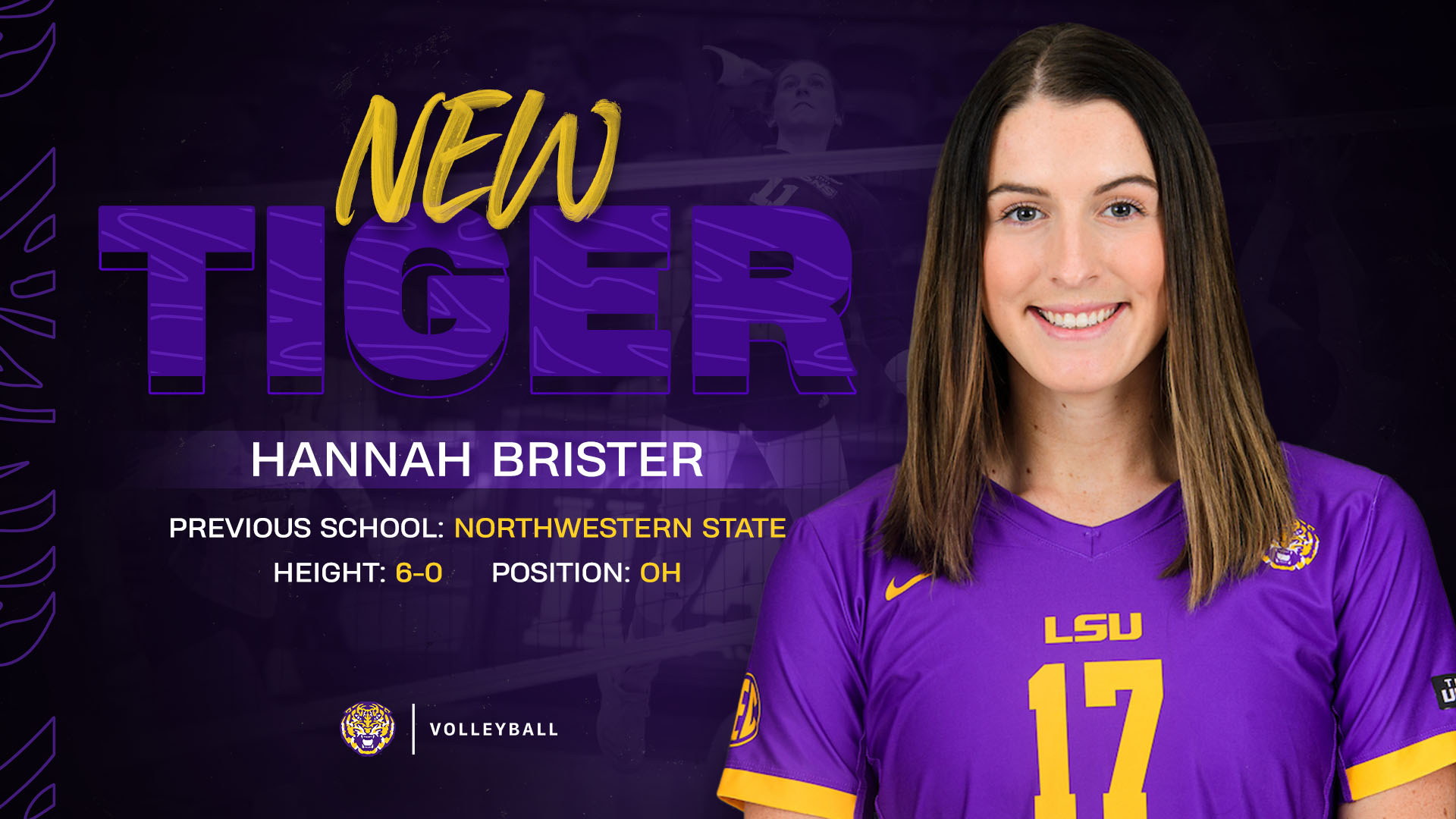 Brister, the 2019 Louisiana Sports Writers Association Volleyball Player of the Year, will join the Tigers ahead of their spring schedule that begins next week with a trip to Columbia, Missouri for matches against Missouri on January 29 and 30.

A native of Paincourtville, Louisiana, Brister originally came to LSU to join the beach program, but will now have an opportunity to bolster the Tigers’ indoor lineup while maintaining the ability to play beach in future seasons.

“Hannah is just a great volleyball player,” Flory said. “She has certainly had a tremendous collegiate career and the opportunity presented itself for her to help us in a position we needed some depth. She is offensively efficient and successful. She leads the state in kills, but she is also a great ball control player. She has trained really hard and it’s nice to have one of our state’s own join us and hopefully be an integral part of our season.”

One of the top players in the history of Northwestern State, Brister was just the fifth player in Southland Conference history to earn both Freshman of the Year (2017) and Player of the Year (2019). Brister was the first Lady Demon to record over 500 kills in a season in 2019 as a junior, finishing with 539 on the year to lead the conference and earn the Player of the Year honor. Throughout her career in Natchitoches, Brister became just the eighth player in program history to reach 1,000 career kills. At the end of her junior year she ranked fifth in NSU’s career kills (1,122) and attempts (3,119) and tied for seventh in hitting percentage (.237). NSU and the Southland Conference did not play volleyball in the Fall of 2020.

The Tigers also added Mason Arnold as the volunteer assistant coach. Arnold served as a practice player for the Tigers over the past two seasons and is now in a position to begin his coaching career after earning a LSU degree in December. A native of Lombard, Illinois, he has three summers of coaching experience, helping train players with Next Level Athletes in the Chicago area to develop the necessary skills for them to become great volleyball players.

Arnold will work primarily with the offense, specifically with attacking positions. He will also work in scouting opponents as well as managing the scout team.

“As a practice player Mason came in and played hard,” said Flory. “As a volunteer coach his role can increase. The opportunities to affect us and help us develop as a team and our players to develop individuals will increase. We are using him more in drills as somebody to set the example and he does a great job of playing every position and doing everything really well. He is probably the best male practice player we have ever had which hopefully transitions into him being one of the most successful volunteer coaches we have ever had.”