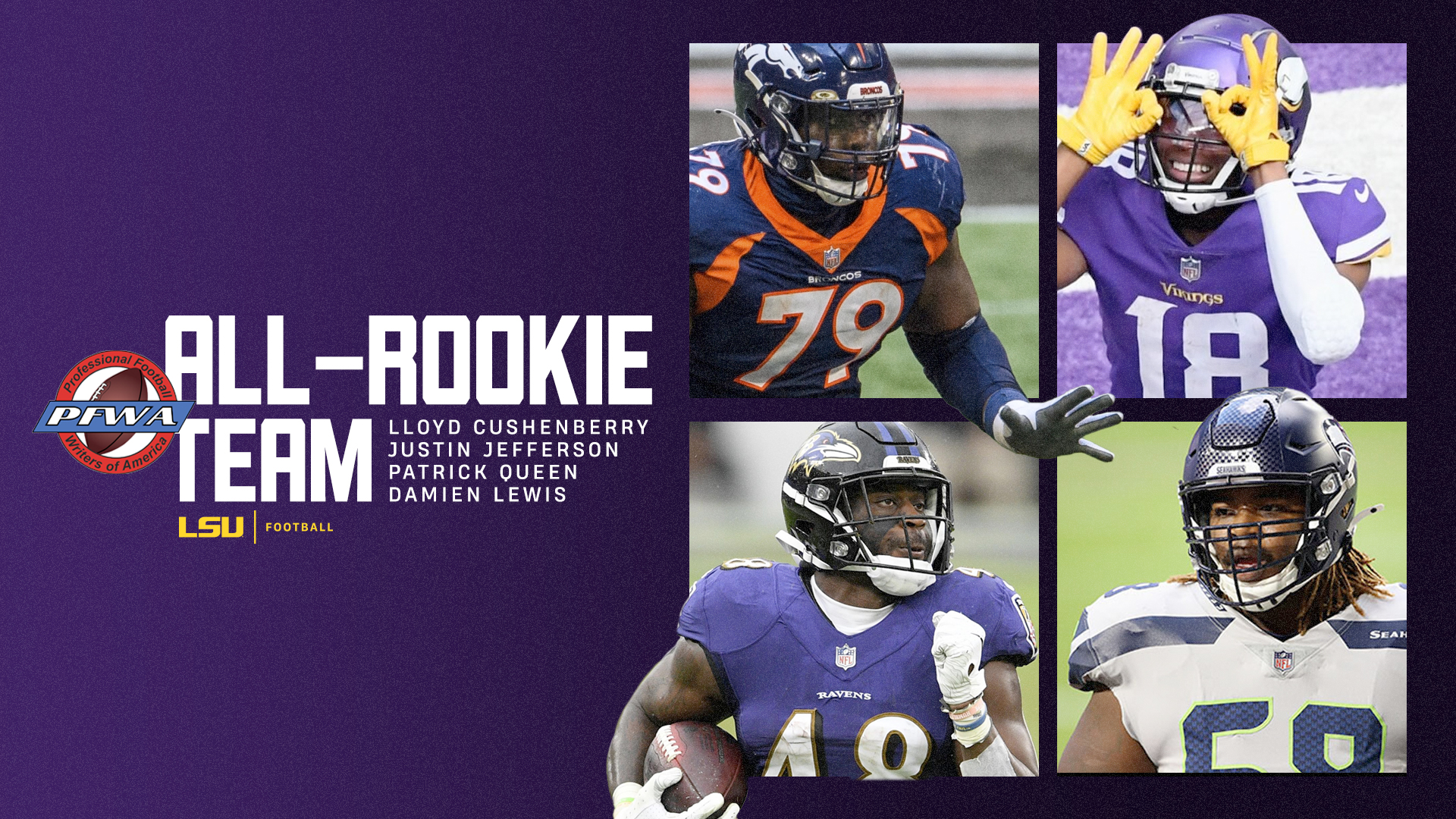 Jefferson, who was the 22nd overall pick in the 2020 NFL Draft, set the league’s rookie receiving record with 1,400 yards on 88 receptions. He scored seven touchdowns for the 7-9 Vikings. Jefferson had seven 100-yard receiving games with his career-best of 175 yards coming in his first start in week 3 against the Titans.

Cushenberry, a third round pick, started all 16 games at center for the Broncos and didn’t miss an offensive play the entire season. Damien Lewis started all 16 regular season games for the Seahawks as well as Seattle’s wild card game playoff loss to the Rams. Lewis started 15 games at right guard and then filled in for an injured and former Tiger Ethan Pocic at center for two games during the year.

Queen, one of four first round draft picks for the Tigers in 2020, recorded 66 tackles, had one interception and recovered two fumbles for the Ravens as a rookie. He started all 16 regular season games as well as Baltimore’s second round playoff game against Buffalo. Queen returned a fumble 53 yards for a touchdown in a win over the Bengals in early October.