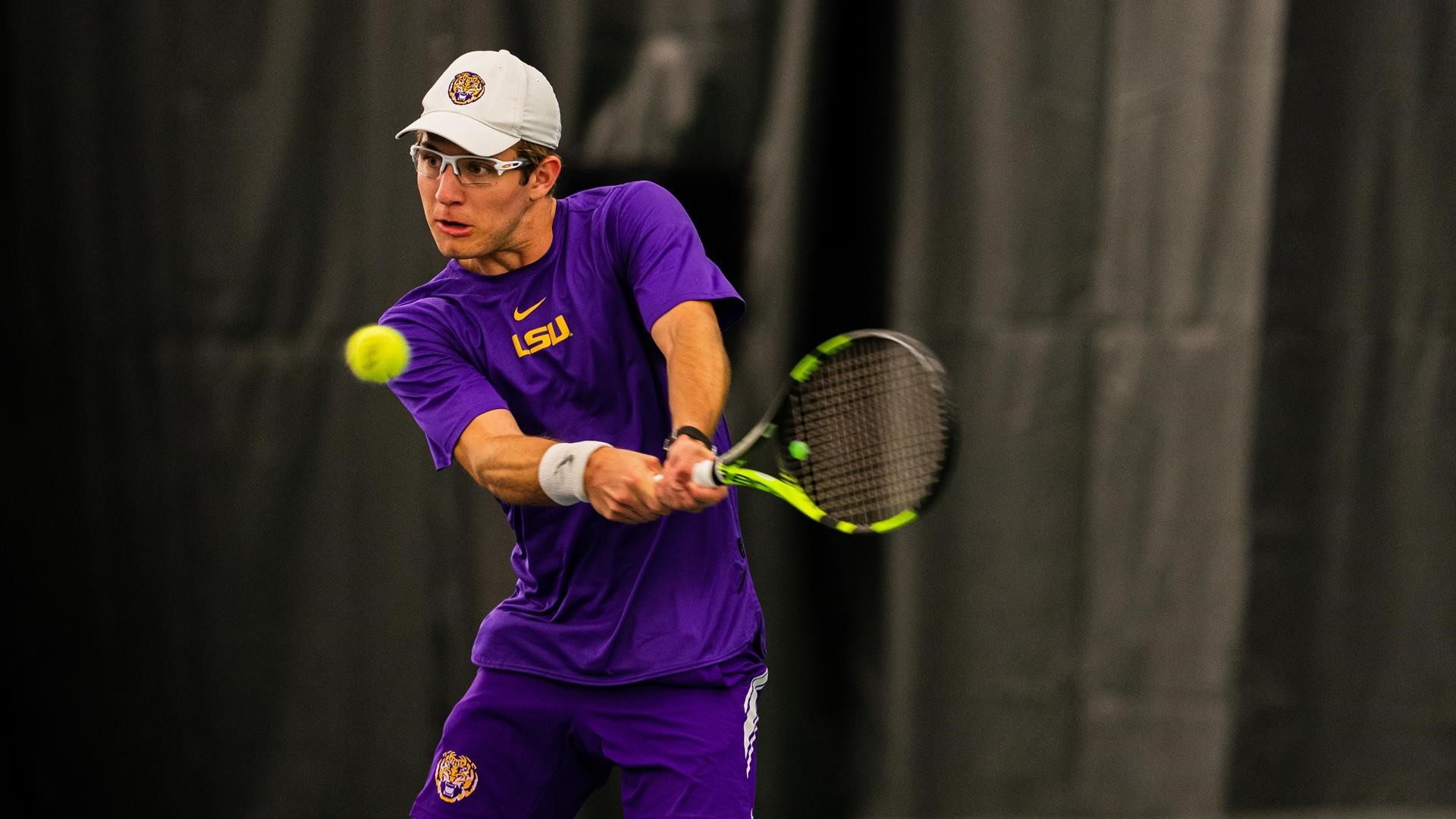 This the Tigers second consecutive season where they’ve started 2-0 without dropping a match.

LSU played indoors Sunday, but it was no different than the result from outdoors on Saturday. LSU’s doubles teams only dropped two sets combined. Rafael Wagner and Ronnie Hohmann defeated Alcorn State’s Stojan Stojanovski and David Pata, 6-1. Shortly after, Nick Watson and Boris Kozlov defeated Kareem Bowe and Santiago Rocca by the same score, 6-1, and clinched the doubles point for LSU.

Alcorn State only had five student-athletes eligible, so LSU started off with a 2-0 lead. Much like the Tigers did on Saturday, they rolled through the Braves in singles. Nick Watson was the only clean sweep of the day, after defeating Dakota Fernandez 6-0, 6-0. Tomas Descarrega clinched the win for the Tigers after he defeated Kareem Bow, 6-0, 6-1. Malik Bhatnagar routed Alcorn State’s Santiago Rocca, 6-1, 6-1, and LSU’s lead was up to 5-0. Freshman Tom Pisane was victorious in his first collegiate dual match over Alcorn State’s Stojan Stojanvski, 6-2, 6-2. Rafael Wagner finished the match and the sweep off, defeating David Pata 6-2, 6-4.

The Tigers stay at the LSU Tennis Complex to face University of Louisiana-Lafayette on Wednesday, January 20 at 5:00 p.m. CT.