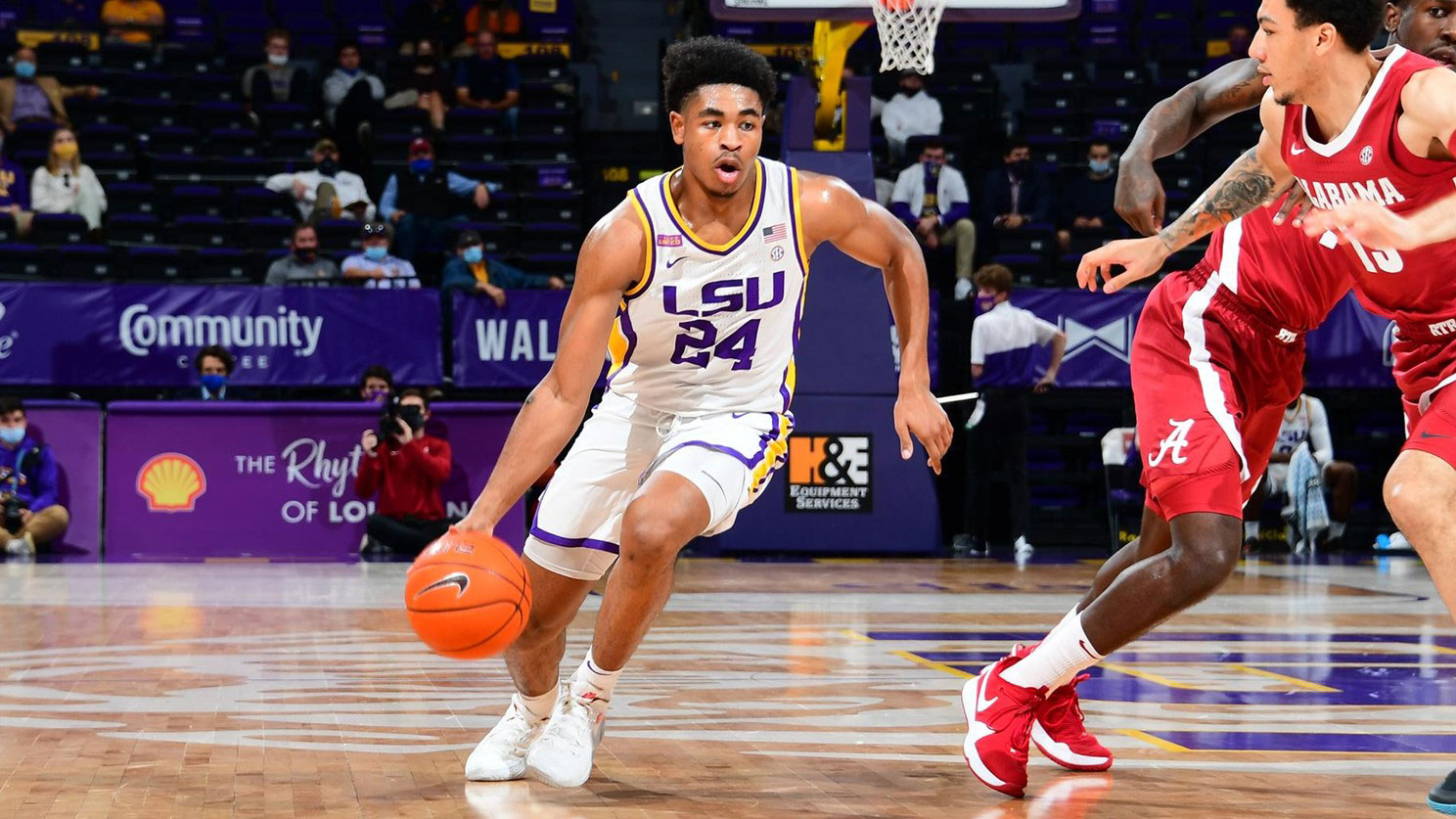 BATON ROUGE – The No. 18 Alabama Crimson Tide hit their first 7 three-point attempts and made a Southeastern Conference record 23 three-pointers in downing the LSU Tigers, 105-75, Tuesday night at the Pete Maravich Assembly Center.

Alabama remains unbeaten in the league at 7-0 and 12-3 overall while LSU drops to 10-3 and 5-2 in the league. LSU travels to Lexington Saturday to play Kentucky at 5 p.m. CT on ESPN and broadcast on the LSU Sports Radio Network.

The Crimson Tide was almost unstoppable from distance at the start of the game, pulling off a 17-0 run that took the game from 6-4 for the Tide to 23-4 just 5:30 into the game. The lead would reach as much as 31 points late in the half as Alabama made 21-of-32 field goals for 65.6% percent and actually shot better from three-point range with 14-of-19 from the arc for 73.7 percent.

The threes kept coming in the second half for the Tide breaking the Maravich Center mark for opponent three-pointers when they hit their 20th with about 12 minutes to go in the game.

The Tigers were led by Cameron Thomas who topped 20 points for the ninth time this season with 21 points. Javonte Smart his four treys in scoring 12 points and Trendon Watford had 11.

Alabama outrebounded LSU, 43-40. The Tigers had a 17-9 advantage in offensive rebounds.