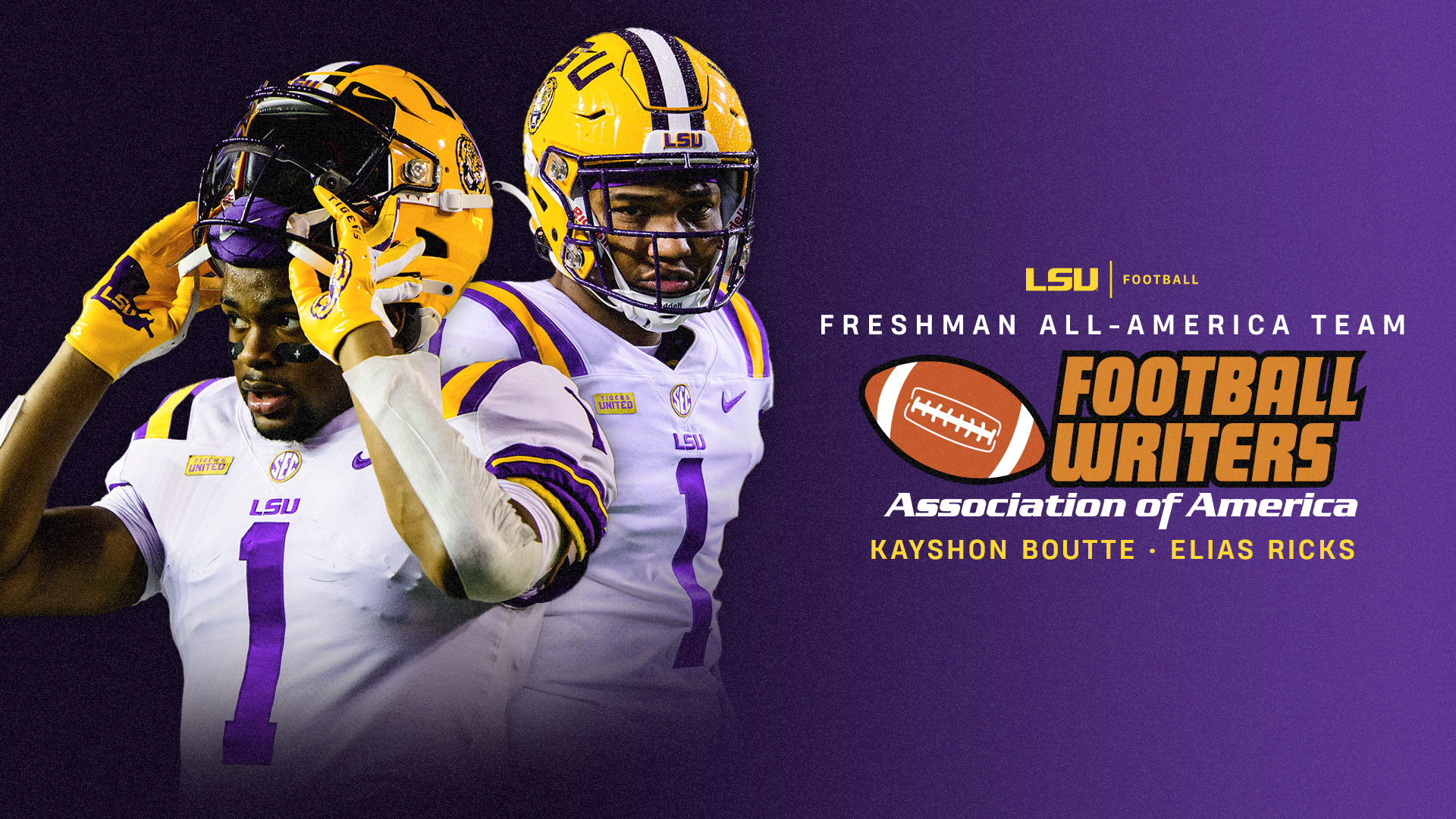 Boutte was also tabbed as the FWAA’s Freshman Breakout Player of the Year for 2020.

This is the 20th season the FWAA has honored Freshmen All-Americans. Ricks and Boutte become the 11th and 12th LSU players named to the team since its inception in 2001.

Ricks, who prepped at IMG Academy, had an outstanding rookie season, finished second in the Southeastern Conference and eighth nationally in interceptions with four. In 10 games, seven of which were starts, Ricks had 20 tackles and nine passes defended. He returned two of his interceptions for touchdowns, the second coming in LSU’s win over sixth-ranked Florida. His other interception return for a touchdown came in the win over South Carolina.

Boutte, a highly-touted receiver from Westgate High School in New Iberia, Louisiana, capped his rookie season with three straight 100-yard receiving games. His best effort came in the season-finale against Ole Miss, when he set the SEC record for receiving yards in a game with 308 and three TDs on 14 catches in the win over the Rebels. Boutte finished the year ranked No. 7 in the SEC in receiving yards per game with 73.5. In 10 games, Boutte caught 45 passes for 735 yards and five touchdowns.

Boutte had his breakout game against Alabama with eight receptions for 111 yards followed by a 5-catch, 108-yard, 1-TD effort in the win over Florida.

Boutte’s showing against Ole Miss was named the FWAA’s Freshman Performance of the Year.

A 13-person panel of nationally-prominent college football experts represented each of the FBS conferences along with independents in the selecting the team. Both true freshmen (17 players) and redshirt freshmen (15 players) were considered for the team and are so noted. Following is the complete, 32-man 2020 FWAA Freshman All-America Team: