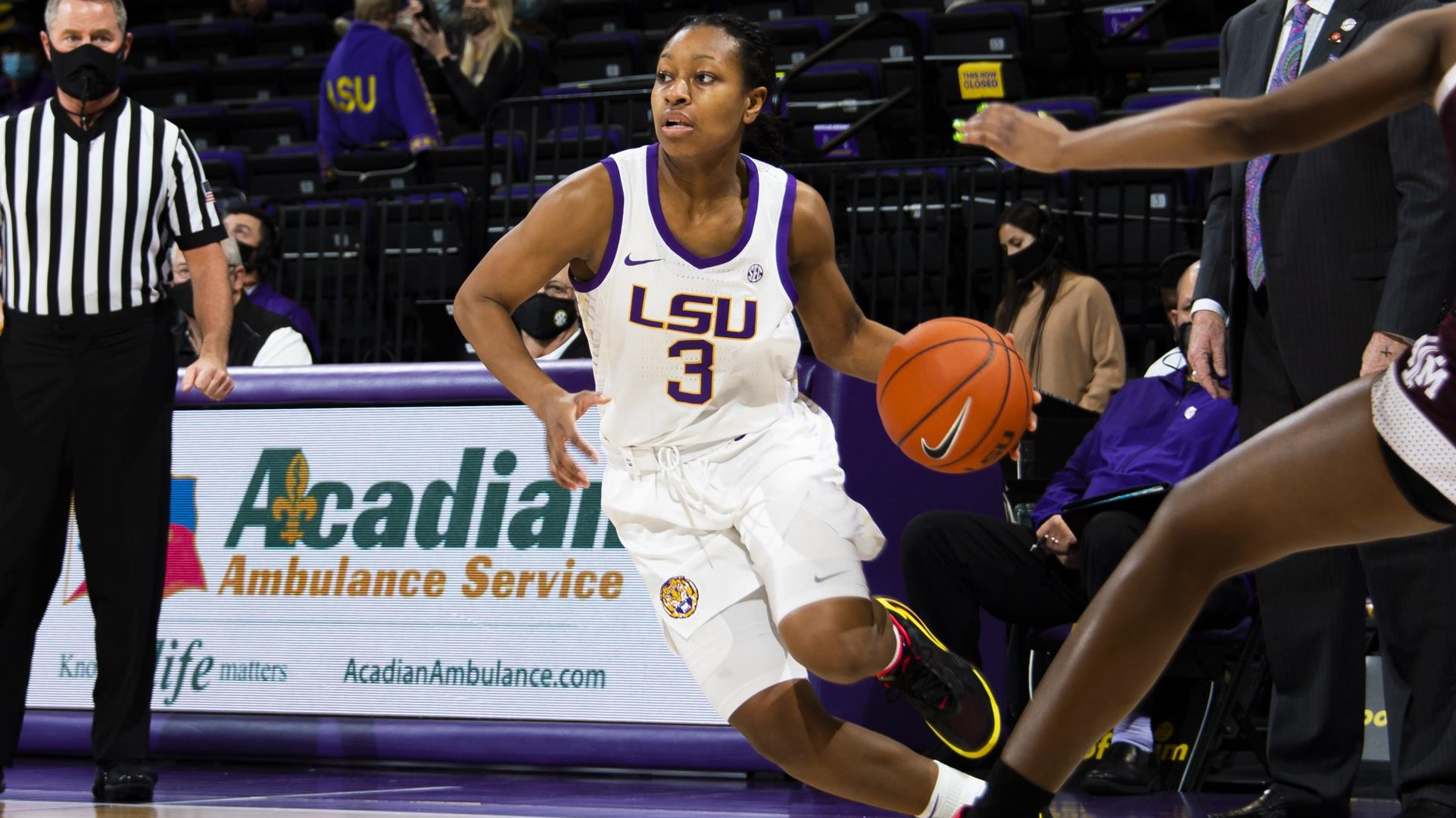 Senior Khayla Pointer added to the plethora of her high-scoring games, collecting 22 points. She added three rebounds and three assists. Redshirt-senior Faustine Aifuwa had another strong outing placing 12 in the score column with eight rebounds and an assist. Sophomore Tiara Young showed why she continues to be a crucial player off the bench. She had 16 points, four rebounds, and two assists.

Six out of the eight Tigers who saw time on the court nabbed a steal. Pointer, Aifuwa, Young, and senior Awa Trasi had two.

On the hard-fought victory on the road…

“It was a big win for us. You know, we’ve been in a lot of different situations this year. I told them in the SEC, no one’s going to just give up. In a team like Missouri, they’re never going to be out of the game because they can shoot the three. We were able to come away with this win, but there’s a lot of things that we didn’t do in the fourth quarter that we’re just going to have to come back and look at and say, ‘Hey, this is how we can get better.’ I’m really proud of our team in the effort that it took to come on the road and beat a very good Missouri team who offensively was putting up almost 80 points a game. We did a lot of good things in the first half to only allow 20 points but, again, we knew that they were going to come back and look to score the basketball. The play of Tiara Young off the bench—still key for us. Khayla Pointer, when she kind of got going there, that was big for us too. We got to take care of the basketball. I mean, this game is about possessions, and we had way too many turnovers tonight. I thought that was a big factor in why we weren’t executing because those turnovers started making our offense very choppy, but it also led to transition baskets for Missouri.”

On LSU making more plays than the opponent…

“Yeah, but Missouri also is a team that can turn you over by standing in there, taking charges that took possessions away from us. They got some play-action when they switched up their defense, and we started throwing the ball over each other’s head. Real lackadaisical passing and you got to keep your focus. To me that’s what handling the pressure or life is—you can’t have a lack of focus. You got to be very intentional about playing aggressively meaning every pass and also playing downhill. So, that’s what you need. That’s what you need to do for 40 minutes and take care of the basketball is a key, key part of that.”

On the percentage of shots going through the basket…

“Yeah, you know we are. I thought we had a really big quarter in the third quarter, that was our biggest point production, but in the fourth quarter, we had a lot of good looks. We had looks at the free-throw line; we left six points at the free-throw line; we missed some easy layups in the fourth quarter. You gotta have those. We can’t go a quarter shooting 27%, but another part of our offense has been the number of possessions, or field-goal attempts we’ve been able to get, and to only have 46 field-goal attempts, usually, we’re at 57, 58. Those turnovers really do matter when you’re trying to come on the road and get a W and luckily we’re able to cancel that out by turning them over 20 times. But that’s something that we’re supposed to do. That’s part of identity is to turn you over. We didn’t want that turnover, or that category to look, equal or them equal that out. That should have been an advantage for us.”

The Tigers will have a midweek break and return to the Pete Maravich Assembly Center Sunday, Jan. 24 to take on the fifth-ranked South Carolina Gamecocks. The matchup will be televised on the SEC Network at Noon CT. As always, you can listen to the Voice of the Tigers, Patrick Wright, broadcasting on 107.3 FM in Baton Rouge.